Up before the sparrows this morning. Had a chat with the Volunteer Marine Rescue folk before the sun came up. They overlook the bar from way up on the hill so the view excellent. I could see where I came in yesterday which he described as the “old trawler channel”. He reckoned to get out just stick to the south wall, pick your time and go like blazes for 30m and it’s all over.

I approached a large washing machine that they call the bar and did as he suggested. Only went through one wave, just made it over the next and then I was out. It was a bit bouncy all the way round the Dirrawong but smoothed out when I got to the long beach that runs to Woody Head. Visibility was poor due to mist but I eventually saw Woody Head just above the sea and at about 20 degrees to my left. Shorter is better so I headed direct for it which took me out about 5km.  At 10.30am the wind came up and it was a breeze, so to speak, into Woody Head arriving about 11.45am where Lyn had been waiting for 15mins.

Arrived at the Clarence about 1:15pm after cruising with sail up nursing my blisters. Got to the Iluka pub about 2.30pm and had a couple of beers and a feed before heading over to Yamba for the allotted greeting at 5.00pm. The southerly hit at 4.00pm bringing plenty of rain so it was a rather bleak group that greeted me but we all enjoyed the rain after such a long dry spell.

No paddling tomorrow because the southerly is expected to be too strong. One radio interview at Yamba then up to Ballina to do something about the VHF that karked itself just after I left Ballina.

Day log 47.9km ( but that included a side visit to the Iluka pub) 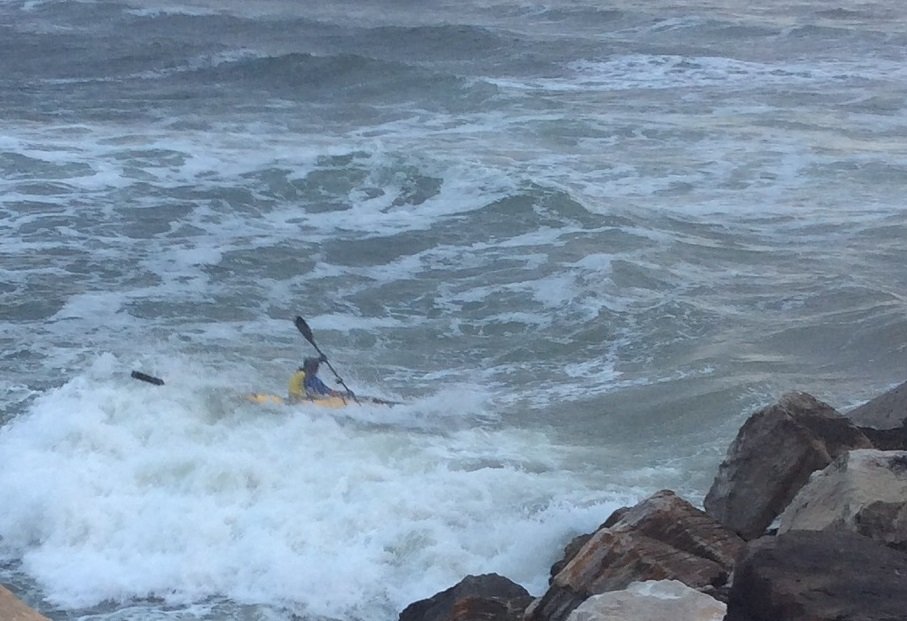 Into the washing machine 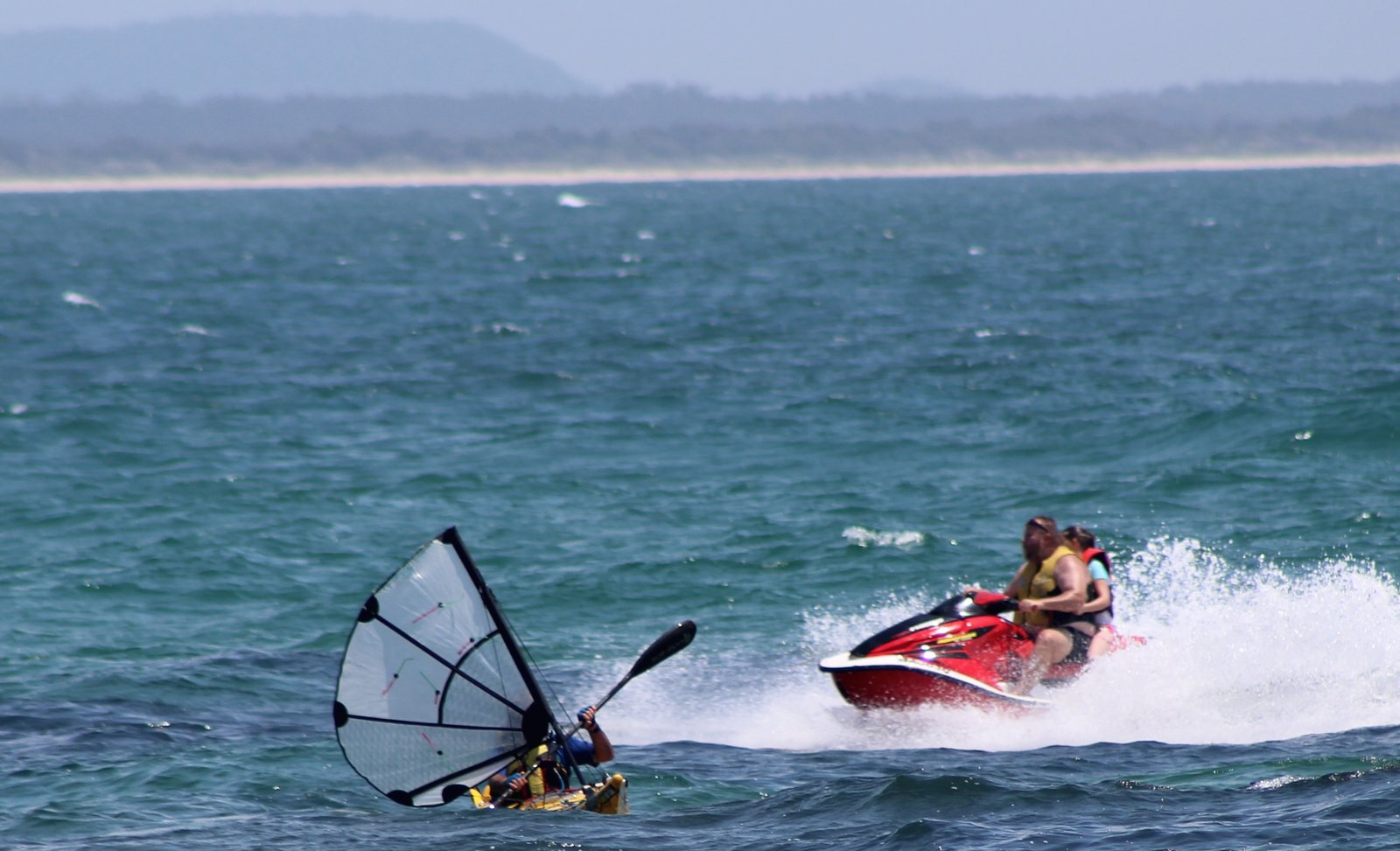 Arriving at Woody Head. One gun, one bullet, that’s all I needed. 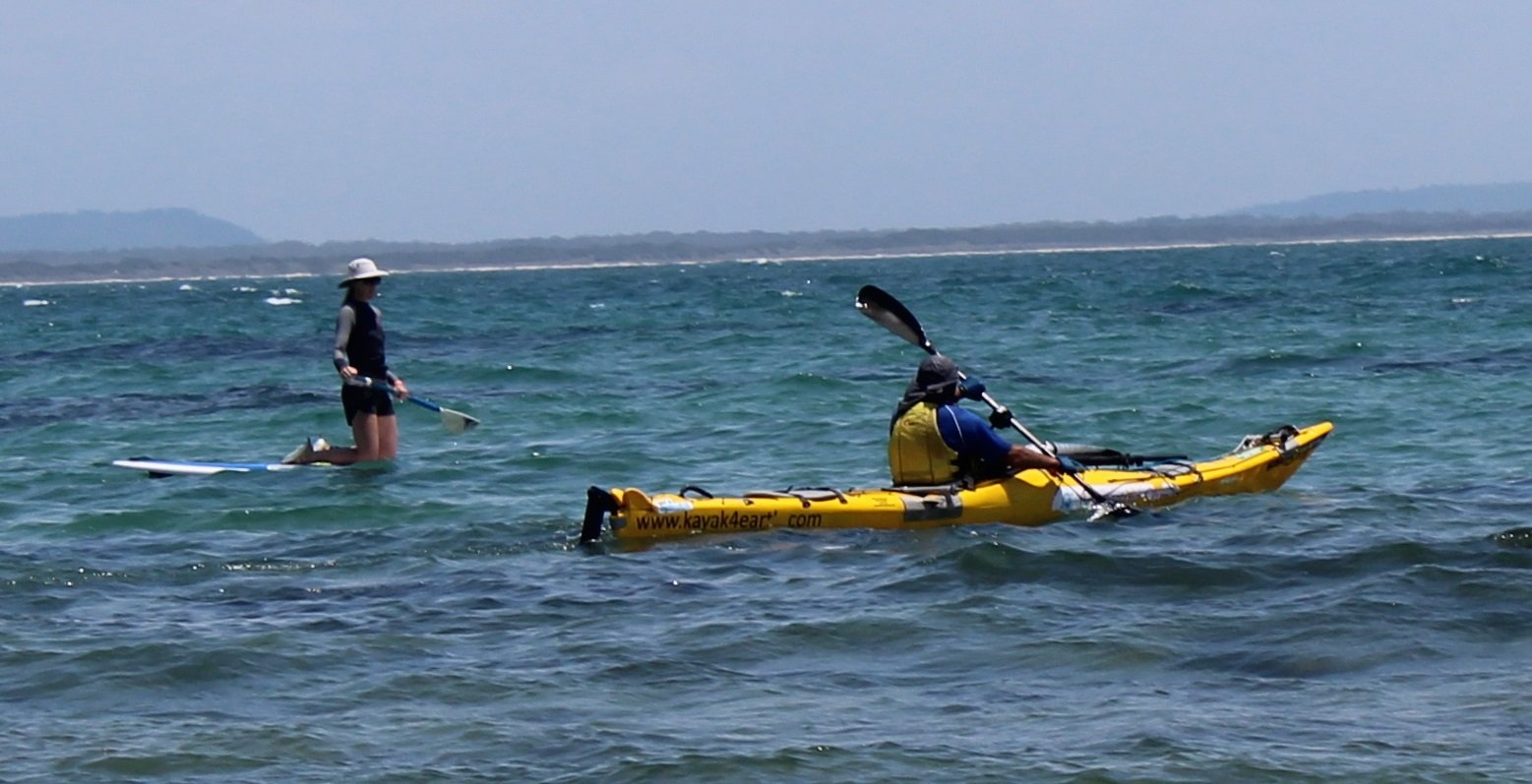 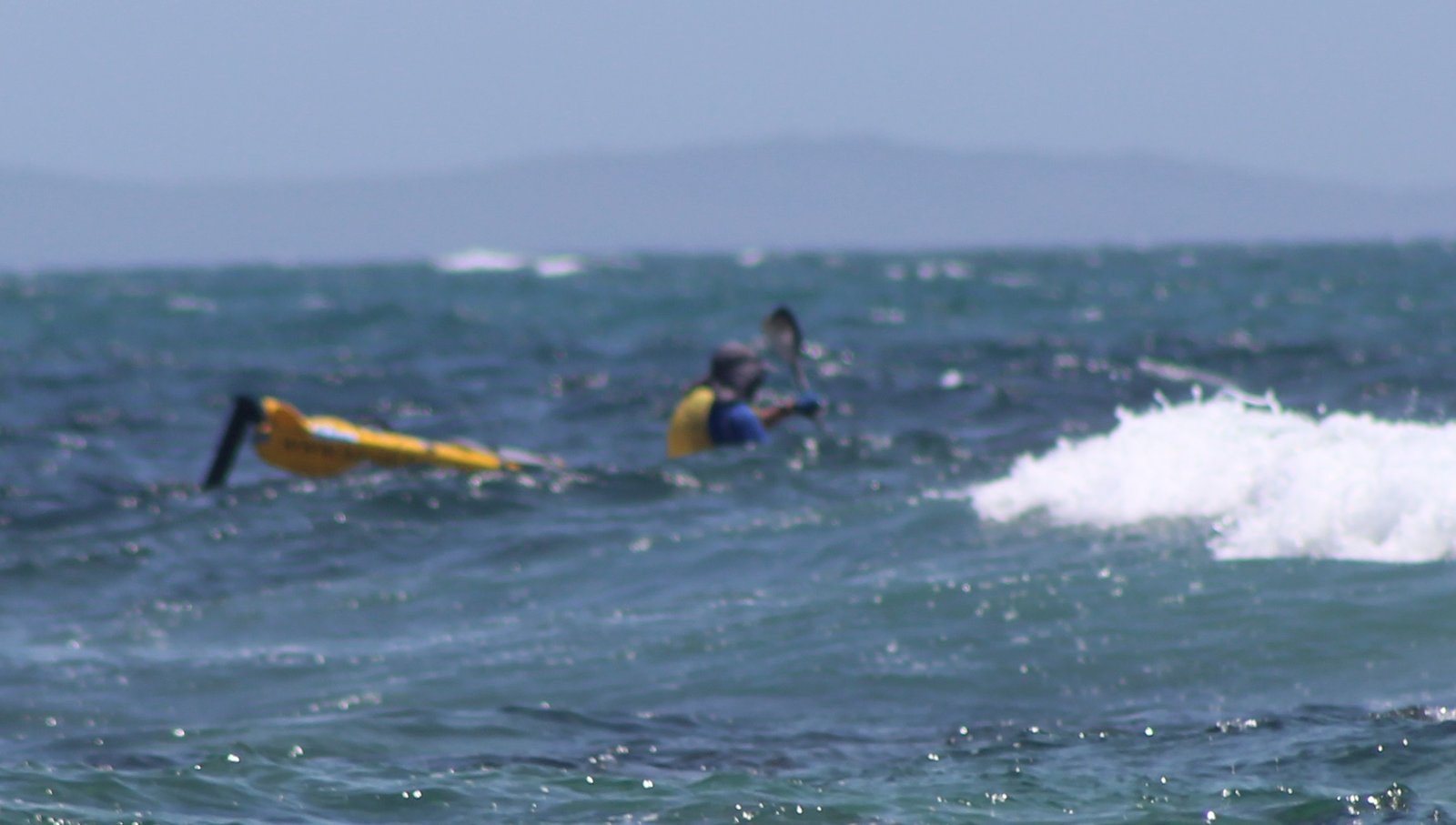 Another great day at the office 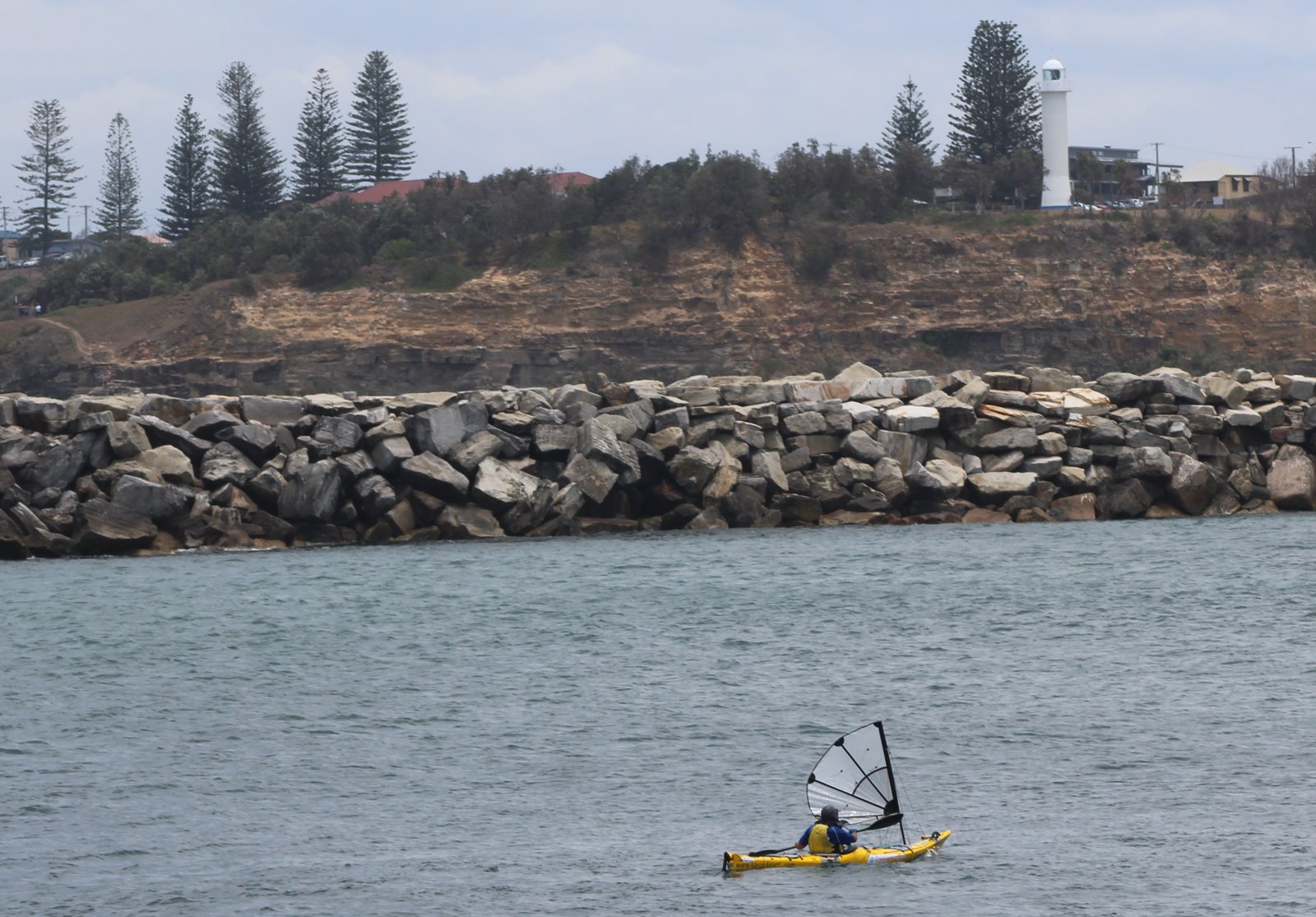 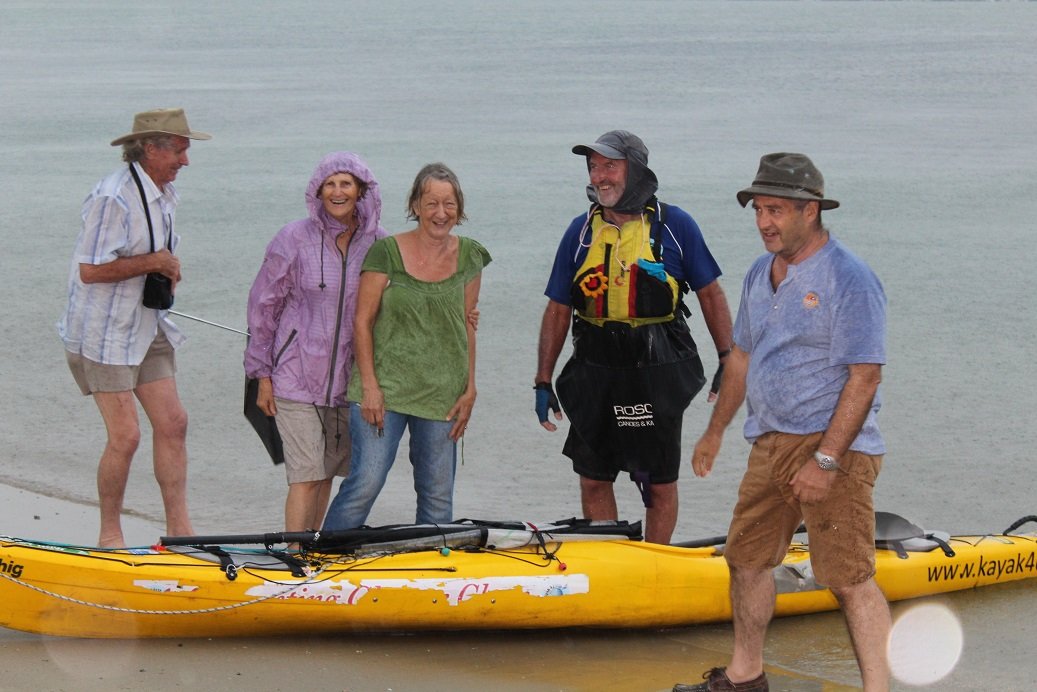 That’s not all. More came. 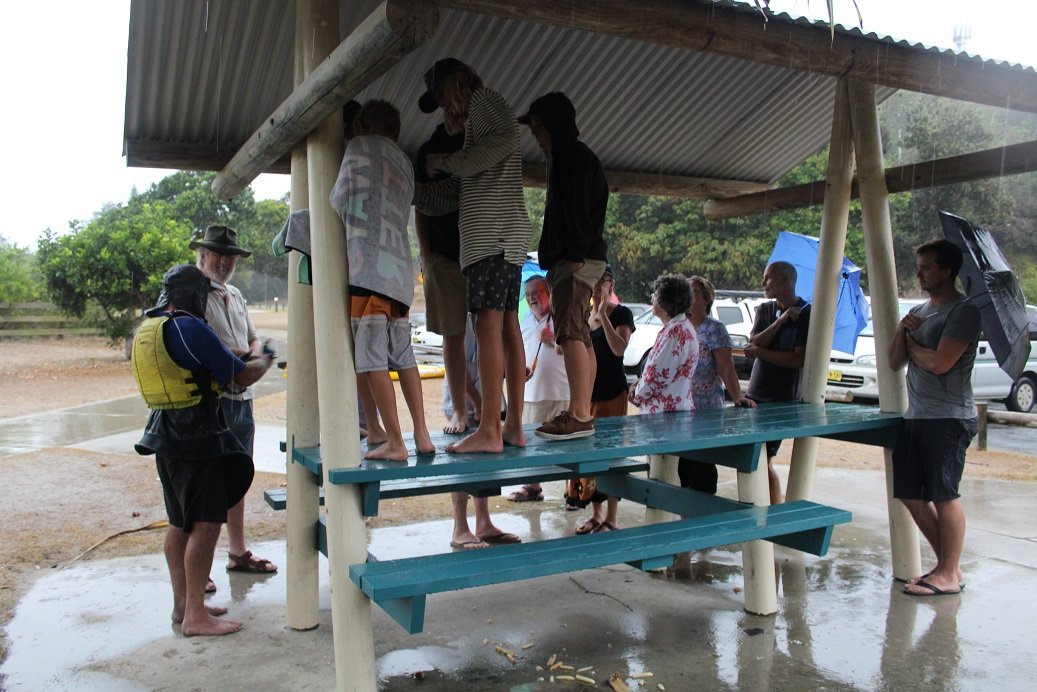 But some wanted to stay dry. That’s councilor Greg Clancy welcoming me