Meeting at Rye Harbour the air was a crisp eight degrees and the sun was out. The wind was offshore but the horizon was a bit lumpy. This was the big day. I felt a very long way from home and that I had been away too long and missed my kids and grandkids too much. This is all about them and their generations though. The world has gone mad and we all need to understand how serious the problem is.

Two degrees warming is dangerous, perhaps catastrophic. CO2 poisoning is over 400ppm and we need to get back to 350ppm to be safe. The world will try to get agreement in Paris on only burning enough fossil fuels to limit warming to two degrees. Known reserves of fossil fuels are five times those required to keep warming below two degrees. The fossil fuel industry spends US$700B per year looking for more.

If these simple facts do not scare the living daylights out of you then you are not thinking.

The paddle across the ditch on the other side of the world reinforced all of this. It also reinforced the refugee issue which is huge in Europe and Britain at the moment. The Syrians who have lost everything, who despair, who die; this is the tip of the iceberg. Scientists have warned us for three decades that we would see unprecedented refugees from climate chaos. They warned us that even the average person would see that by 2015 the climate was becoming more extreme. The US military has long said that displaced persons posed the greatest world threat.

Should we be surprised then, that 1.5 million Syrian refugees displaced when their fertile lands turned to dry sand, congregated first on the outskirts of cities along with displaced Iraqis, and then fled to wherever they thought life was sustainable? Should we be surprised that this fomented extremism in the more radical, that something like ISIS formed? Maybe we should be surprised, but if we are told something is likely to happen and then it happens, it seems to me that to not connect is disingenuous.

Burnt feet in Canberra, mountainous seas with 20 knot onshore wind towards 100m high cliffs south of Sydney, fog and extreme currents going up a flooded Mississippi River, an enormous sense of achievement paddling past the statue of liberty in New York, and then paddling across England and on to France: wow! I feel humbled, tired and just a little angry that stupid, greedy people have made all of this necessary to me.

The paddle itself was a doddle, a walk in the park. It was legal, it was safe and it was easy because I was aided by Full Throttle, a small company specialising in escorting paddlers across the channel. The French side was overcast and cool and the water a lot rougher but it was fine. The big issue was understanding just how fast the current moves up and down the coast. Seeing it first hand made me understand that the trip down to the mouth of  the Seine  needs to be timed with the tides. 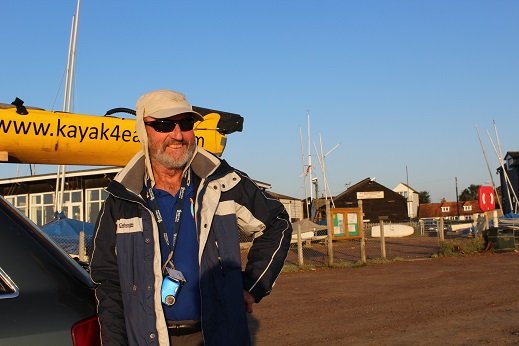 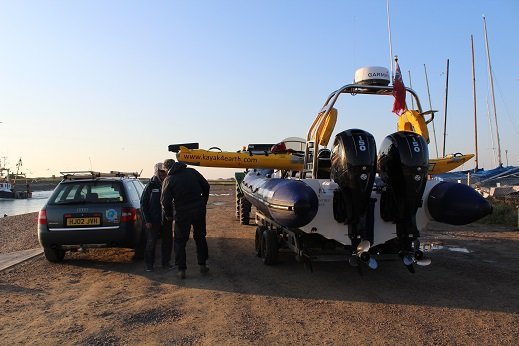 Starting with calm seas, follow the sun (and the boat ahead) 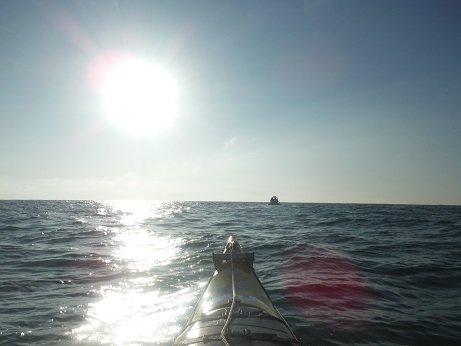 My guess of the route 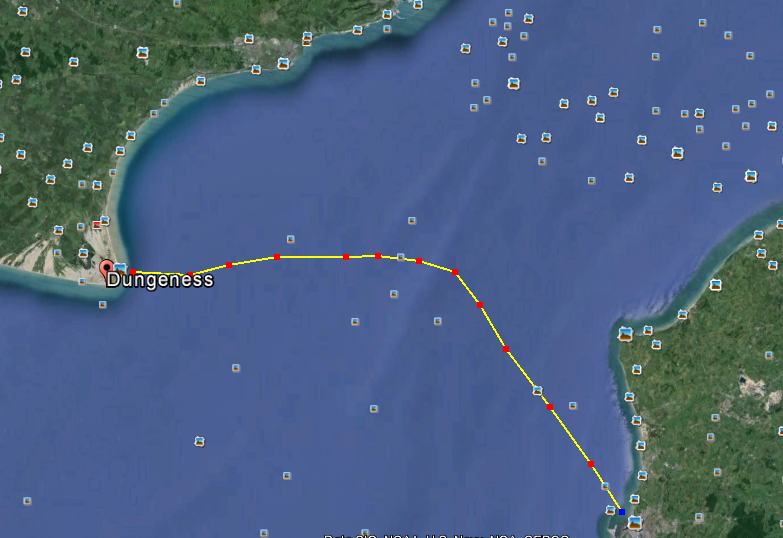 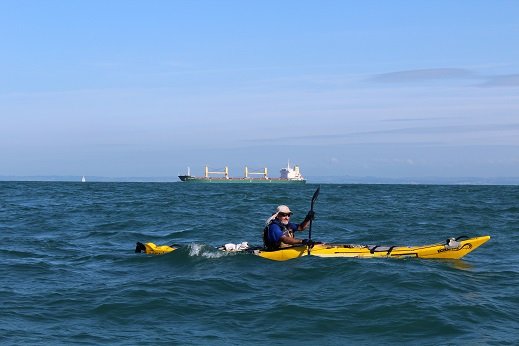 France – from the cockpit 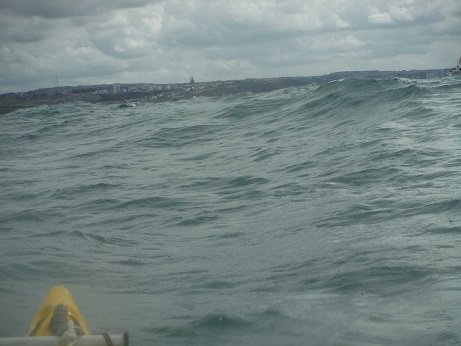 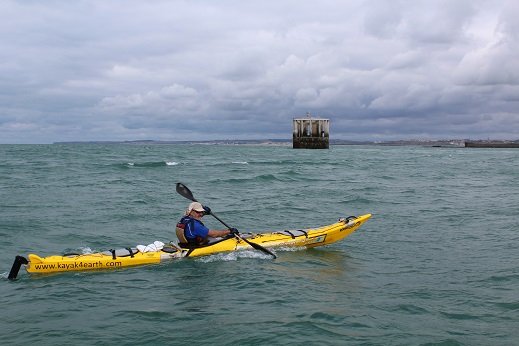