Andrew Glikson, a Canberra-based geologist, is an exception. No better description of the Earth system exists than his Evolution of the Atmosphere, Fire and the Anthropocene Climate Event Horizon (Springer; $106.95), though the slender volume is not for everyone. Its concise, technical language will be heavy going for those with little geology or chemistry. It is, however, a must-read for every engineer and geologist who is in denial about anthropogenic global warming.

At the book’s heart are a series of complex interactions in which the Sun, greenhouse gases and life itself influence conditions at and near Earth’s surface. Here, we are talking of fundamentals: Is the air breathable? Are the oceans acid or alkali? Does life prosper or not? Glikson’s areas of expertise include asteroid impacts and Earth’s early evolution, but he’s no less masterful at describing the changes wrought by the industrial revolution. Earth is revealed in all its manifestations: from an oxygen-free infant with toxic oceans and precious little land 3 billion years ago, to an ageing planet destabilised by a plague of bipedal apes. His description of the ocean during the “greenhouse Earth” episode of 55 million years ago offers a good example of his style:

This neatly summarises countless hours of research, and describes an Earth whose atmosphere was so supercharged by greenhouse gases that the acidifying oceans led to mass extinctions, ecosystem crises and an ocean floor corroded red with acid. Only when conditions are reduced to such simple terms can meaningful comparisons between various crises in Earth’s history be made.

Evolution of the Atmosphere is not all numbers. Glikson’s greatest insight concerns humanity’s acquisition of fire. The massive energy flows and consequent chemical changes unleashed by controlled combustion have, he demonstrates, unbalanced the Earth system, and are now pushing it into a new, hostile state. As Glikson puts it, “Planeticide emerges from the dark recesses of the prehistoric mind, from the fears of humans watching the flames round camp fires, yearning for immortality.”

So how grave, in comparison to earlier episodes in Earth’s history, is current climate change?

Glikson is telling us, in his own precise way, that the coming extinction crisis may well be worse than that of the greenhouse Earth of 55 million years ago or the extinction of the dinosaurs 10 million years earlier. In the last decade, he writes, “it was becoming clear that Homo sapiens was not going to undertake a meaningful attempt to slow down, arrest, or reverse global warming”.

Writing perhaps of his own awareness of the impending apocalypse, he says that “human insights into nature entail a terrible price”. I’m not so sure we are doomed. There are dawning indications that humanity is using this critical decade to curb at last the use of fossil fuels. Each wind turbine, each solar panel, and each development in battery technology and electric vehicles is a skirmish won. There is no doubt, however, that much remains to be done if we are to stave off Glikson’s predictions. 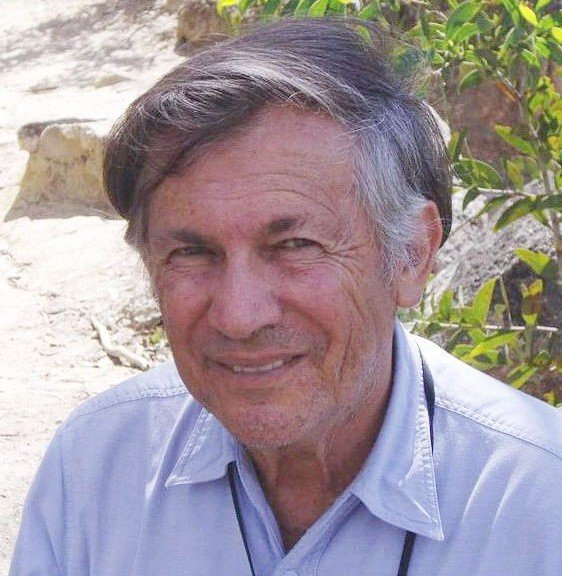 Doctor Andrew Glickson’s paper, Fire and Human Evolution, measures the amount of energy, carbon and oxygen stored or created by plants in early geological ages and its rate of release throughout human history.

It breaks the era of human intervention in the Earth’s systems (the Anthropocene) into three distinct phases.

Glickson concludes that the discovery of fire leads directly to the consequence of runaway climate change.

“ It would take a species possessing absolute wisdom and total control to prevent its own inventions from getting out of hand.”

This provides academic rigour for the simple contention that by burning a billion years of sunlight in a little over a century we are inevitably going to warm the earth enough to lead to climate chaos.