Paddled over to Magnetic Island. Everyone told me it was 8km. Reckoned I must be just slow after bashing into a 15-18 knot Nor-easter. Even got a bit queasy bouncing up and down. Lunch was scheduled at Wendy Tubman’s place and I think I just managed to get there at a reasonable time. 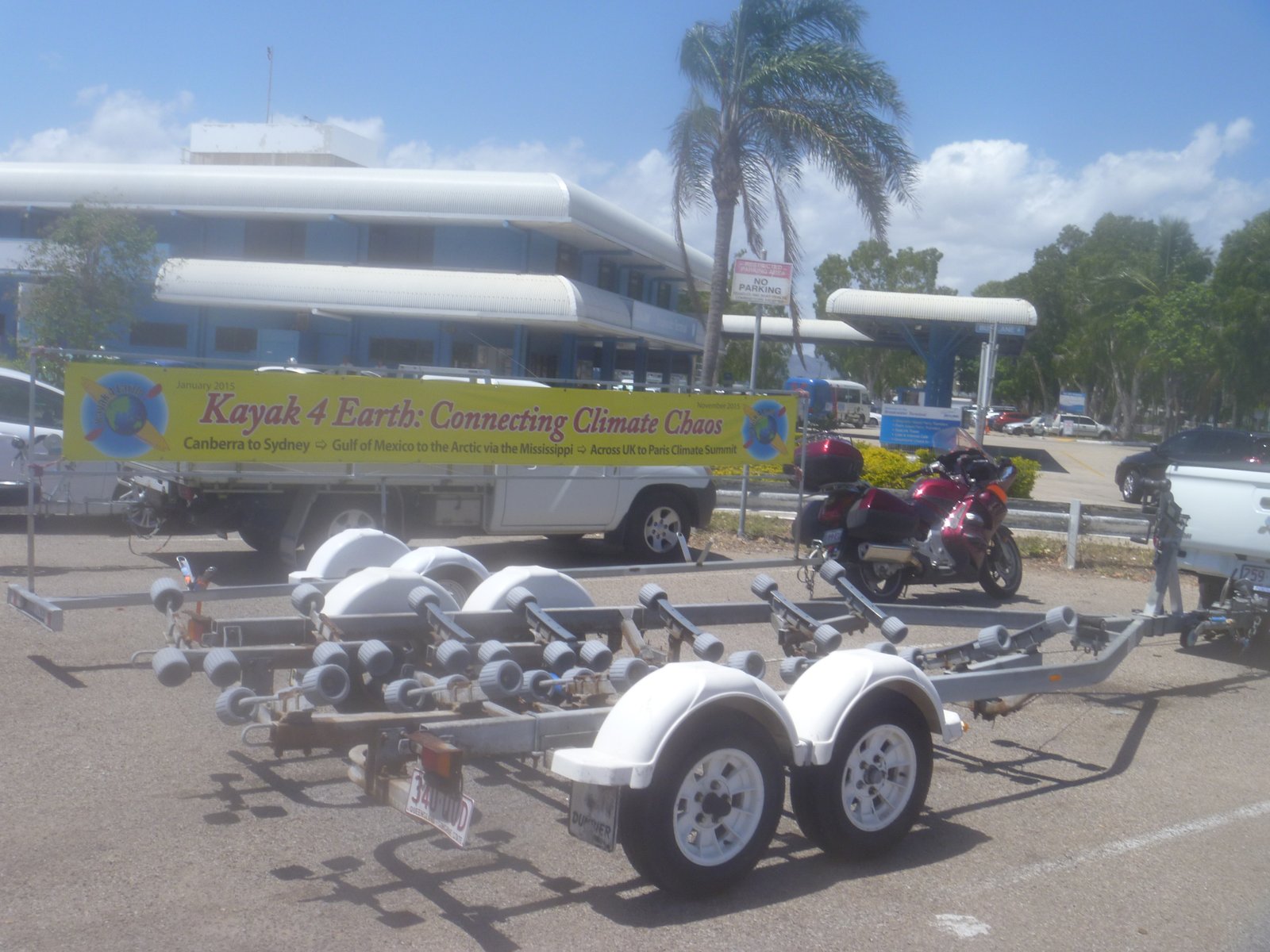 The walk was painful because I had forgotten my thongs. It was less than a kilometer and the kayak rolled well with its new wheels, but the road was bloody hot. It took five days for my feet to settle down after it. Probably looked a bit funny I suppose, trying to run, pull the kayak, and use it to launch myself into big astronaut moonwalking type steps so my feet were on the road less. Wendy took me to the IGA supermarket where I spent the best $12.95 ever on a new pair of thongs, plus beer to cool the inside. 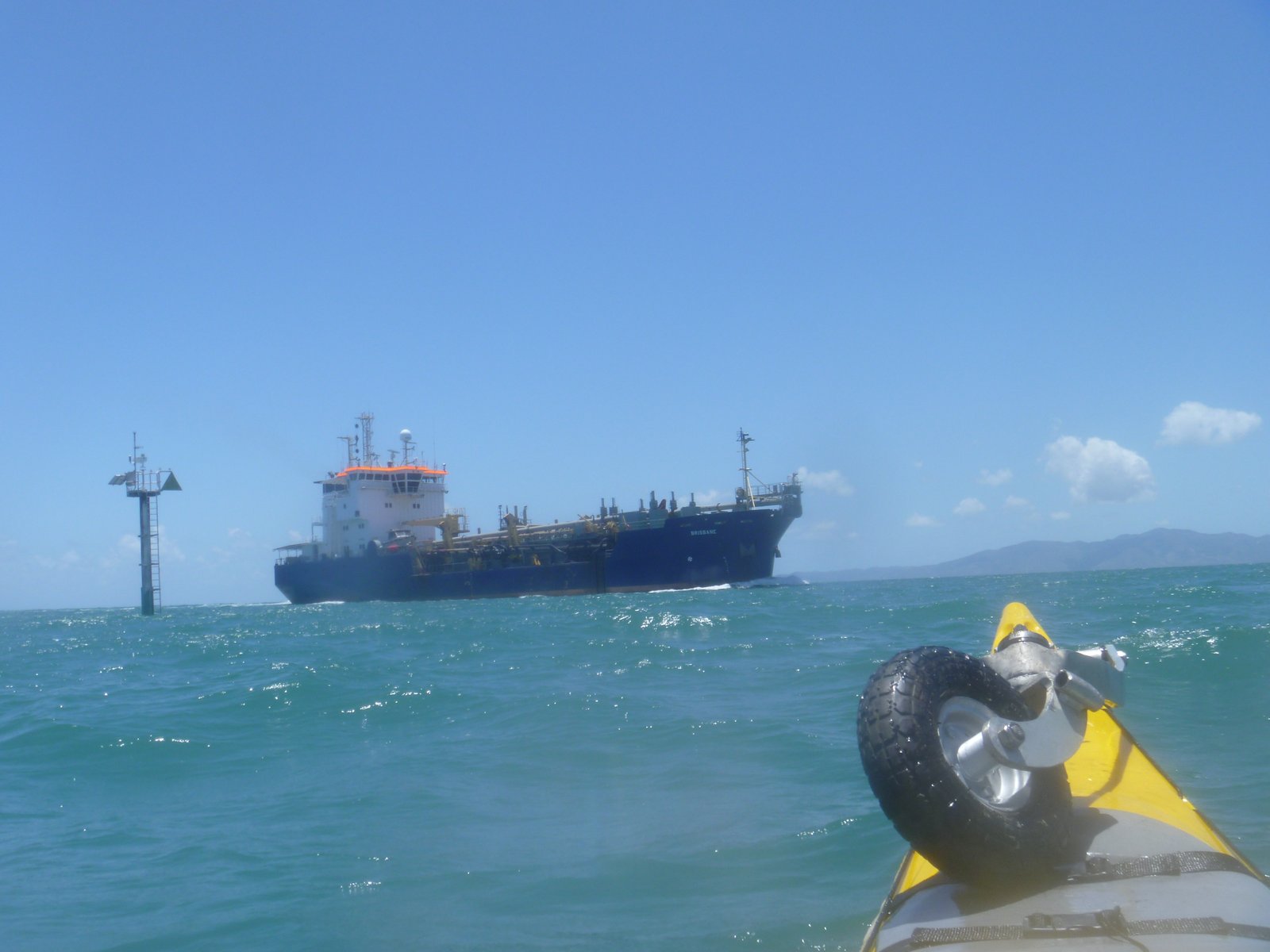 Wendy is a great campaigner and manager for North Qld Conservation Council. She is paid for 15 hours per week but works more than 50 and rarely has time off. I was humbled many times on this trip by the dedication of the people that give their lives to making the world a better place in the face of arrant stupidity by government and industry.

Nearly back to Townsville 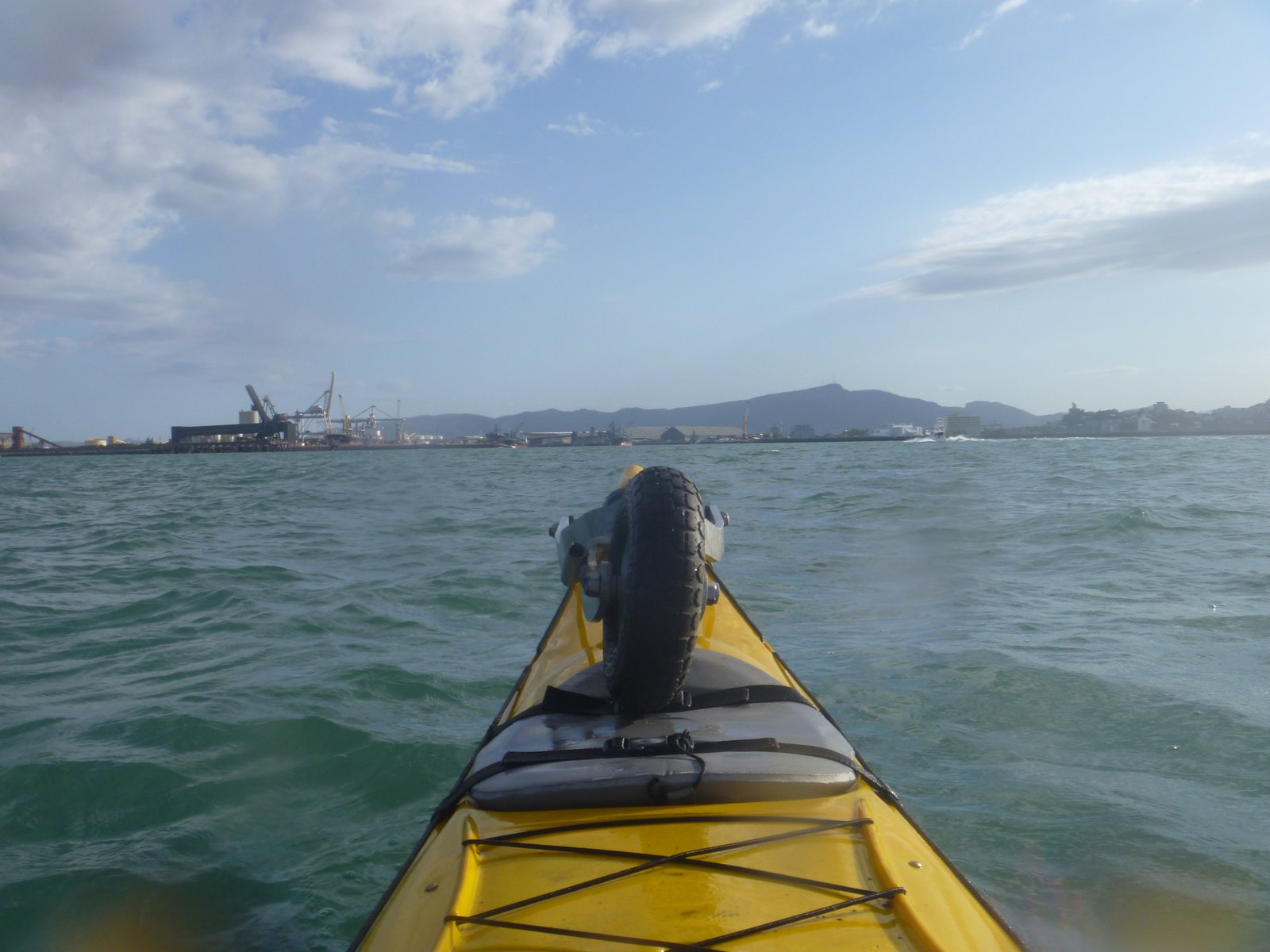