At 9.30am I passed a small island and the wind was up again, quite strong, but with enough west in it to allow the sail to work on a tight reach and still aim for Norah Head. We didn’t connect at the 9.30 radio sked, nor at the 10.00am nor the 10.30am by which time I was almost at the lighthouse. Bugger I thought, and turned right to Nora Head beach. There was a crowd on the beach so I went to the western end and slid up onto the beach behind a half metre wave. When I called Warren on the phone I learned that he was concerned  that I might be ahead and had gone to The Entrance. Same thing happened with Andrew in England at the Deal Pier and Lyn and I had that problem, so I really should have briefed Warren. Anyway he knows now that I don’t go past the point we last talked about, particularly after three missed radio skeds.

I took the time to eat and drink and headed back to the water. The shore dump was a bit difficult so I stayed up the beach, knuckled down into the surf after stretching the skirt over the cockpit and promptly had a wave wash the front of the kayak back up the beach so that I was sideways. No alternative but to release the skirt, get out and start again. With the nose aimed slightly left the next attempt was more successful but crashing through a couple of head high dumpers washed the tow rope back onto the skirt. Minor problem.

The wind had dropped to nothing so it was an easy paddle around the lighthouse where I could see The Entrance. At 11.30am Warren and I connected and we had no problems with half hourly skeds for the next four hours but the wind came from dead ahead and kept progress to about 4km/hr. Eventually I got behind the point south of Bateau Bay and out of the wind. With no wind it was bloody hot and the smell of the land was strong.

A really interesting experience during the day was that the southerly winds were hot. Westerlies can be hot but southerlies? As the westerlies were building north of Norah Head  a heat haze shimmered on the water like you see over a hot road. I have never seen that before either.

Warren had gone ahead and confirmed with Doug that we were behind time but would 4.00pm at Terrigal be OK? Doug said yes so I aimed directly at Terrigal and blasted into the breeze. Doug met me just after 3.30pm out on the water and pointed me in the right direction to the surf club where everyone was gathering. His was a white water kayak, way slower than mine so he had a harder time battling the breeze but we made good time and rolled onto the beach before 4.00pm.

When I was doing an interview the phone rang twice but of course I couldn’t answer it. Got back to them about 4.10pm. It was the Terrigal Marine Rescue checking with me. I had said ETA 16.00hrs. Man are they on the ball.

Warren is writing about the welcome people. I’m going to sleep. 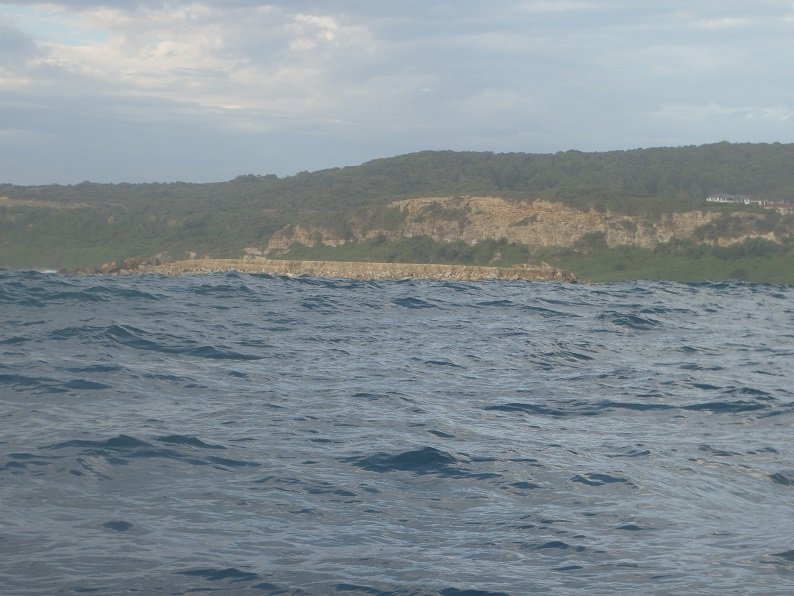 Surely that flat top outcrop into the sea is man made 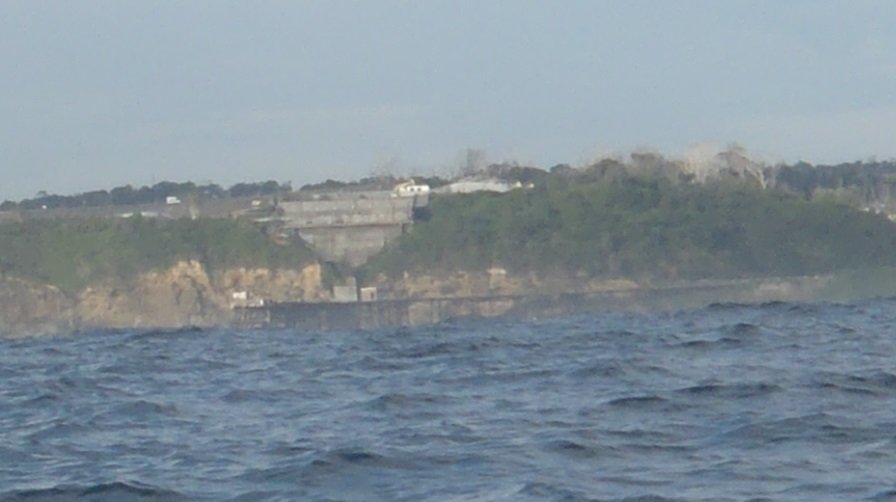 Catherine Hill Bay wharf but what is that concrete structure?

Looks like a new subdivision. Moonee Beach won’t be the same with that there 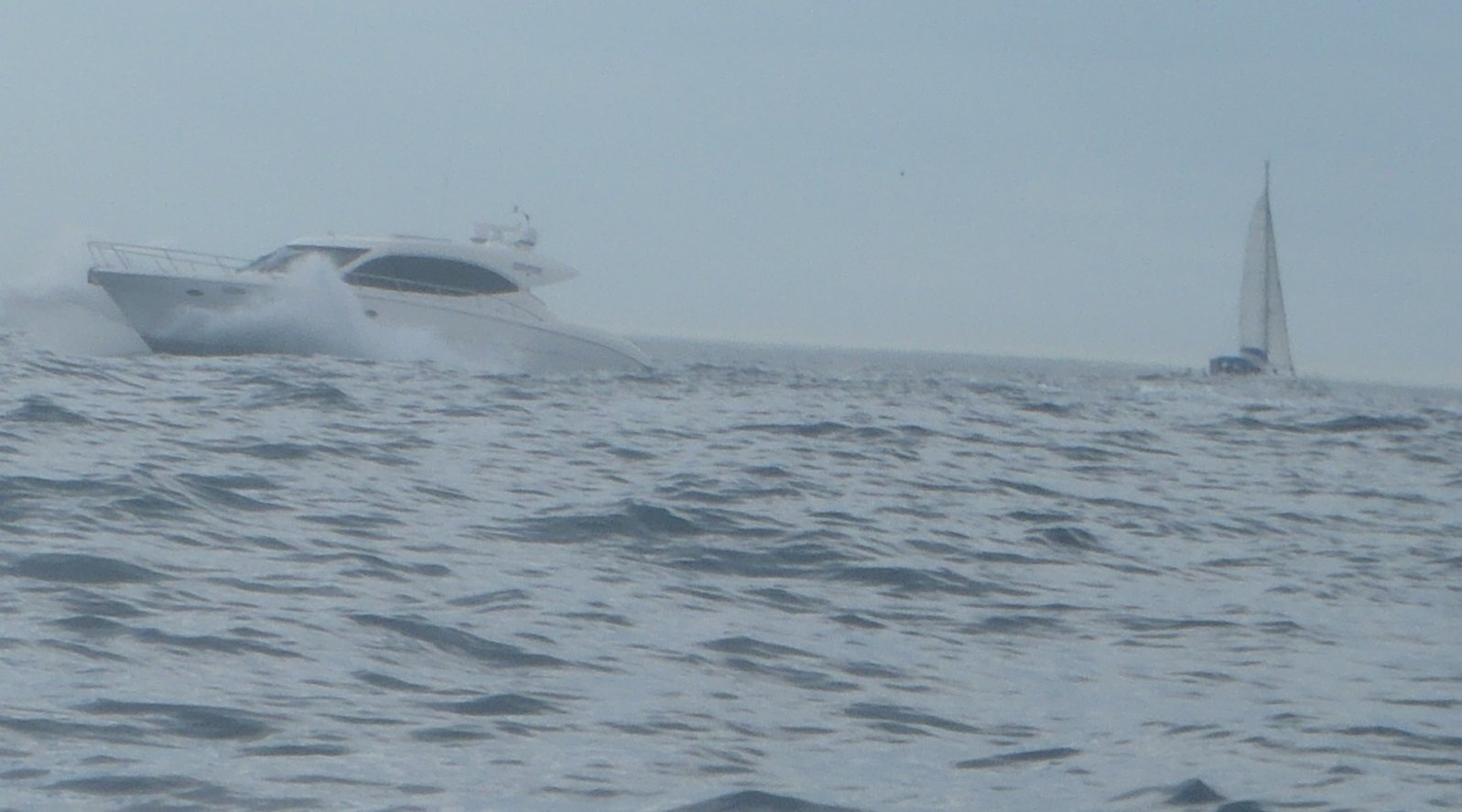 Company on the high seas 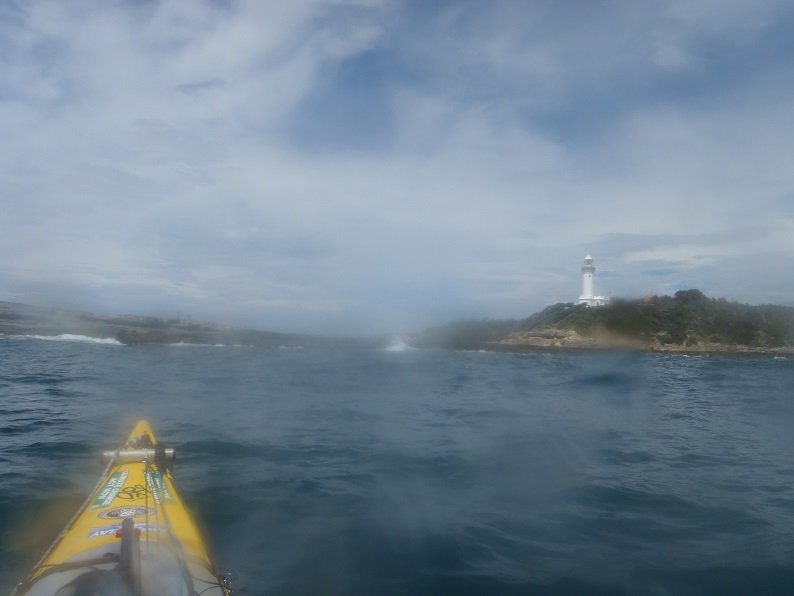 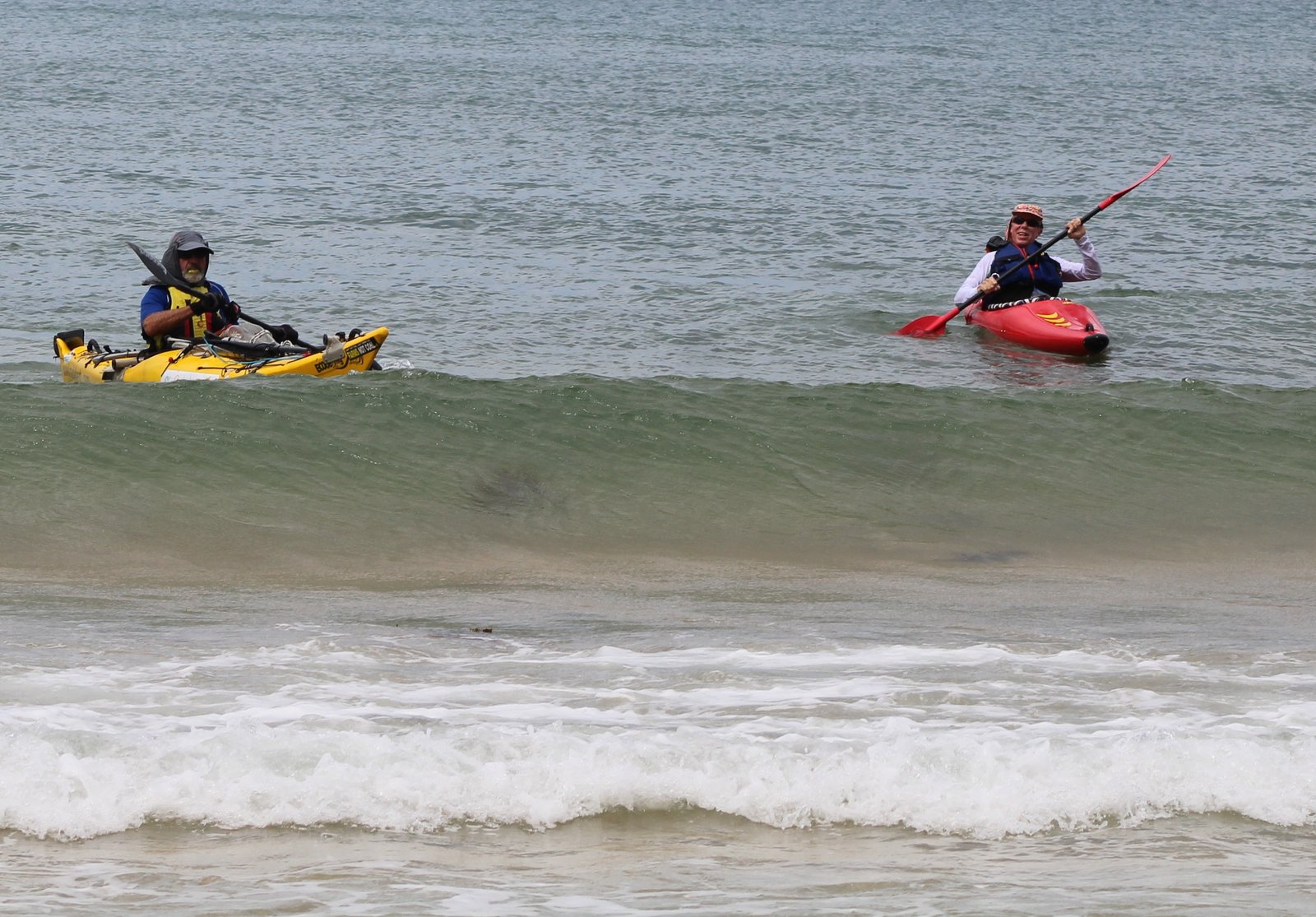 “Hi Steve, after you” says Doug 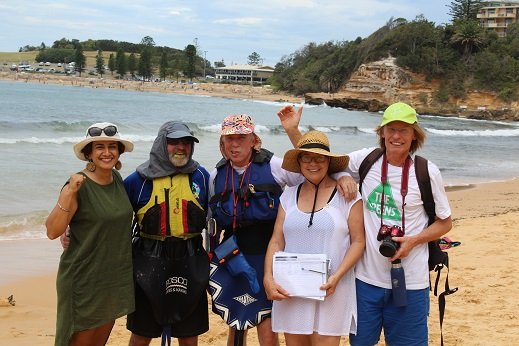 Welcome to Terrigal. Hale, Doug, Cath, Wolf.  Cath was the petition warrior gathering signatures from the beach. Go Cath! Doug was the contact and organiser. 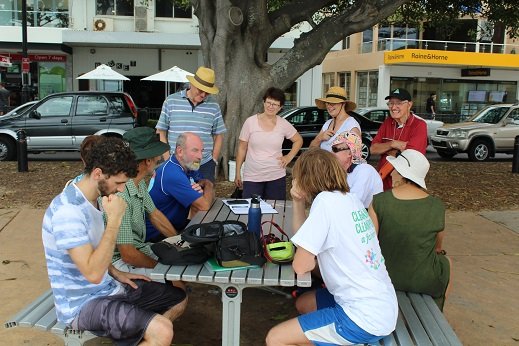 Telling stories. After a word from my daughters Heidi and Amanda I have been telling the grandkids stories from my trips. Their parents can read them books. After 12,000km you do gather a few good ones

Warren      DAY 2   Today started with some trepidation about the forecast of 42 degrees, and a very long paddle for Steve. Still being an apprentice with the camera, I didn’t get as many good photographs as I would have liked, but I’m getting better. The trick for me was anticipating where Steve would be for the radio checks, and how long it was going to take to drive to good strategic points such as headlands for the radio checks, and the ever hoped for but elusive photo shot. Today was my real opportunity to get to know my role, and its importance for Steve

It was a great day, the heat was a real factor, but after a nine and a half hour paddle, Steve reached Terrigal, the destination for the day.

As Steve approached the appointed landing place at Terrigal Surf Life Saving Club, Doug Williamson paddled out to meet Steve almost out of site from the beach, and to escort Steve in. It was great to see them arrive together, and to be met by a group of supporters, Hale, Cath, Wolf, and of course Doug, who had arranged the welcome. I know Steve was very appreciative of the welcome, particularly in light of his arduous day on the water. A number of other supporters joined the group as we sat and chatted in the shade of a tree.