Headed out of Ulladulla harbour with a strong easterly wind in my face. Warren took some photos from the harbour wall and then went off to talk to the Marine Rescue people. They have a good view of the bay so he watched me come back in with my tail between my legs.

I got about 2km out before I made the decision to abort. Because I don’t know the coast I wasn’t sure there was anywhere decent to get back to shore. My radio had melted on the charger and I thought communication with Warren from a rough sea would be fraught with problems.

We managed two radio interviews in the morning and a drive to Moruya to see the 350.org people organising the events there. Lyn Smith showed us where I would be speaking on Friday evening 17th and where I would land on Tuesday 14th. Allan Rees also lent us an FM radio which was a great relief. The coast south of Ulladulla is not easy to get to, mobile coverage is sparse and there is a significant swell. Let’s see what tomorrow brings but the plan is to go all the way to Malua Bay which is just south of Batemans Bay. Winds look good. 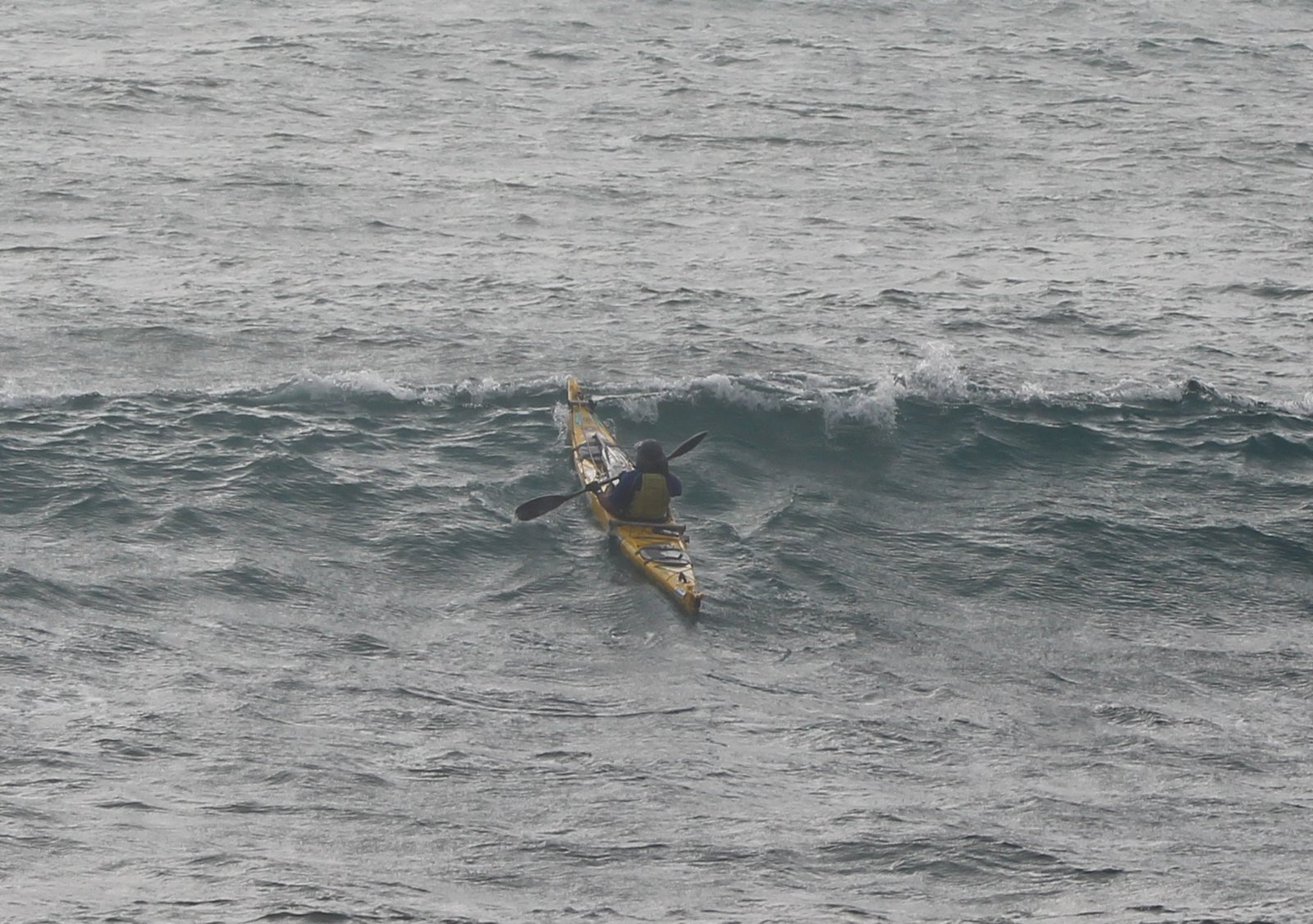 Just outside the harbour. 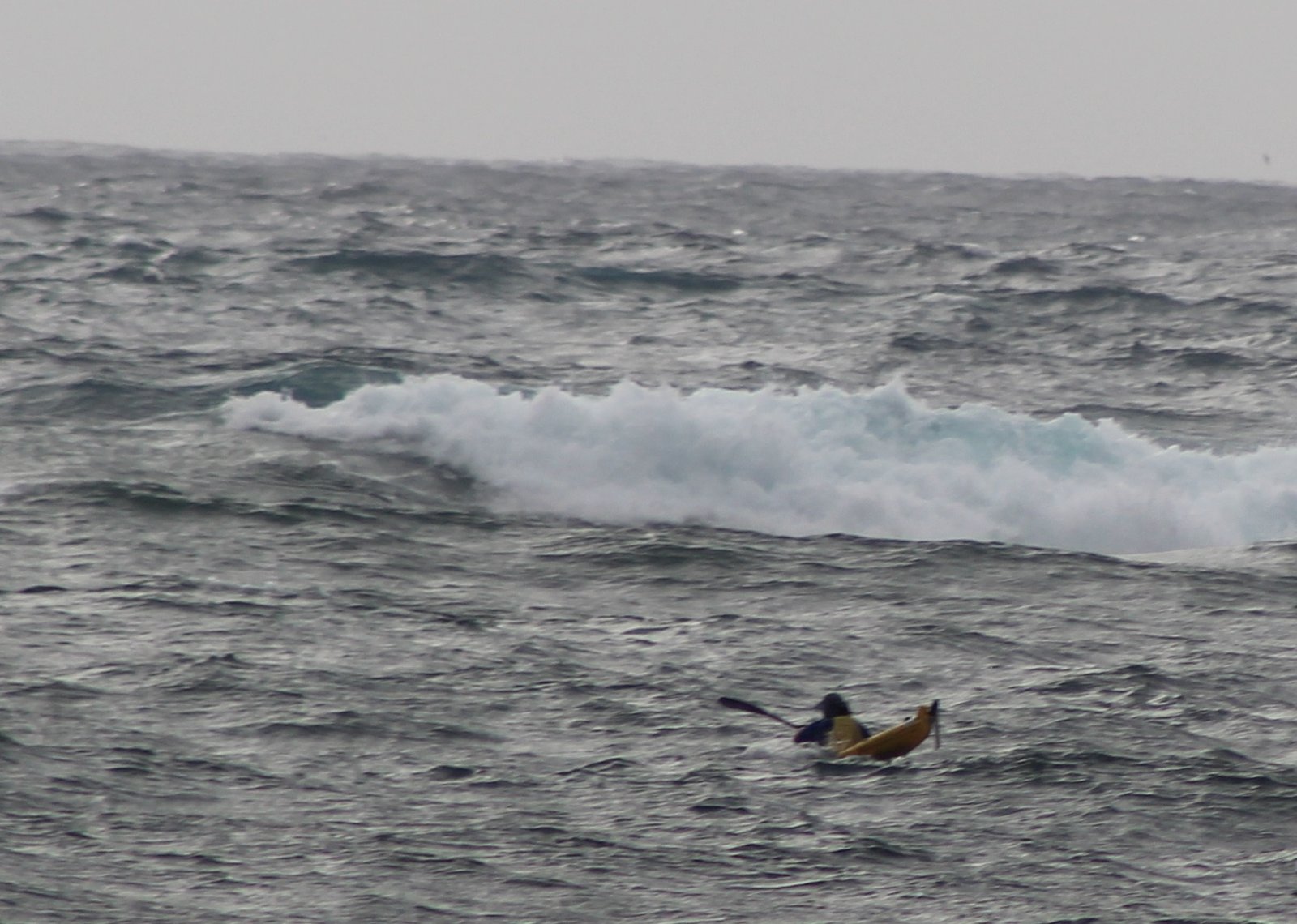 Bit of whitewater out there. I turned around after about another kilometre and retired gracefully