I reckoned that the wind was not from the South East which was what the BOM site said. We had learned many times that the BOM is not infallible and that it is a valuable tool to be used in conjunction with personal observation and experience. Turned out it was from the south west but I had to get out on the sea and use the compass to be sure.

The entrance of Lake Conjola is very shallow and the wind was blowing along the beach but only about 12-15 knots. Unfortunately it is not big enough to create its own channel so the trip out through the waves was a bit wet.

I stayed close to the coast because the wind was from the south west and therefore not as strong close in. Behind headlands it was almost calm. It was not until I was right at Ulladulla that I saw the harbour. It was tucked well back giving what looked like perfect shelter. Getting in before the wind strengthened and turned from the south was a stroke of luck. We went to the local Milton & Ulladulla Times to do an interview. With the wind blowing the rain horizontal all I could think about was my good fortune not to be out at sea at the time.

There was supposed to be a welcome at the harbour but no-one was coming out in that weather so we had dinner at the pub. Both of us really enjoyed the conversation. In fact conversations have been an important part of the trip – meeting people, finding out how they cope, learning of their experiences. We have met many brave, intelligent people who simply accept what the science is saying but form opinions on what that might mean. Everyone knows that the writing is on the wall. The end of civilisation as we know it may happen even in my lifetime but opinions on what that means varies. None of it is good but everyone seems to agree that mankind will survive in what might even be better, more compassionate societies. 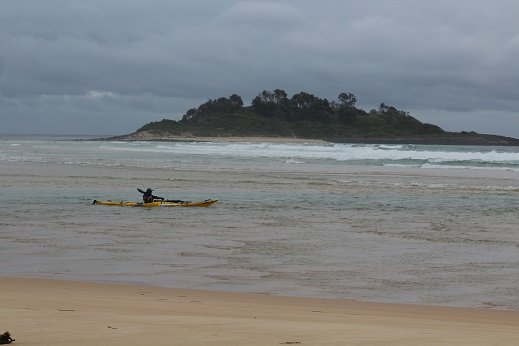 Near the entrance with Green Island in the background 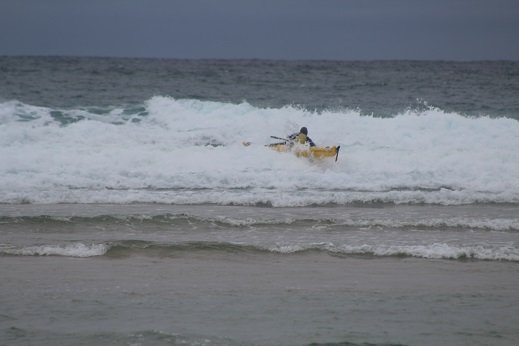 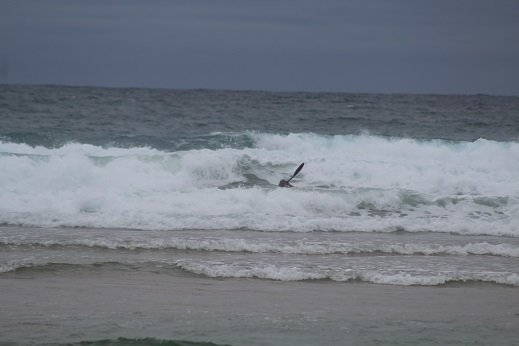 Yep, I’m in there somewhere 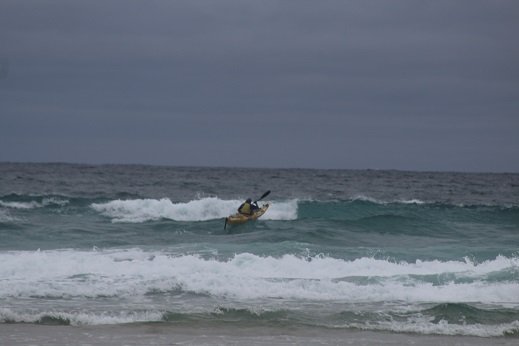 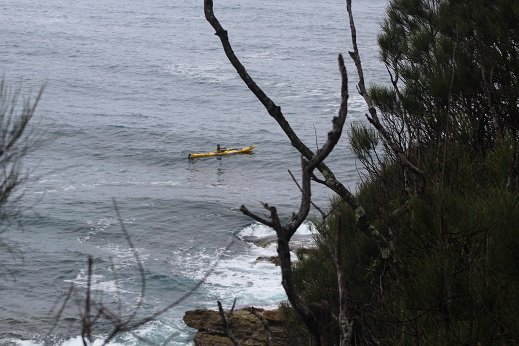 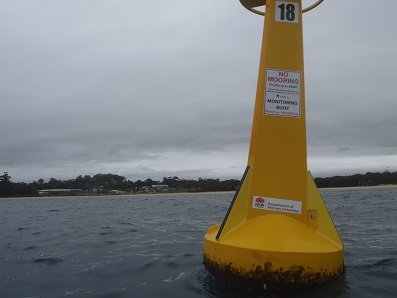 These are all the way up the coast 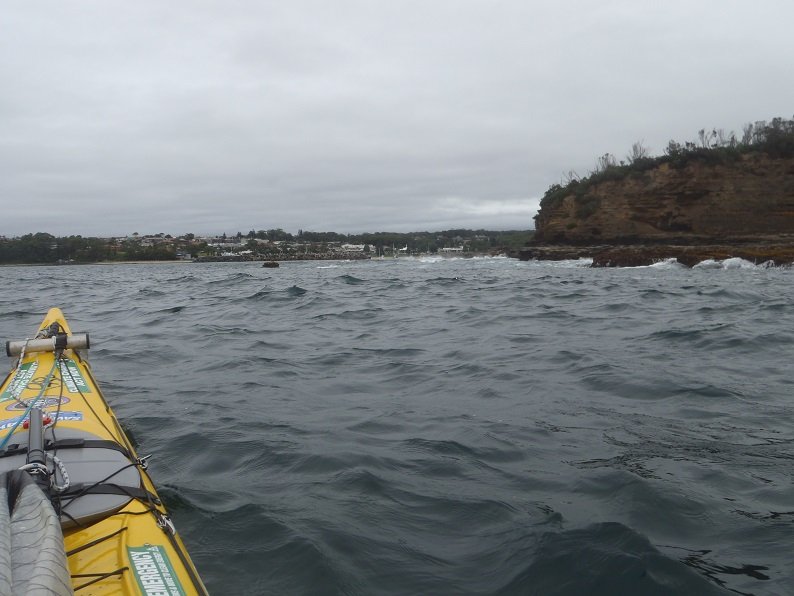 Ulladulla Harbour is back in there somewhere 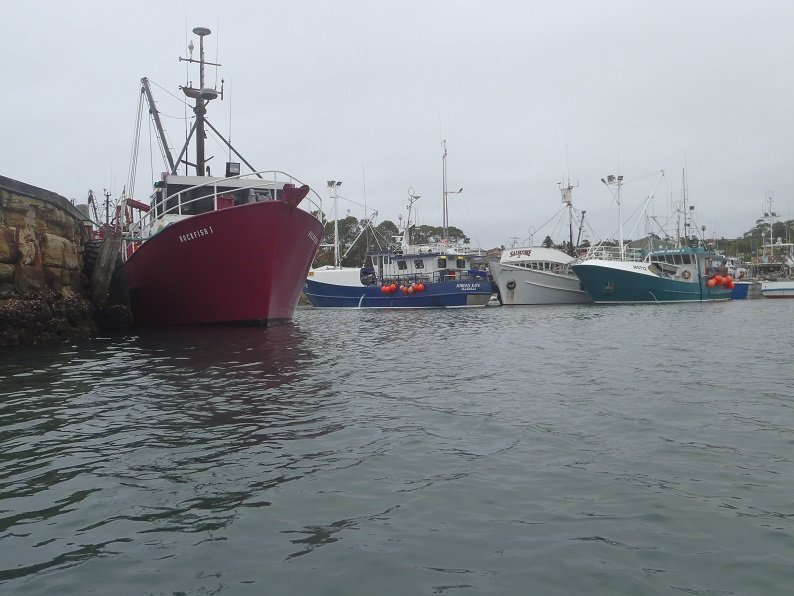 It is a working port

Both  Justin and Amanda are very impressive people!

Warren         Well, today the winds were okay so we scurried up to Lake Conjola from our motel in Ulladulla and Steve set off across the Eastern side of the lake, then out to sea.

Today, I remembered the camera, and Lyn would  no doubt agree with me if she were here, I took some damn fine shots of the kayak kid. He only put a few on the blog, I think its jealousy. I arrived at Bannister Point ahead of Steve and got photos as he approached, and as he passed. An easy day for me, I got to Ulladulla and watched as he entered the harbour.

Finally, a cool day, light rain last night, perfect support crew weather. Last night we were very sensible, and charged both radios, but sadly, Steve smelled something burning, and even more sadly, it was his mate Vince’s radio.

Once again, casual conversation, this time with the woman who served us in the coffee shop, led to her offering to distribute flyers and collect signatures. There are lots of people out there who support Steve and the petition, once they become aware of it.