Back on the road at eight degrees, bright and sunny but after a couple of days off the legs reckoned this was a mug’s game. The first couple of kilometres were a struggle but the body settled in just in time to pass through Black Mountain and then head for the summit.

It was nuthin’. Highway 70 had merged into the I40 and the grade was not too bad. The distance wasn’t much either so I was at the top way before I expected. Then it was 10km downhill at six degrees slope. This was my best day’s riding yet. At the bottom the temperature slowly climbed, the road stayed flatish and I decided that Interstate Highways were much easier to ride than the old highways.

All went well for about 60km. The shoulder was wide and I felt safer than on the narrow highways. Heading east with the sun to the south meant that a lot of the time the road was shaded. I was actually enjoying myself, thinking maybe this bike riding stuff isn’t so bad after all.

Then the state trooper arrived.

“How many bikes do you see riding on the interstate?”

“None,” I replied also thinking, “same number as on any bloody road here mate”.

“Well that should tell you something”

“Yeah like what I thought”, but I actually said “there are no signs and it is a lot safer than the seventy”

“Speeds are too high, it is for your safety” was the trooper’s comeback.

“Like I said, it is safer here than the seventy where there is no room for bikes”.

He mellowed a bit and said that he personally couldn’t care where I rode but “dogooders” ring up and complain and he has to do something about it.

So, it was back to the seventy with its narrow edges and hope that people didn’t get too impatient waiting to pass a bicycle.

106km for the day but would have been more if I had been allowed stay on the interstate.

Resting on the way up 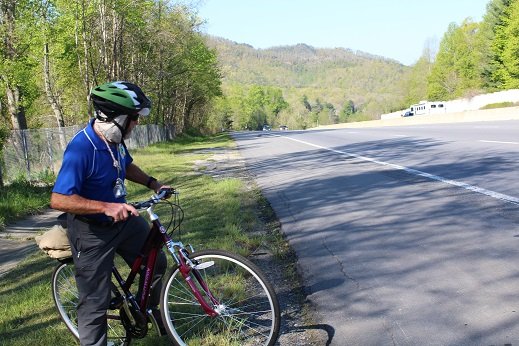 Not all that impressive but it is high to me 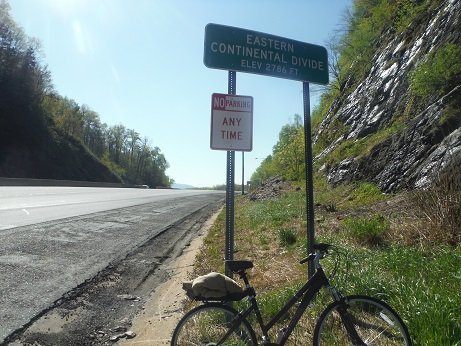 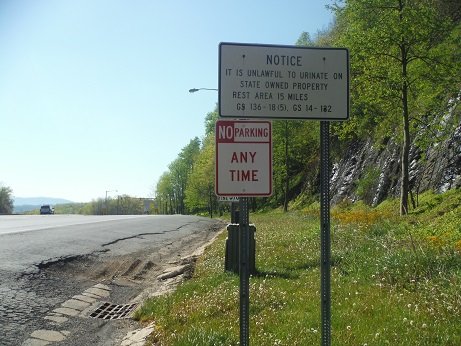 The long run down 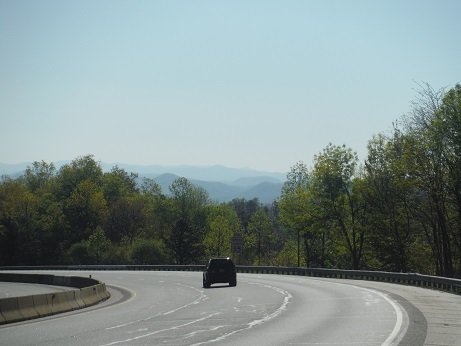 Flat through the hills 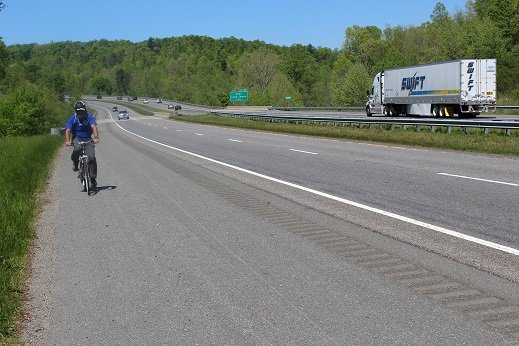 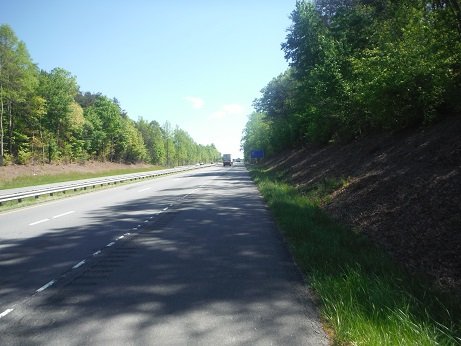 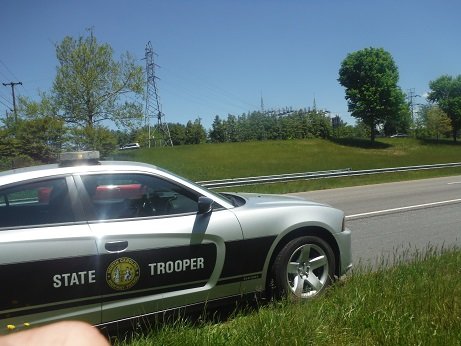