Warm and overcast with very thick air this morning but galloped the 8km to the water which was where the Princes Highway crosses Macquarie Rivulet. The Wollongong Mercury photographer met us at 9.00am as arranged by Con but none of the other media turned up.

Some old bloke waiting for the media to arrive: 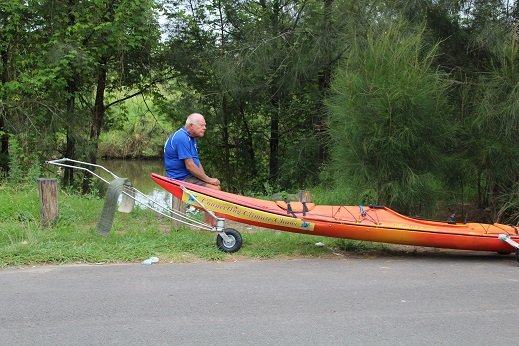 My entrance into the kayak was a bit wet. I had forgotten my legs don’t work too well after walking so I finished up falling out before I got in. Luckily the photographer had moved downstream.

All good so far: 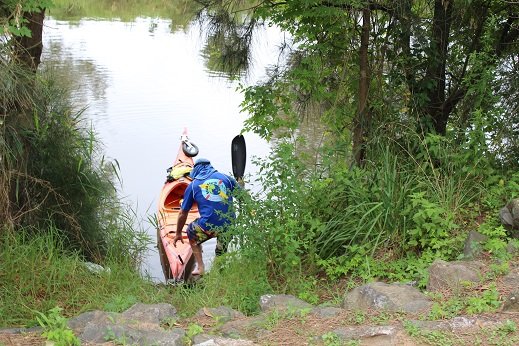 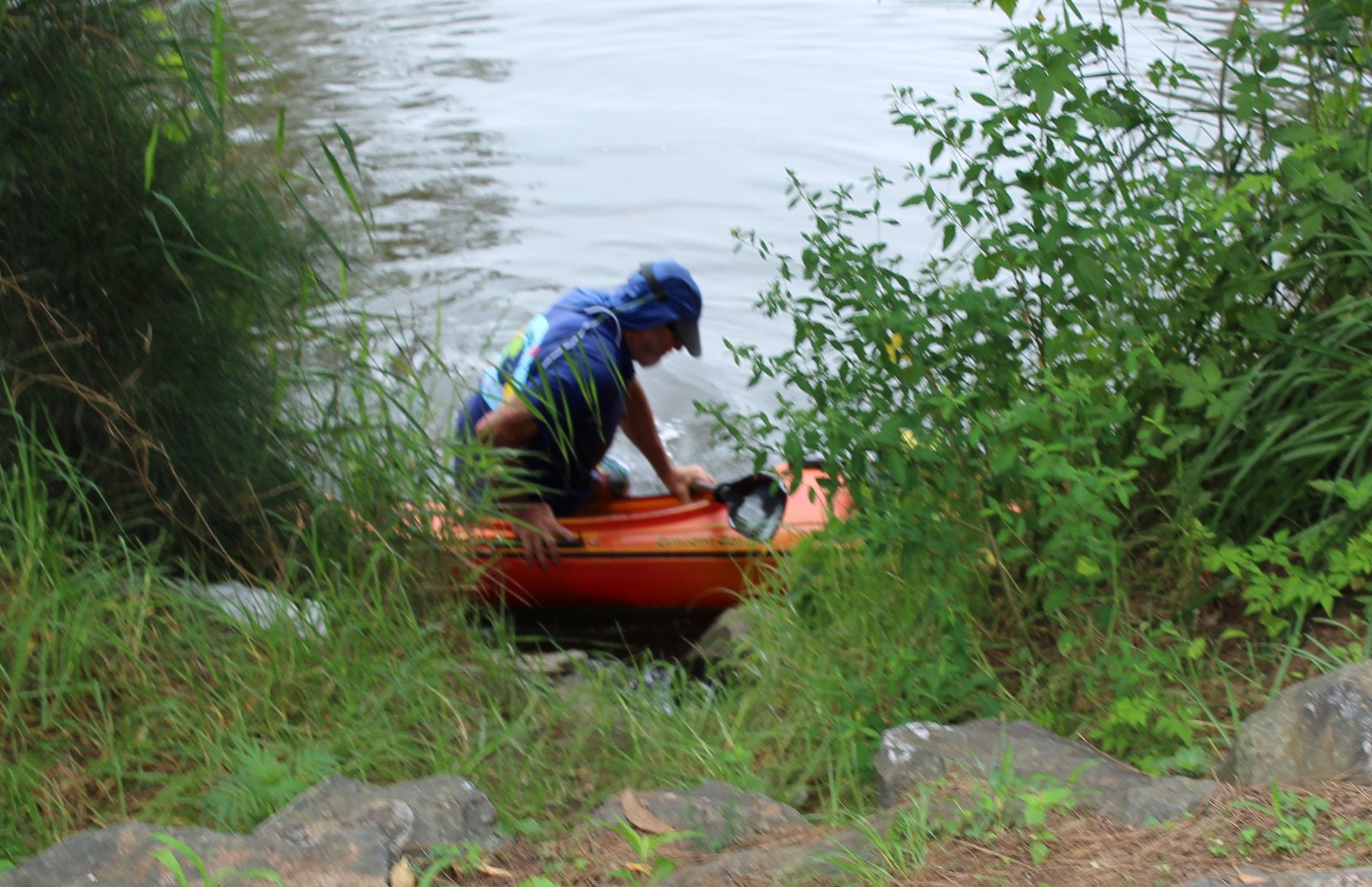 It was a very easy paddle across Lake Illawarra with glassy water except for a puff of nor’easter every now and then. I couldn’t figure out what the weather would do but was concerned that we would get a bit of a blow.

A couple of guys gave me a bum steer on which way to go around an island near Windang so I did a bit of knuckle pushing and walking  in ankle deep water just like on the Darling. Met up with Klaas eventually, grabbed a hamburger and set off for the mouth. Just before I got there I had a chat with the water police (young blokes again) who told me that the forecast was for winds easing.

Hit the ocean against a stong incoming tide with 8-10 knots nor-easter. Within an hour the police passed me about a kilometer closer to the beach with the wind 12-15 knots and waves building. I wondered which day he meant that the wind would ease. It built to about 18 knots with lots of white water but I bashed on past the islands off Port Kembla.

I saw some tall pine trees in the distance and aimed for them but just after that, what appeared to be a lighthouse was on the horizon. A quick phone call to Klaas to let him know that’s where I would head and it was back to avoiding the breakers.

Not sure how far it was to Wollongong but that was the lighthouse. It was a hard slog, dodging breaking waves, and it was noisy. There is the noise of the kayak bouncing, the swish of the paddles because they don’t hit the water well in a big chop, and then there is the crash and roar of waves as they go past.

Pulled into Wollongong Harbour about 4.00pm where I beached the kayak and took about two minutes to climb out of it. Klaas was relieved to see me and I was bloody glad that paddle was over. Daily total 36km.

Klaas: Hi all. This bloke Steve is unbelievable. Walks all the way from Canberra, hops into the kayak, (falls in the drink ha ha) and than paddles across lake Illawarra, out to sea and to Wollongong. I am waiting at the harbor and thought he had bought it. At 4pm I decided he was lost and started to ring the water police when he rang me that he was safe. Boo………………………..