New York, what a city. So alive, so spontaneous.

Two important meetings occurred, one with the Audubon Society and one with the Manhattan Kayak Company. Because the Audubon Society is about birds and the environment they spread climate information using birds as the medium which is an excellent way of talking to people about the science via their interests. MKC is owned by Eric Stiller. He is perfectly proportioned, handsome, with close cropped beard and is almost a mirror image of me. Some might say that we are vertically challenged but I think both Eric and I agree that it is hard to beat perfection.

Enough of that rot, Eric is actually mad. He wrote a book called Keep Australia On Your Left. He and his mate Tony paddled from Sydney to Darwin more than 20 years ago. The reason that I know he is crazy is that I know the Ballina Bar well and you don’t cross it in a southerly swell. Eric and Tony were impatient and decided to chance it. They actually got out by the skin of their teeth, were blown up to Byron in double quick time and came in at The Pass where the police were waiting for them. You have to admire that. The book is a great read and I think what I do is quite tame to their exploits.

The plan is to finish at MKC maybe 21st June. It is not far from the Statue of Liberty and had easy access to the water right in the heart of Manhattan.

Back to the camp near Washington it was time to move the RV, which is now near Annapolis. Julianne came back after the move and it was time to get back on the water again. It had to be a short day because Renate was flying into Reagan Airport so we decided to run the next leg backwards so there could be no possibility of missing the pickup time. I therefore set out from Cove Point and paddled back down to Lookout Point.

The wind was direct on shore and less than 10 knots, just as the forecast said. With the sail up set reasonably tight for the reach, the first 8km flew by. As it strengthened, I pulled the sail down and headed across the bay in a direct line for the next point. With waves above head height I was looking seawards most of the time and concentrating on the waves coming towards me. Occasionally I would get a good runner and skip along the top and down the back but most of the time I was simply trying to keep reasonably straight. That meant a lot of pressure on the pedals.

The next open bit was worse with waves about 1½ times head height and lots of white water. Still it was nothing compared to the ride up through the National Par cliffs on my way to Cronulla way back in January. Lookout Point faded into the rain as it started to bucket down. The pickup time was 1.00pm and I was going flat out trying to get there by then.

There is a causeway out to the point and while I watched the waves braking over it Julianne drove across heading the wrong way. Being about 300m off shore I knew she would have no chance of seeing me. It was about 12:45 and I reckoned that I could make it by 1:00pm so if she was off looking for me I would go and sit in the toilet block out of the rain.

A couple of hardy souls were testing their luck on the fishing jetty as I passed. Ratbags I thought as one looked up and probably thought the same about me. No-one waved, as each was concentrating on the job at hand. It was raining hard and the wind was blowing the tops off the waves as I aimed for the small beach about 1km away.

The vehicle appeared, and Julianne said that she was amazed to see me right on time at the right location. She had been off to talk to the National Park people and had an emergency number to ring. To her the sea looked very ominous because she was close to it and could see its fury. There was also a small boats warning out apparently. To me it was a bit worse than the day I turned turtle on the Rappahannock.

We signalled to each other and she drove to the small patch of sand. I folded the rudder up, reckoned the set that was passing underneath was three waves and committed to following the last wave onto the shore. Bugger! The set was four waves, bad blue. It picked me up, flung me sideways and dumped me unceremoniously onto the sand. Out like a flash I grabbed the bow and hauled the kayak onto the beach and out of the waves. Soaking wet, Julianne helped me to get it over the rocks and into the roof box. It had been a bit of fun for me but quite worrying for Julianne.

We called into the Park station and reported all was well and headed for the showers only to find that the park was closed due to the bad weather. It was just like a rain depression at home, not a cyclone but warming up to that.

We settled for hot chips up the road a bit, headed for the airport, found Renate and then spent two hours in traffic. All in all a very varied day and in my mind very successful with all goals accomplished.

The following day was Renate’s first day on duty. She dropped me off and then drove to the pickup. All was fine. The paddle was uneventful and after the sun fought off the heavy clouds and finally broke through it was a very pleasant afternoon with a light breeze.

When Steve was young,  he sat on the “Loo”

wishing, while straining, he had a canoe

He rushed to his parents and said;

I want a kayak,and its got to be yellow

and then his mother said:

a kayak takes a man to paddle

was strong and very fit

looked at his mother and said

I belong in in a kayaks  cockpit

paddling up and down the water

So Stevie grew up and became a man

started to paddle whenever he can

find a new river or lake or stream

always in the kayak he was to be seen.

When he grew older he became  bolder

did the Murray Darling and places beyond

then without caring he became daring

and decided to cross the great pond

Starting in Canberra and traveling South

he walked his kayak to lake Illawarra’s mouth

The opera House his destination

where awaited a feast.

On to America and the Mexican Gulf

up the mighty Mississippi, to North of Memphis, Tennessee

where the flood waters stopped him, and then he,

bought himself a bicycle and did a thousand miles

until the coast appeared again and with a lot of smiles

went back to paddling the Chesapeake coast

North to New York, an other thousand miles or so

than over to Europe, to have another go. 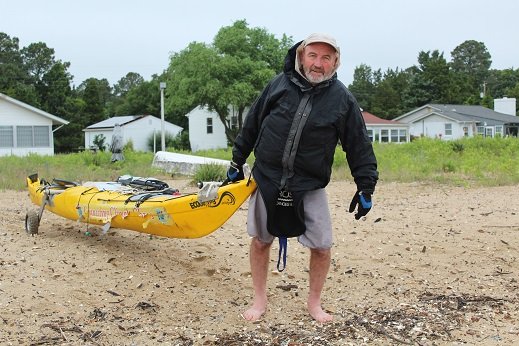 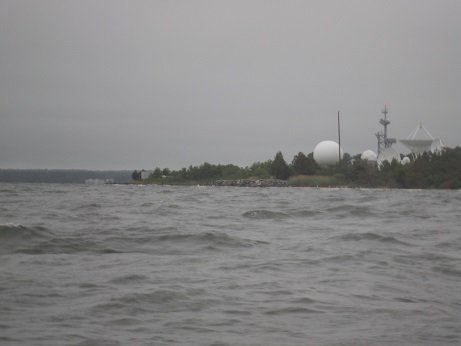 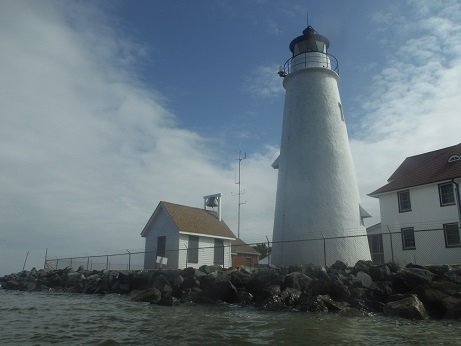 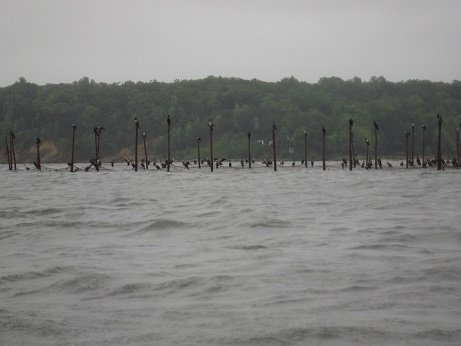 Shags on the fly 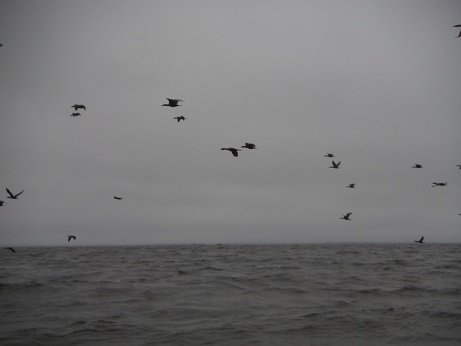 The dome is for LNG. Seems like they frack to get it and not everyone is happy about that. Surprise, surprise. 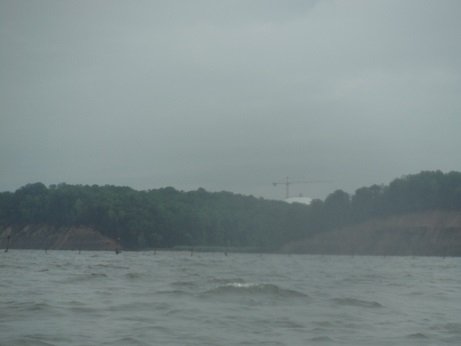 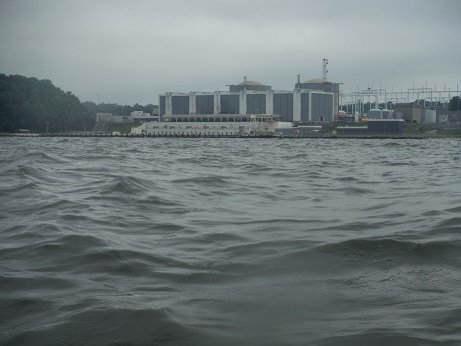 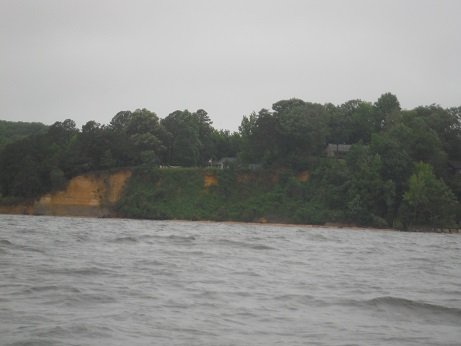 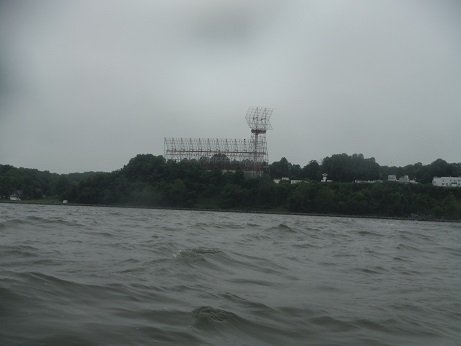 Why build away from the beach when you can go right to it? Oh, maybe because you could get wet when the water rises. 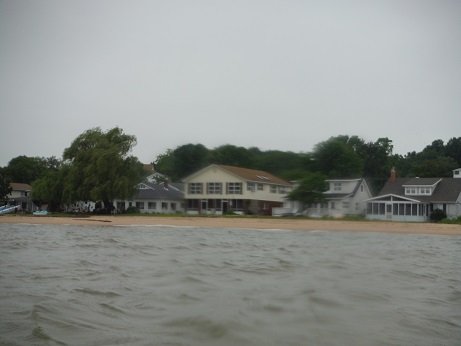 No need to worry with RVs though, stick ’em on the beach and move ’em if necessary 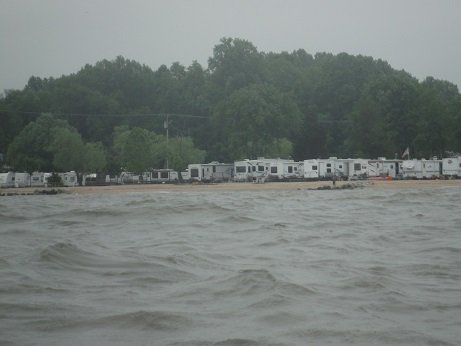 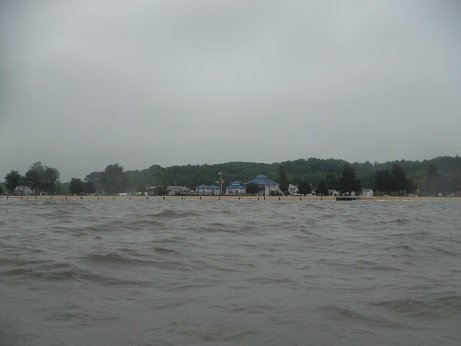 Saw four commercial crabbers today (none yesterday in the waves) 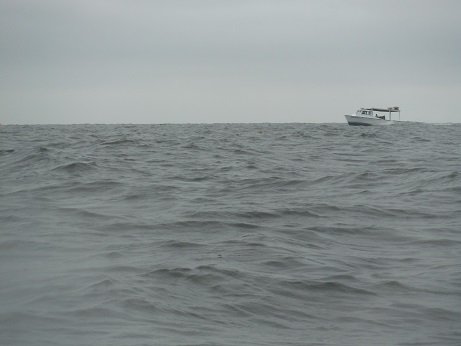 Not a bad spot eh! 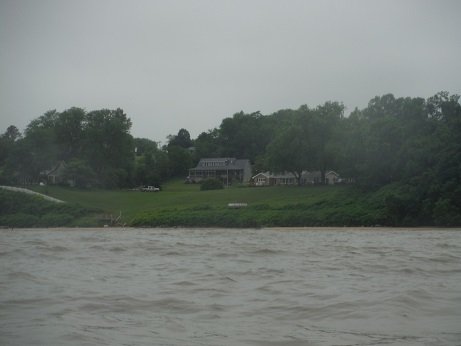 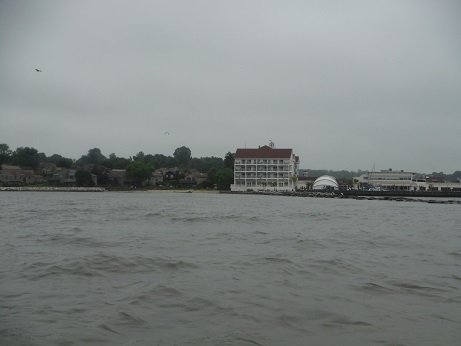 Not good for kayak launching 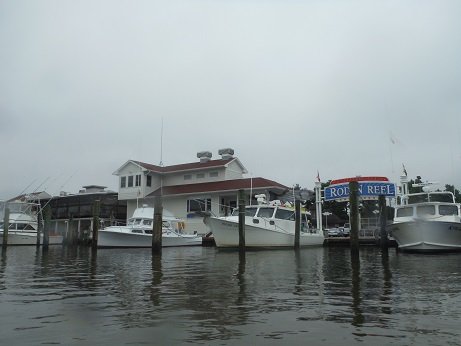 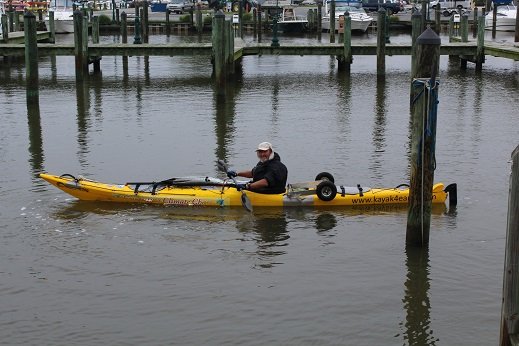 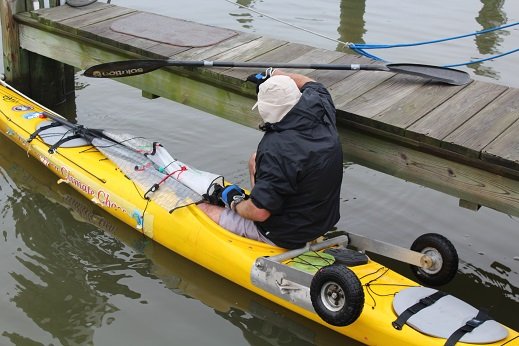 From last week at Maryus 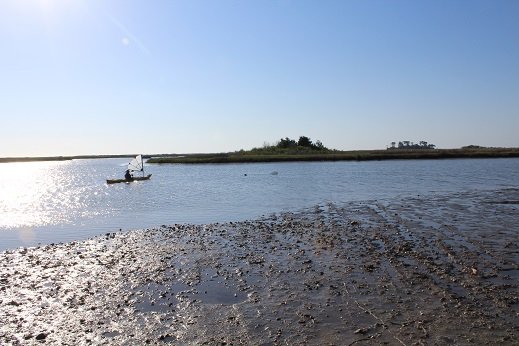