The heavy rain stopped before we unloaded the kayak. Wondering whether I would keep my feet dry I set off at 6.00am for what would be a 9km walk to the canal through the streets of Trenton. Traffic was still light although many people were out and about. Renate leapfrogged with the car and got some good images.

The route was along the river for about 2km, around the edge of the city and then along the canal bank past the beams supporting the walls. Along the river bank were signs describing what a productive wetland the opposite bank had been even as late as 1915. Both Native Americans and European settlers used what is known as the Delaware Falls, just upstream of the wetlands, to walk across the river so it was a hub or focal point for a very long time.

Dug by the Irish 1831-1834 the canal linked the Delaware and Raritan Rivers and thus New York to the Delaware. It is a terrific paddle, starting off noisy from nearby traffic, becoming quiet and serene for many miles past Princeton University and then noisy again coming into New Brunswick.

Not that I am competitive, (ha ha) but I wanted to finish the canal in a day. For the record, in case anyone wants to beat it, from the Delaware to the end of the canal at the Raritan it was 62km and it took 11hrs 10mins. That’s 9km walking and 53km paddling not counting the portages around the locks, of which I think there were five but maybe it was six. There are enough to make a paddler well and truly over them by the end of the day.

Next day, New Brunswick to Staten Island, was an easy paddle but bleak with lots of smog. The river is brown and murky until you get towards the mouth and then becomes much clearer. Around Staten Island it was salty and a very slight swell rolled in from the Atlantic.

Renate          The landing point at Great Kills State Park on Staten Island is perfect and will be easy for Steve to spot. 8am, I have several hours at the beach, but it’s foggy, windy and cool. I decide to walk down the beach, collecting shells, taking pictures of heaps of plastic trash – washed up or left behind? Around the corner and into the calmer bay I run into a green horseshoe crab on the water’s edge. It’s not moving; is it alive? I grab a stick to gently move it. It feels like it’s suctioned to the ground. Here comes another one. Wow, three in a row in the sand, like a choo-choo train! Over there are five in a heap. Way up on the beach a horseshoe crab on its back. Not moving, but all organs still look intact. Must have just died.

I’m standing in the water, utterly amazed. Horseshoe crabs following each other, some heading straight for me like little slow moving puppies, turning around – wrong mate. Haha, those two are using a condom! A large plastic bag got in between them. The one out there in the water sticking up its tail must be a water acrobat. Horseshoe crabs are everywhere on this beach, clinging to each other, digging into the sand or crawling around. I’m utterly fascinated.

On my way back I see the green one again. There is another one underneath, almost completely buried in the sand. That explains the suction I felt.

Back on the rougher Atlantic beach there are two horseshoe crabs washed up on their backs. When I turn them over, they immediately head for the water – only to be pummeled around some more in the surf. That’s what you get when you try to mate at the wrong beach.

When loading up the kayak we talk to a guy who is familiar with the wildlife in this area. The horseshoe crabs are mating for only about one week each year. They are a 4-5 days late this year, because the water has been slightly cooler. (Due to this year’s cold winter, or the slowing Gulf Stream?)

Horseshoe crabs are 450 million year old living fossils. Their blue blood is used to test medical equipment for bacteria. Numbers on the US East Coast have declined because crabs die if too much blood is taken or if experiencing too much stress.

I keep thinking about the crab get way up on the beach. Did seagulls drag it there? Or a person? I regret I just left it there, thinking, this is the way life works. 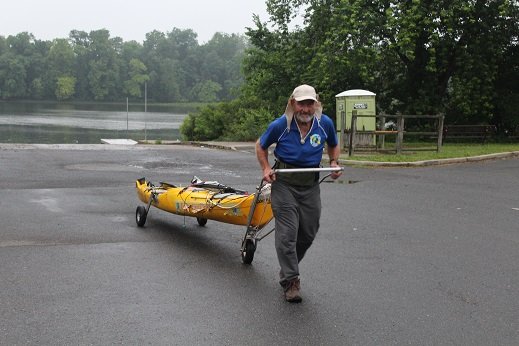 For the dirty water readers 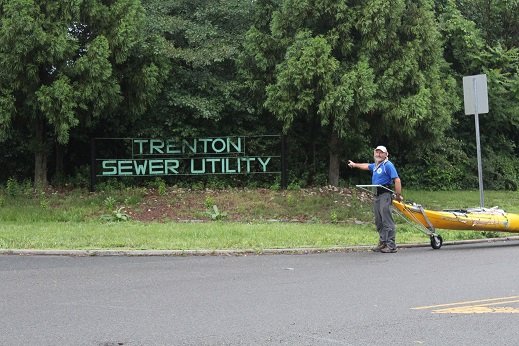 Start of the walkway along the Delaware 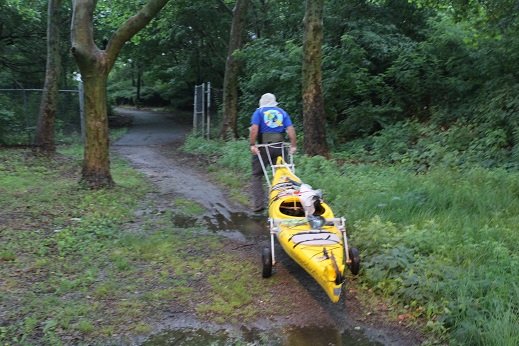 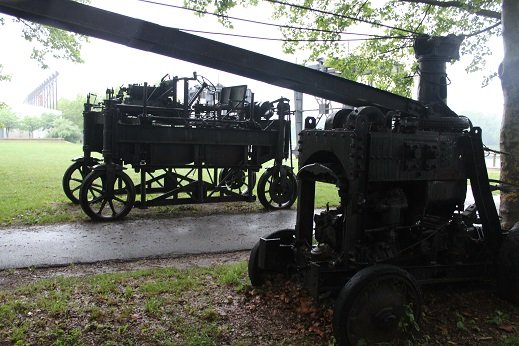 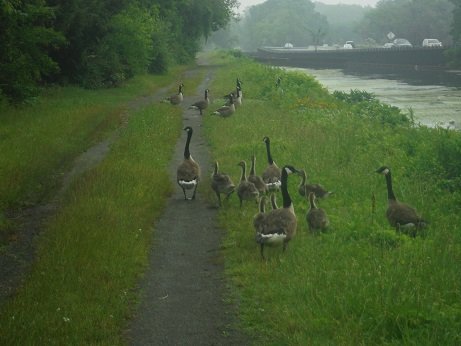 Note steel beams across the canal to hold the walls up 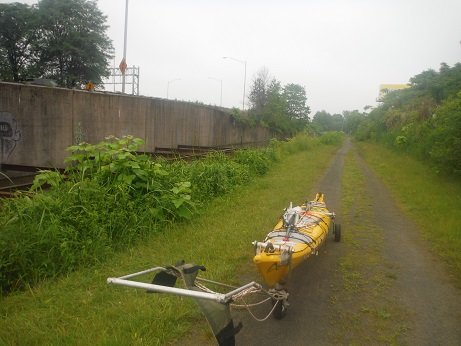 First of many entries for the day 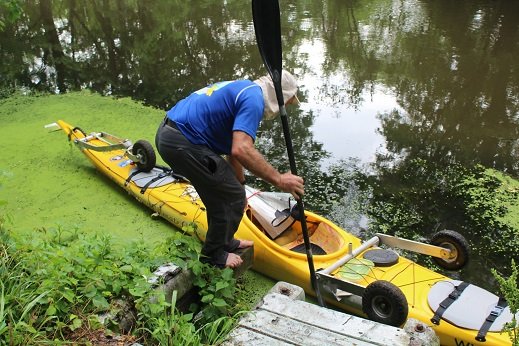 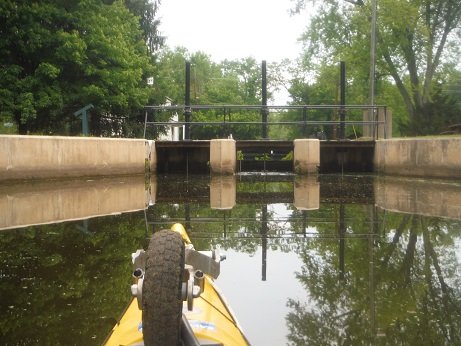 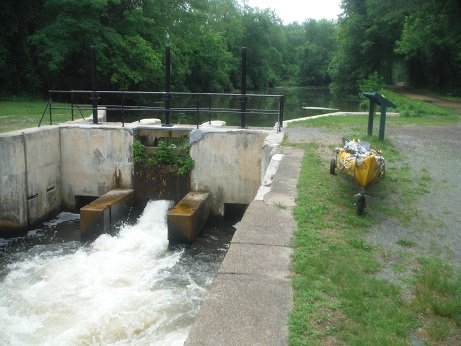 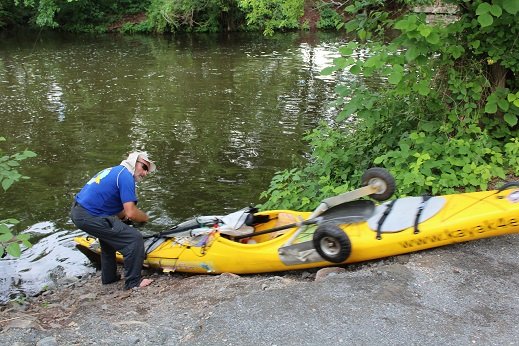 Walking around another lock, soaking wet after falling in at the exit. There was a thorny bush to climb over. The water was clear and shallow and I was standing on the seat. To be sure I braced myself by leaning on the paddle on the side away from the bank. Woops, not shallow. Bugger. Too late! A/T. 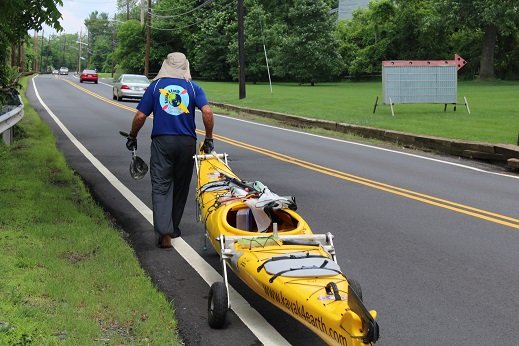 Just enough room on many bridges 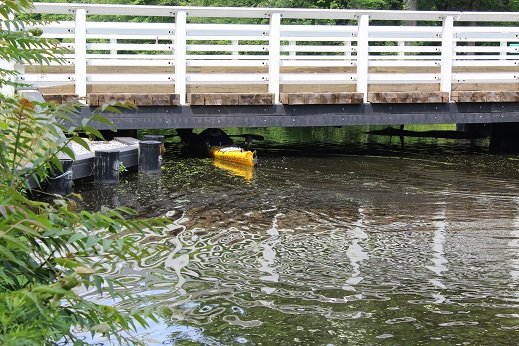 Talking to the New York mayor’s office. Like all of the others on the trip, (except Vicksburg) unsuccessfully. 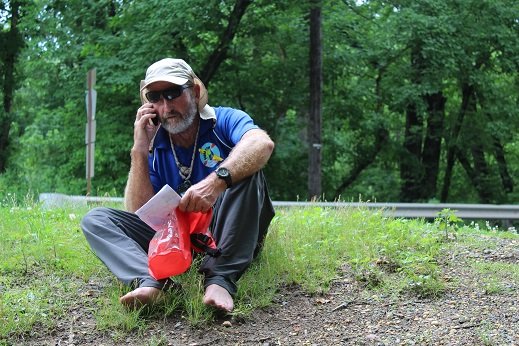 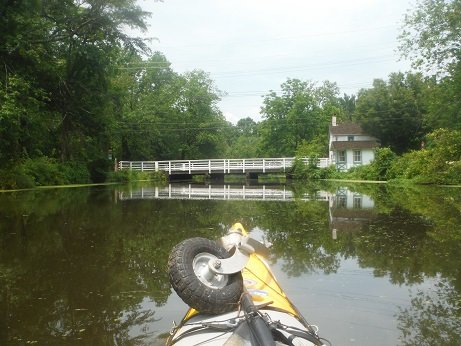 That’s the canal spilling into the river, just near the end. 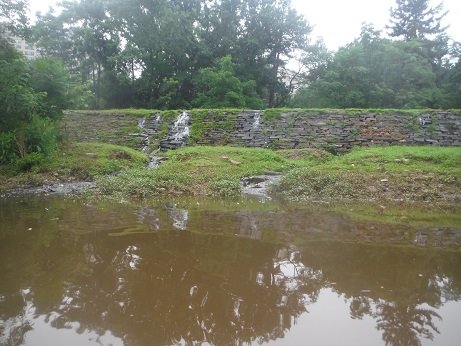 The end, at the Raritan River 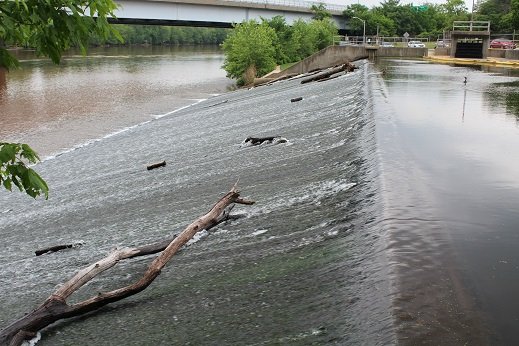 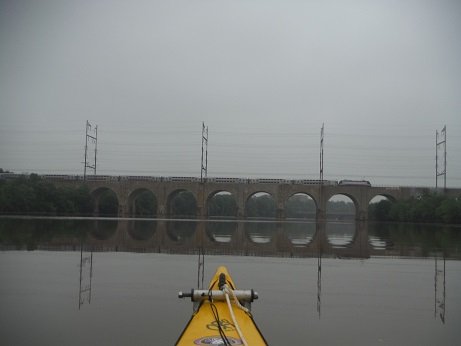 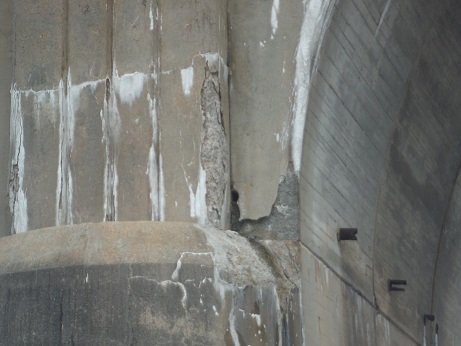 Lots of wetlands below New Brunswick 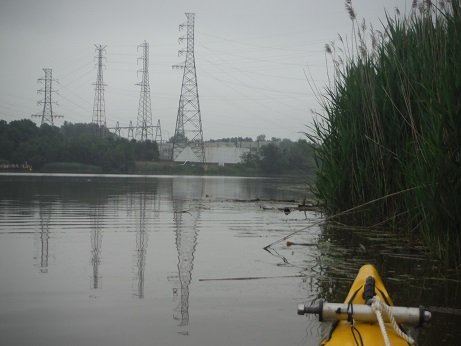 Pretty sure this is a landfill dump. Why the 10m high fence? Further round there is a big array of solar panels 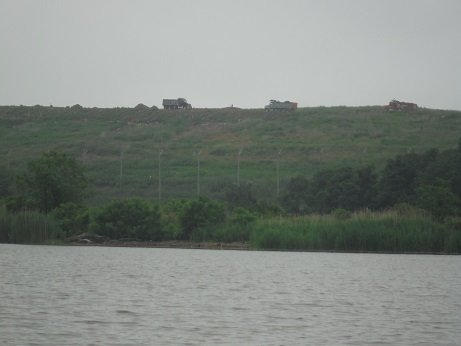 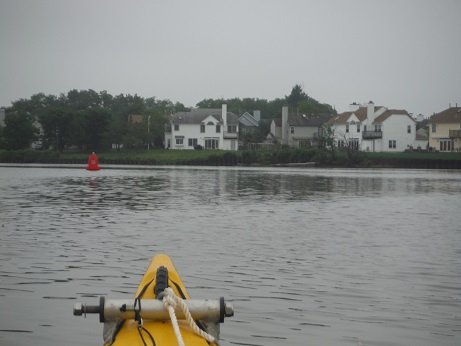 Serious bridges. The new ones are three lanes each. 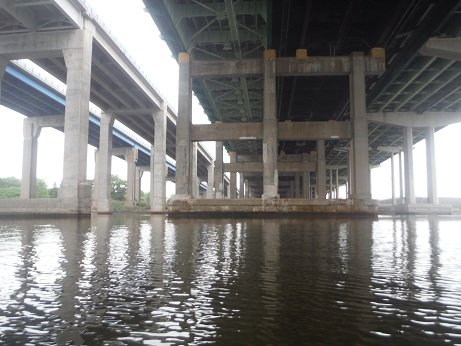 The seagull guards a shag colony. Note the size of the chick the mother is feeding, and the dead one hanging below 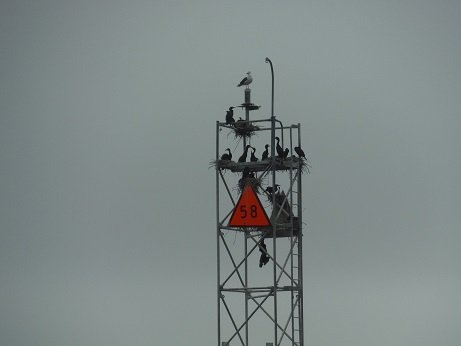 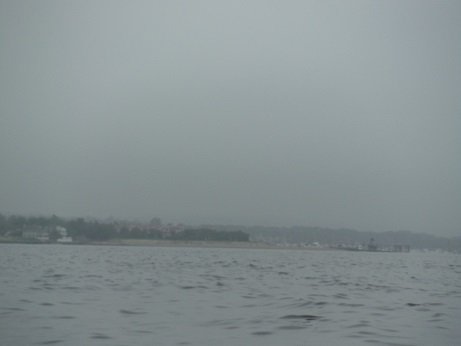 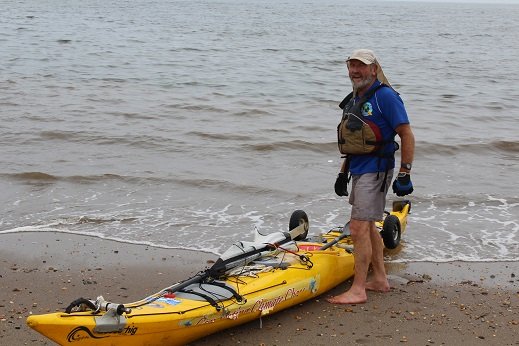