Now I know! It is possible to paddle up the Mississippi but it is very, very hard. Where you can get to the bank it is fine. Not easy, but fine. The problem is that there are thousands of barges along the banks. To go round them you are out in the current. It takes everything I have sometimes to inch forwards.

It is kinda dangerous as well. After you go round say six barges side by side you need to get back to the bank. The easy way is to ride the pressure wave about 5m in front of the barge. I stayed about 10m in front and felt the effects of the pressure wave. The thing is not to tip over. That would be certain death. That said, if a wheel fell off your motorbike at highway speed you would probably die. It is somewhat of a calculated risk I guess.

Everyone I met was great. All ten of them. One bloke wanted me to come onto his tug and have a drink. One bloke backed his tug out of the way. We were told by Nicole that river people are great. They certainly are.

My hands have suffered with blisters under the tape and under the gloves. That is new for me and is a result of prolonged full strength paddling. They will toughen up eventually.

We started at mile 102 and finished at mile 122. I paddled a bit further than that but will call it 33km for the day. 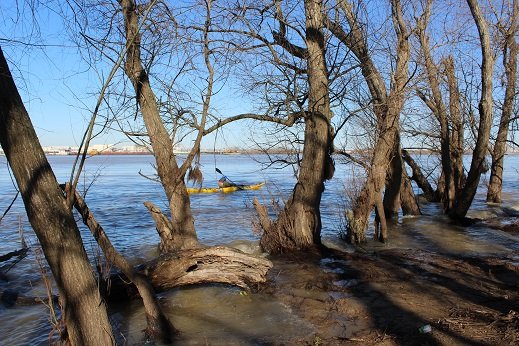 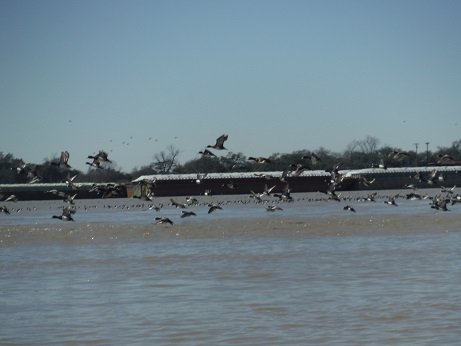 Not only battling current but battling tug wash 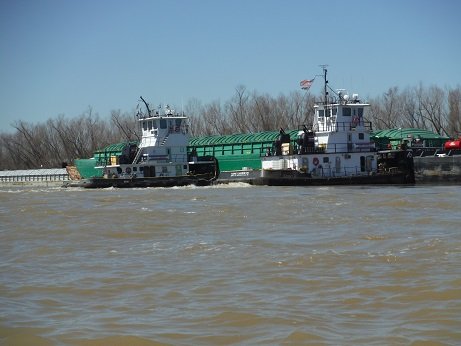 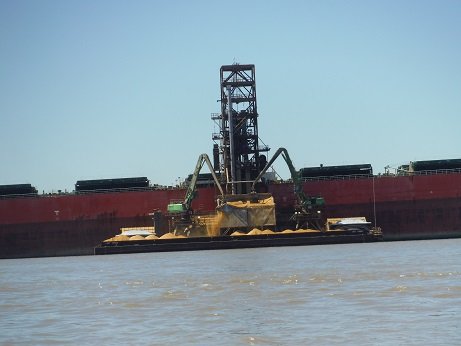 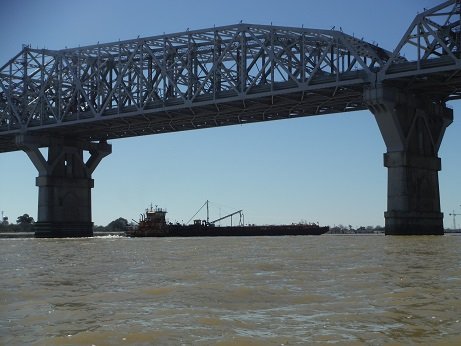 This is horrible. To go round these can be 5km 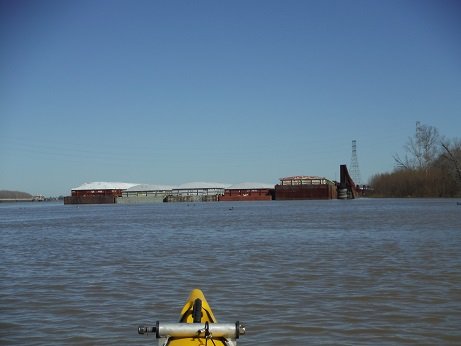 It’s good when you can get behind the barges though 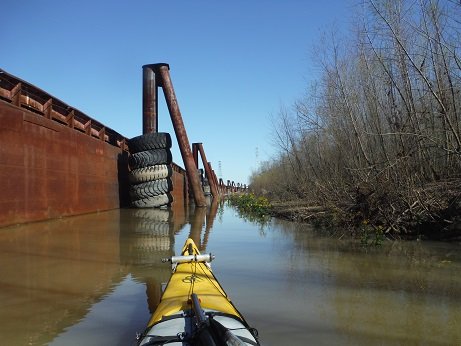 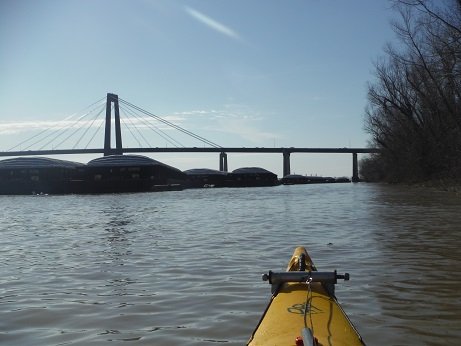 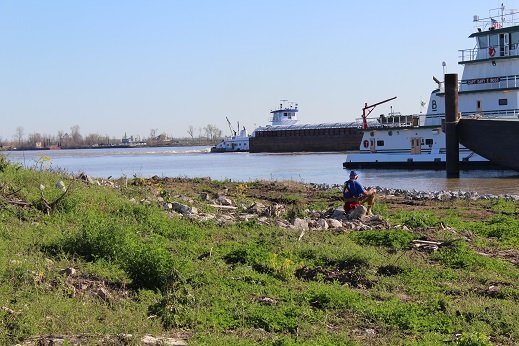 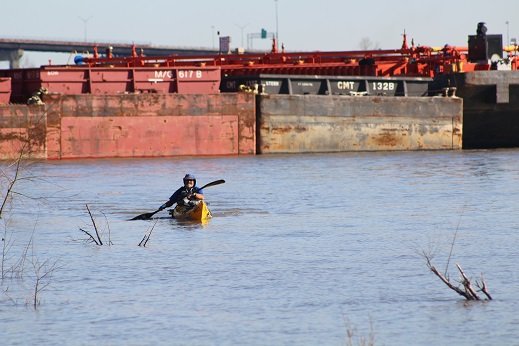 Klaas     Hi all. Still in New Orleans running around like the proverbial Blue arse flies getting replacements  for either lost , misplaced or broken bits and pieces. The great master in the meantime has been paddling up the mighty Mississippi. And mighty is an apt description,. the traffic is unbelievable. Hundreds of barges, locked together in four or five eighty footers pushed along with huge tug boats. Very similar as in Europe on the Rhine. Big passenger vessels, steam paddle wheelers, container ships etc. Stevie boy has to dodge all that, as well as dealing with the current, but he is and doing his twenty odd miles a day. Picking him up this afternoon and waiting for him, I sat on an old log washed up near the shore and put my cap on the ground so I could remove my jumper as the weather was lovely and warm. Putting the cap back on my balding noggin I started screaming. Hundreds of fire ants had invaded my head piece and where now franticly biting my eyelids ,arms, legs as well as my feet inside my ” Crocs “. I now know why they are called “Fire ants”. I needed the fire brigade. But as usual, I survived and after half an hour the fire burned itself out. Tomorrow we are shifting the caravan closer to the next town which is Baton Rouge .That’s all for now. Be good or if you can’t be good, be careful. Klaas.

Connor   Having been in the thick of things here in sunny New Orleans for a week now, the boss has asked me to offer you, the valued readers, an insight into how the mission has unfolded so far. In a word; bloody-well. In a few words; not without its challenges.

We’ve been greeted with southern hospitality beyond what I expected. Americans, in my experience so far, are helpful, warm people.

We’ve met some serious characters. Sean, the cleaner in our trailer park, has face tattoos and gold grills on his bottom teeth, is a Clan Leader on the Facebook game ‘Clash of Clans’, and is concerned about what rising sea levels might mean for New Orleans, which is situated a few meters below sea level.

Jeff Crouere hosts a highly conservative republican radio show, however he’s invited Steve back on the show to discuss his trip on a fortnightly basis.

Buck, a man with NRA bumper stickers on his truck, stood around our rig and discussed the Steve’s motivations and the adventure for a decent 20 minutes.

People are consistently not what I expect them to be in Louisiana. It has been a hard slog getting the public to take notice of we’re doing, but with each day comes a new, albeit small win. These wins are great paddlin’ fuel and I think that the next few months will see Steve’s fuel tank full to the brim.