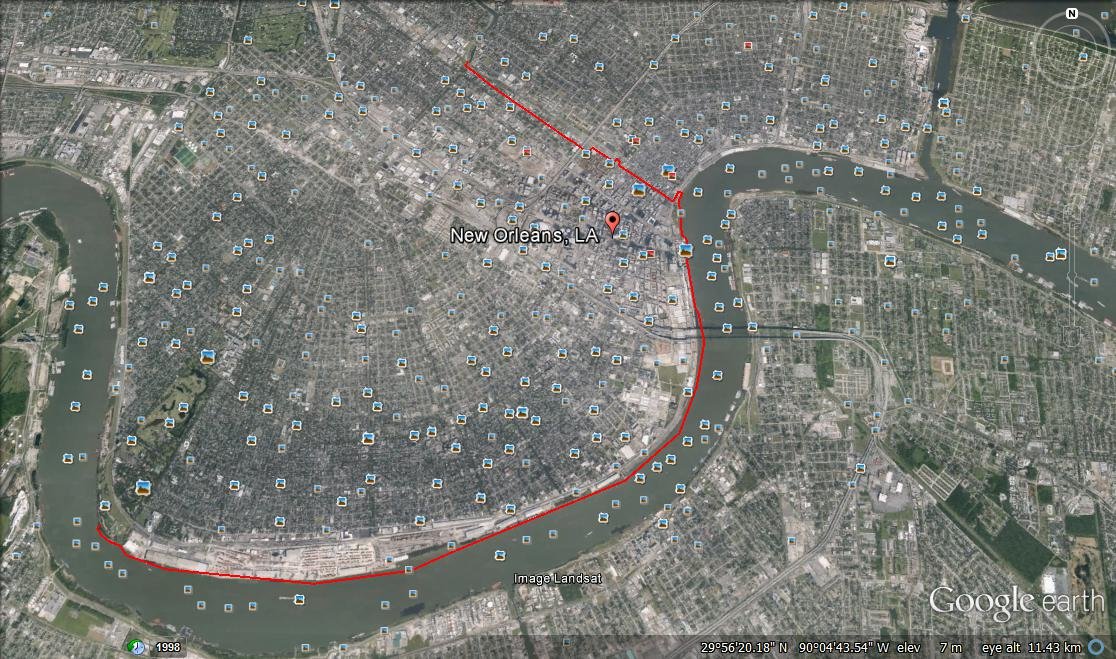 Look closely to see the red line of the route

Crisp and clear warming up to 13 degrees. A great day for walking and paddling. First an interview with Bud Ward (more about him at a later date), then set off for the walk down Conti St and then the French Quarter.

The roads are really bad because the city is sinking 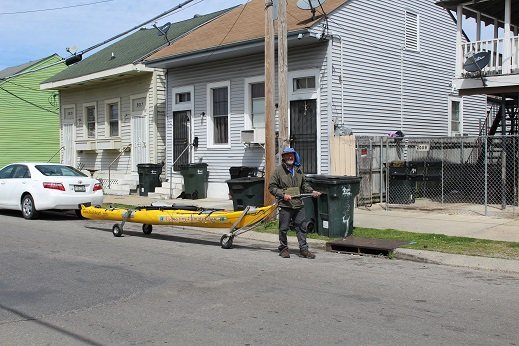 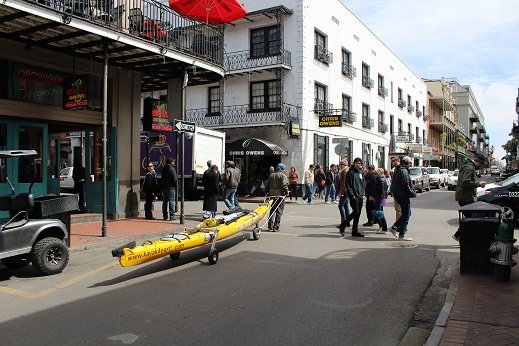 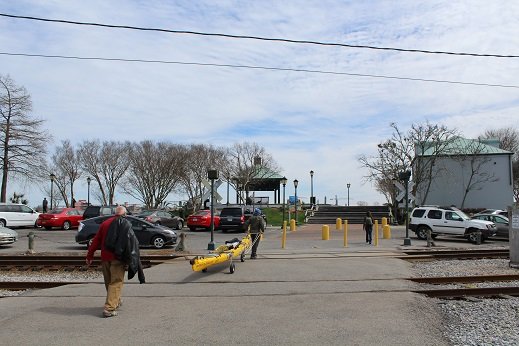 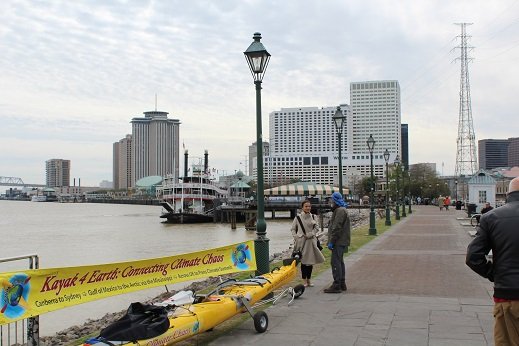 The time to hit the water was 2.00pm to suit Julia (more about her when she sends me her information). 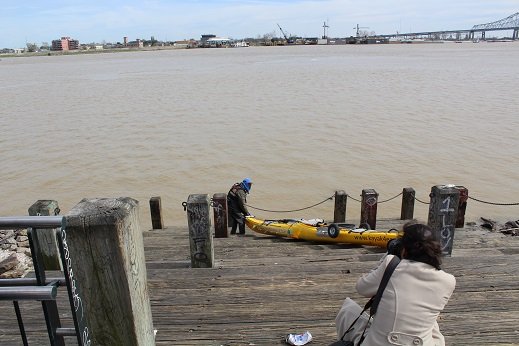 On ya way Sony Boy

It was a bit underwhelming really. Sure it is a bit busy. The water is a bit like the Darling. The flow is about like a good run-out tide at Ballina so only an issue when I had to go around the boats. Hugging the bank next to the wharves was fine. It is supposed to get worse but we will see. The problem is that to use the sail I have to get away from the bank and that is where the current is.

My first big ship – the Energy Patriot. The bow wave was fine 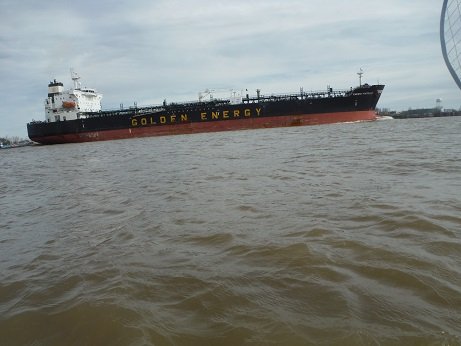 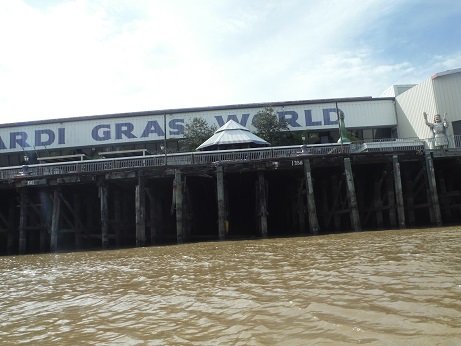 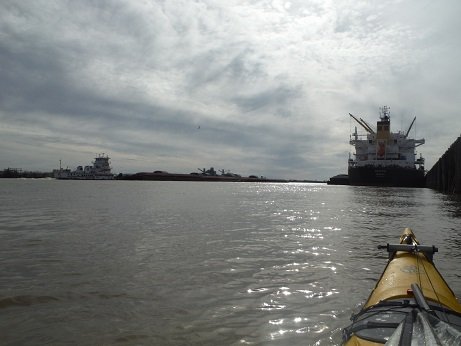 The finish line for the day 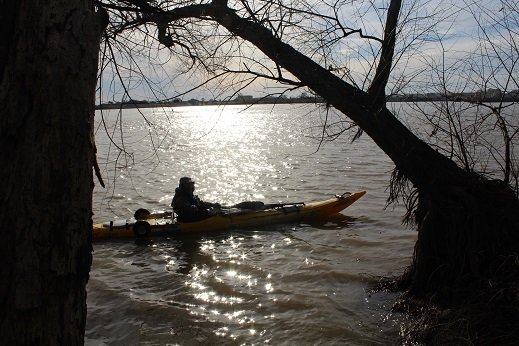 Only 15km all up but a lot of poncing about handing out cards, telling our story etc. I do have GoPro images but the technology to post them is a few days off.