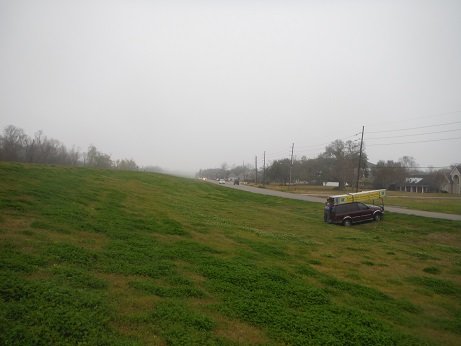 No pics yesterday. Nearly all pics today. First 10miles in 2 hrs 15 mins, second 10 miles 3hrs 50 mins.  When things are good I can beat a barge around a right hand bend. When I have to go out into the current I can’t beat anything. Lots of problems after the first two hours. The picture above is when we were ready to unload the kayak behind the 5m levee which has followed us from just into Lake Ponchartrain. 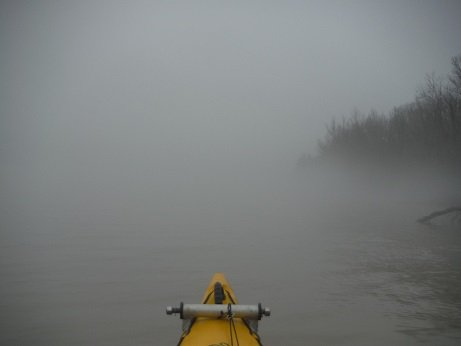 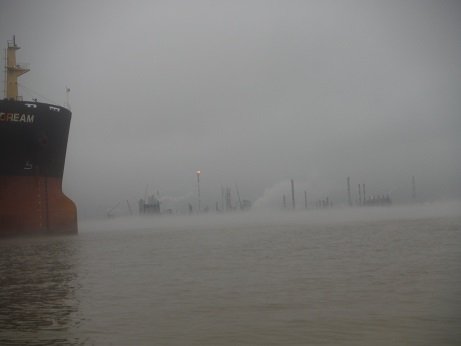 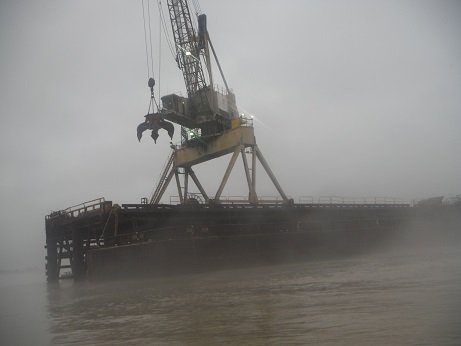 Down the outside. Forward progress 2km/hr at best. The end is where? 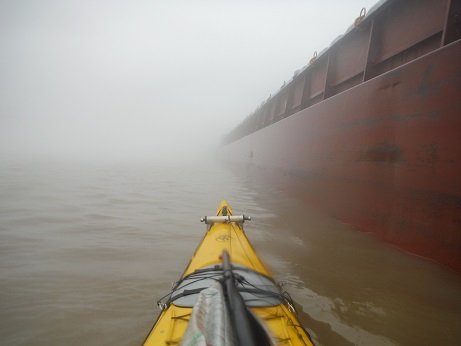 I heard a waterfall, then I found it. Can you see what it is? 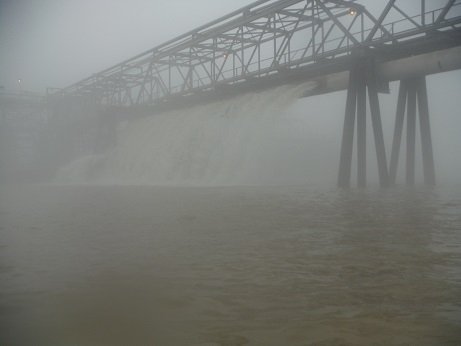 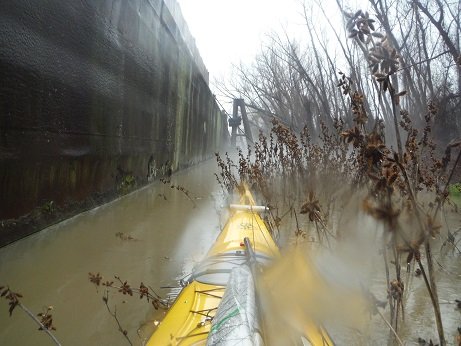 That forced me outside. Barges were 9 wide and God knows how long. It was at least half a kilometre before I could get back in.

End of the barges. Now what. Bank or outside? 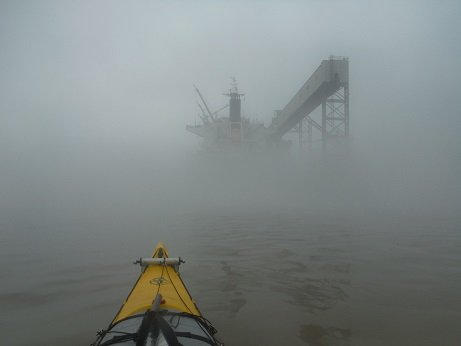 How about down the middle and have a grain shower. 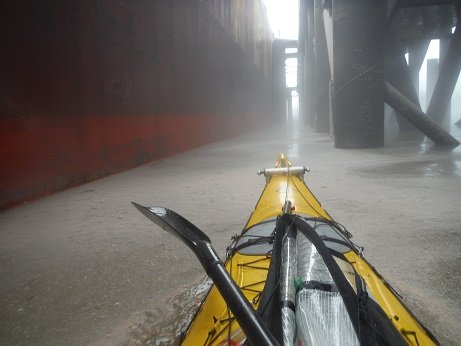 Next wharf. This is good. Not even any rain. 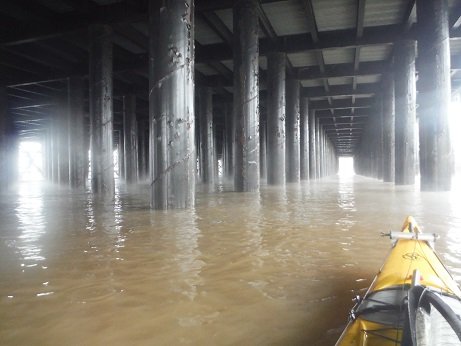 Not so good at the end though. (Swear word) 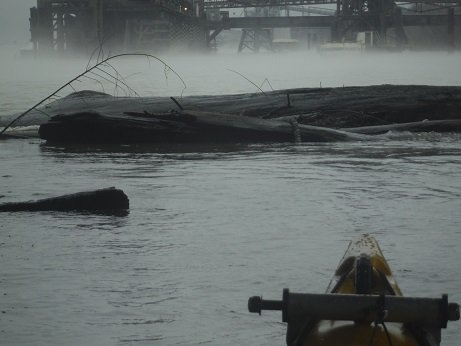 This guy passed me 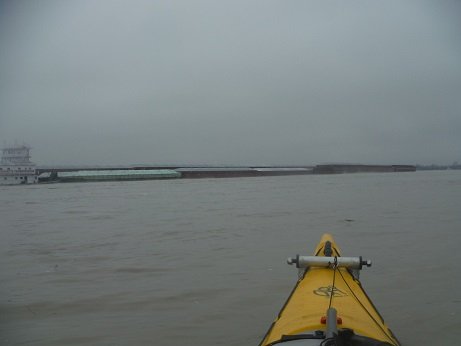 Then he pushed into the bank to park 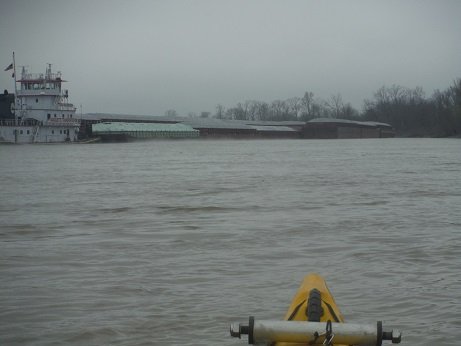 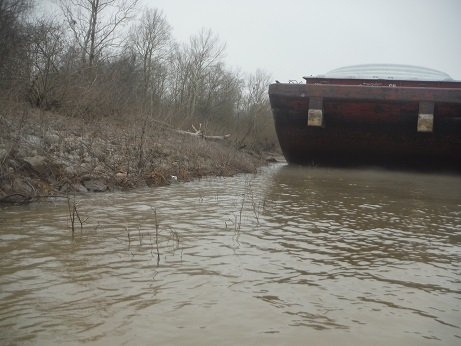 Nearly at the end. The boys are 1km past the bridge 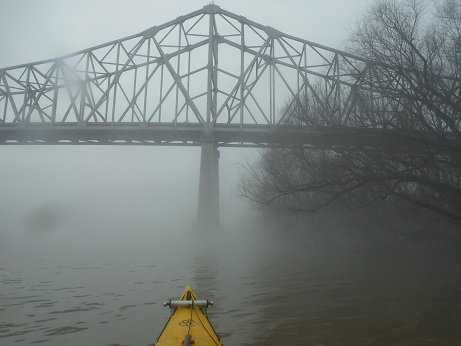 Klaas “Ghost riders in the Mississippi River.”  Dropped Steve of at nine this morning, one and half hours down the track. Drove back to attend to fixing electrical fault in Fridge-Freezer .Prepare tonight’s dinner, dumped garbage and drove an hour to new pick up site. Found access road over the levy wall (Authorised vehicles only ” and stopped right next to “Where the …………… is the river. Nowhere else on the roads I encountered fog but the river was obliterated. Finally, a shape emerged like the Loch Ness Monster, but what was it doing in downtown Louisiana ? I asked for the pass word and he shouted something  obscene like “Get Stuffed” so we managed to retrieve the intrepid sailor boy and whisk him home to our nice cosy trailer.Klaas