That’s Texas done. It’s pretty flat there so they build road interchanges the size of hills so you get a look at the countryside. Well that’s what it seems  anyway. You ain’t seen roads until  you’ve been to Texas. Also you ain’t seen bridges until you get to Louisiana. Mile after mile, as far as the eye can see there are double bridges across the swamps with at least two lanes each way.

The weather is dreadful. Yesterday they closed schools just up the river because of ice on the roads. Today is better but cold and overcast and miserable. The water is grey and rough and about as attractive as lumpy gravy on ice cream. Oh well I didn’t  come here to be sooky about it. We need to explore and find where to get in and out of the water. Also need to get gloves and a spare paddle as well as duplicate keys for the van and the truck.

Our RV park is about 10km east of the French Quarter where I reckon I will put into the big river. There are amenities such as showers, toilets, and washing and the usual stuff over here such as sewer hook up, town water and 30 amp power. It is quite small and the area is not real flash, but the people are nice and the amenities clean and it is only $188 per week. 7400 Chef Menteur Hwy for those who want to look at google maps.

At the RV Park 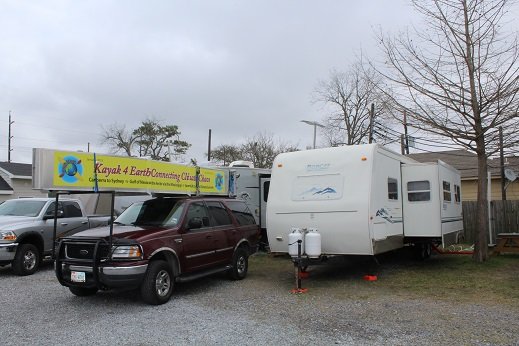 Looking left as you come in the door. The table folds down to a bed and so does the lounge on the right 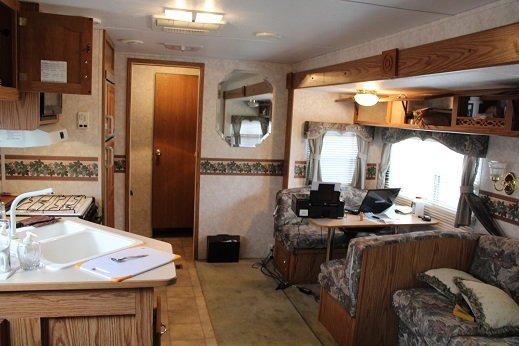 The door is on the right. Klaas’s bedroom in the background 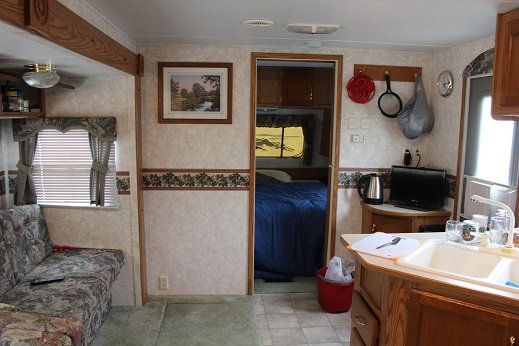 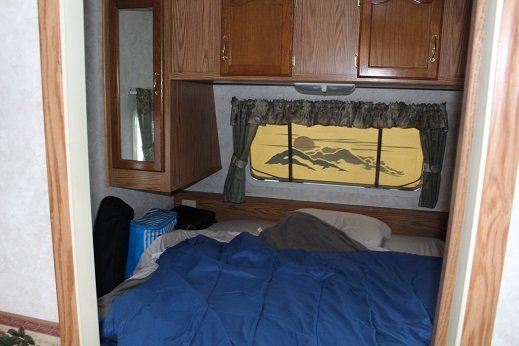 I’ve got the middle bunk. To get in you have to be able to put your head on the left and fold your legs up to miss the toilet wall. It would be easier head first but the light is at this end 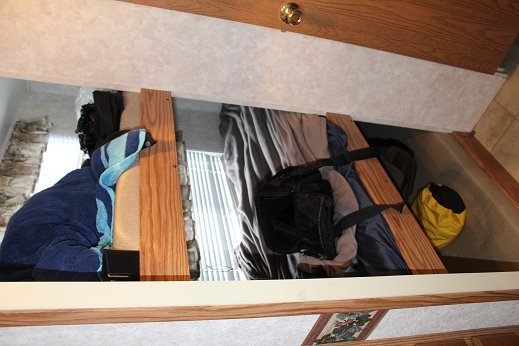 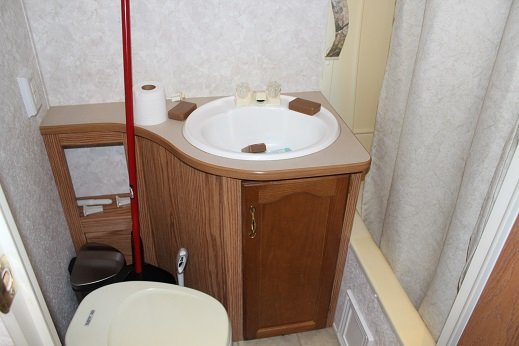 It is true. Everything in Texas is bigger than life. Houses, roads, Interchanges, theatres, restaurants and people. Especial people, never seen such enormous bums and bellies. The week-end was spend putting the mast and sails onto the kayak with the help of my son Nick and he also managed to give us a fantastic meal of lobster tail and crab claws with all the trimmings, after witch we left (,Sunday pm ) and headed towards Louisiana. We camped in pitch black in the middle of the prairie and went to sleep, despite imag ining herds of wild buffalo ramming there horns into the sides ( Where I was sleeping ) or Indians doing a war dance and thinking of my (Bald Scalp) To protect myself and Steve (In that order). I slept with my flare gun loaded under my pillow.Off we went in the morning and crossed the state line into Louisiana. The roads are marvellous and very well sign posted. Every where are over and under passes of massive proportions, The infra structure is mind boggling. There is a causeway running straight through the Bayou, build up on concrete piles, a proper motorway and lasts for 40-50 miles. It must has cost billions. We have now reached New Orleans after passing through Houston, Baton Rouge and many others. The weather is very cold. Regards Klaas