Heavy rain at the start so like a sook I sat in the car until it eased a bit. I put the skirt and my rain jacket on before I got out. Jools had something to say but I think it might have been derogatory and about my intelligence, so I have deleted the conversation from my memory.

Unfortunately the canal splits off from the city before the centre so I missed the famous view of the Avon River running over the weir in town. The first canal was a bit of a chore. I couldn’t fit into the lock because the two narrow boats filled it. The bonus was that when I managed to get out, get up the hill, cross over a busy road and then get back onto the canal path I kept going around quite few locks.  The narrow boats would have been an hour behind.

The canal went around Bath and hung onto the side of the hill. Unbelievably it then crossed the valley to be perched on the opposite side. I’m told that aqueduct is nothing compared to the big ones.

At Bradford-on-Avon I had a problem where I would have had to negotiate a beer garden and cross a busy road to get to the first lock. Luckily some kind merrymakers turned up and I raced into the lock after them to raise me up. They were on a day boat hire from Bath and were going between pubs but drinking in between as well. A bloke from Hobart was in their team.

The batteries ran out on the GPS at 19.5 miles but it was less than an hour to the finish at the Foxhanger marina. Never ask anyone where you are, how far it is to where you are going, or how many locks there are. You will get a different answer from everyone and most probably none will be right! 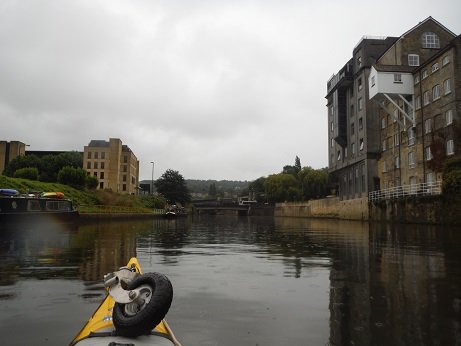 Near the centre just before the Kennet and Avon Canal starts 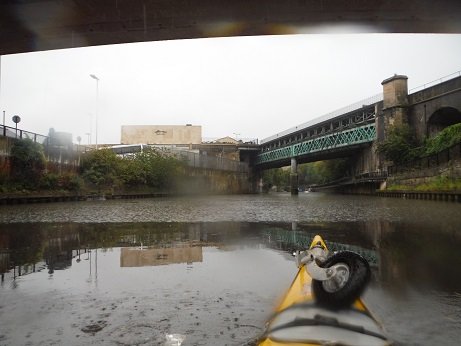 The start of the canal. All good except nowhere easy for kayakers 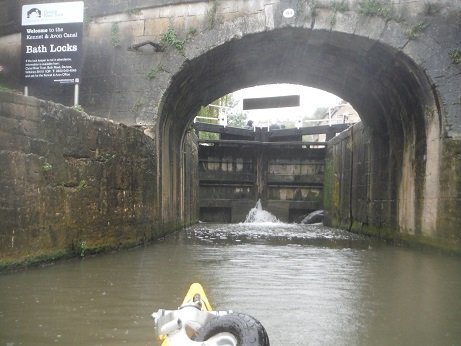 Next lock I thought I was in but no room for me. 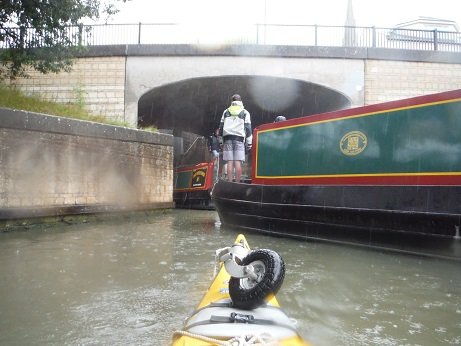 It worked out better because there were about six locks and I just walked around once I had crossed the busy road. 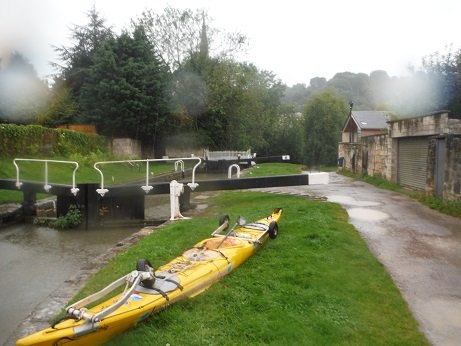 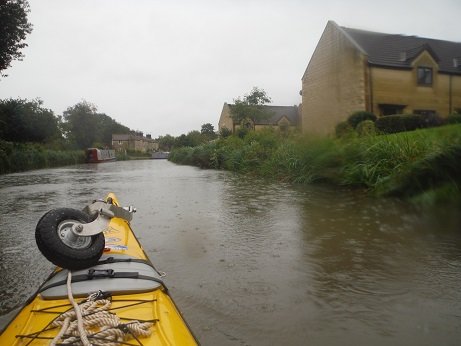 His and hers British red. 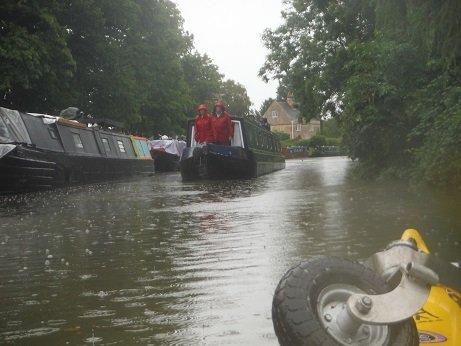 Just another one to pass 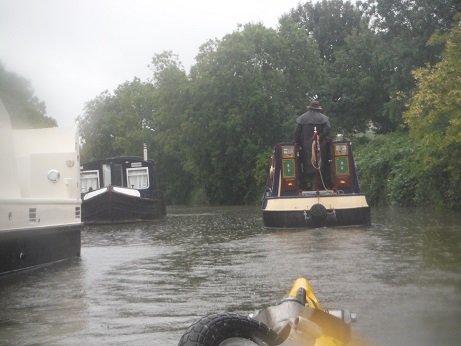 That’s a good park. Not! 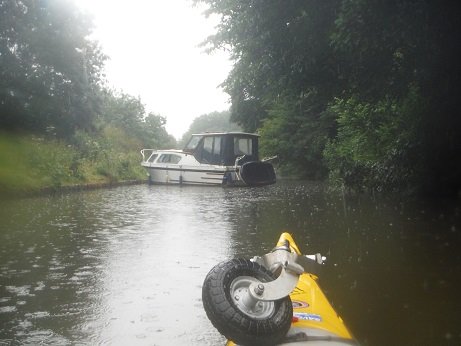 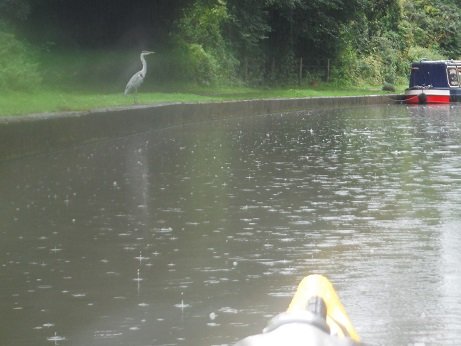 This is an aqueduct to the other side of the valley 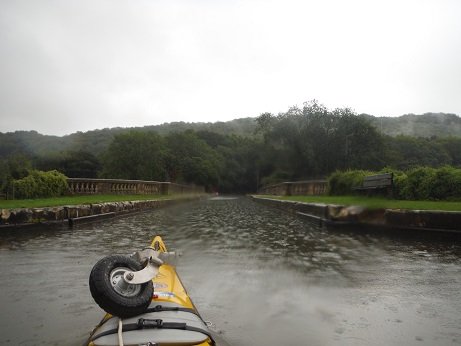 From the aqueduct. That’s a railway line under the canal as well as the Avon River 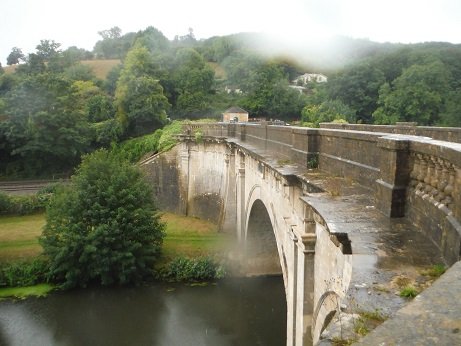 Look at the tree line, you can see it is the side of a hill 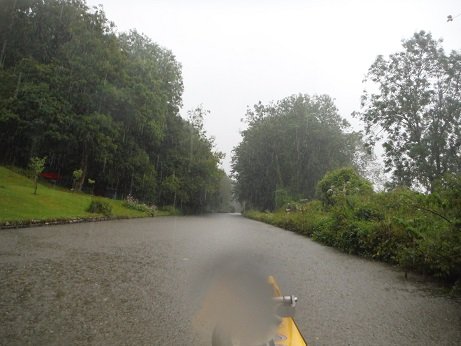 That’s a bit like how I feel mate, just a wee bit wet. 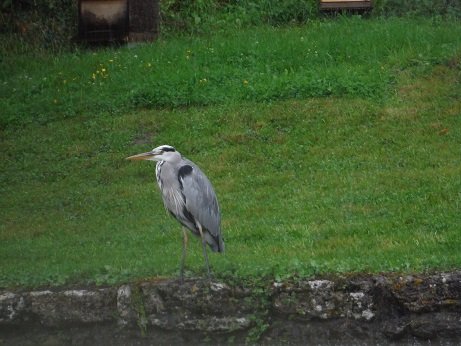 Canal with a view 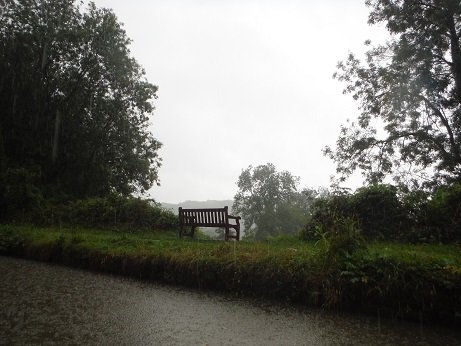 Kevin and Peter. Peter is Irish, Kevin apologised for the cricket. 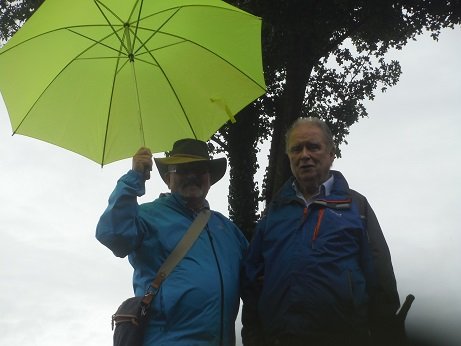 No idea what these are. Maybe to slide kayaks out of the canal? Sure. 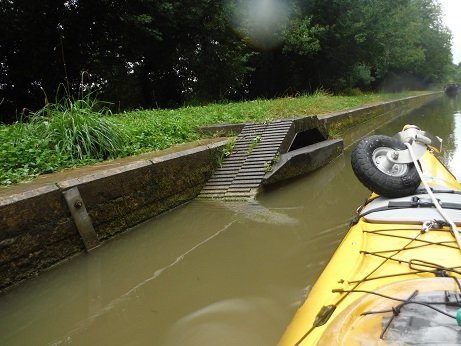 Into the Bradford lock with the party boat 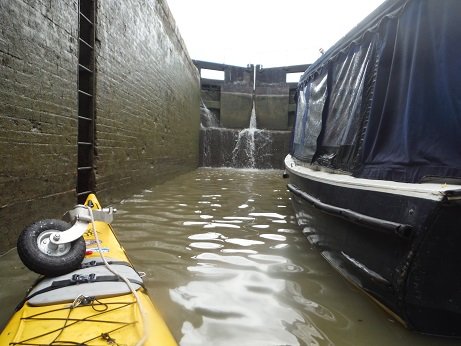 Near the top of another set 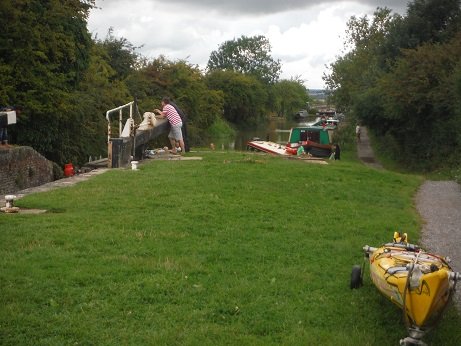 View from the canal 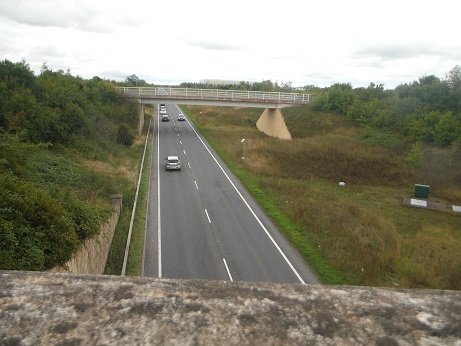 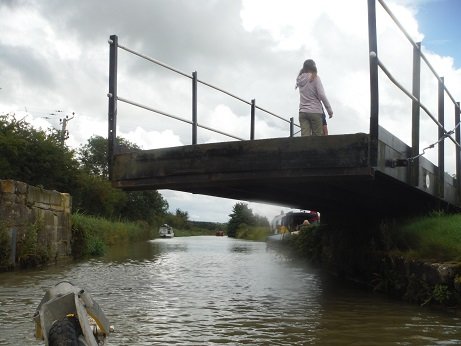 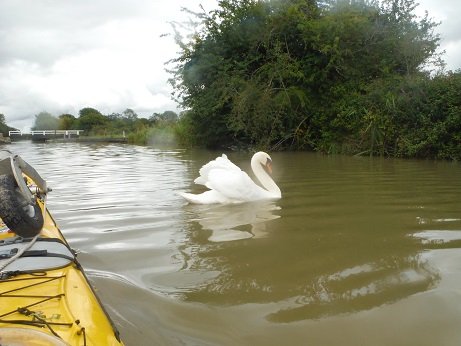 This is the Barge Inn. Get it? Clever eh! 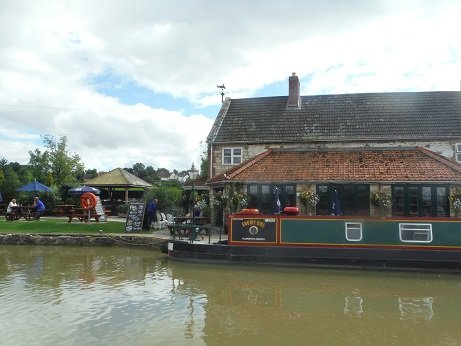