22 miles, 22 locks, finished at a theatre restaurant called The Mill. Jools, being of drama leaning, had us at the show that night.  Bit chick oriented but entertaining and a bit of fun. Back to van at 11.30pm, asleep 11.31pm. No text again, just pics.

Apparently there are eight of these horses around (on the hill above the white house). This one is near Devizes. 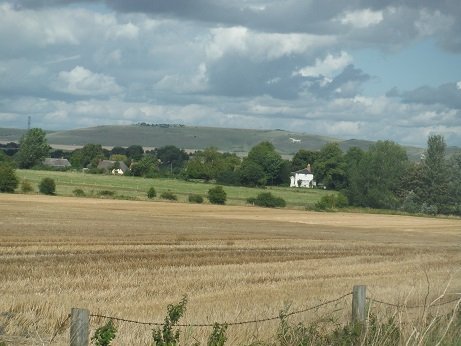 Mayor of Devizes: Roger Giraud-Saunders. Note that I am getting rid of books. There is a trick to this photo but you will have to read my next book to see something a bit unusual about Roger, but we sort of have experienced something in common. Roger, like the mayor of Reading, thinks Climate Change is a much better term than “Global Warming”. Their reasoning is sound but different. 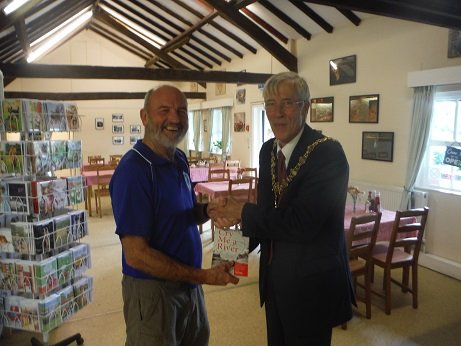 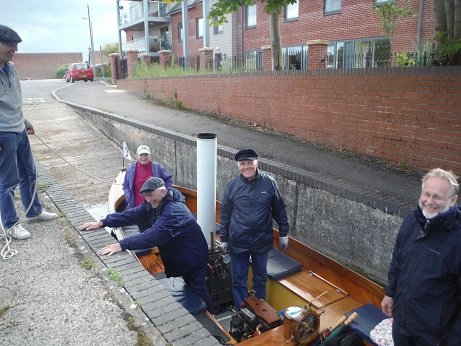 Gillian was with the steam boat team. She looks normal but…  in 1988 in a K2 she won the Devizes to Westminster kayak race in 22 hrs. It includes 76 locks.  www.dwrace.org.uk 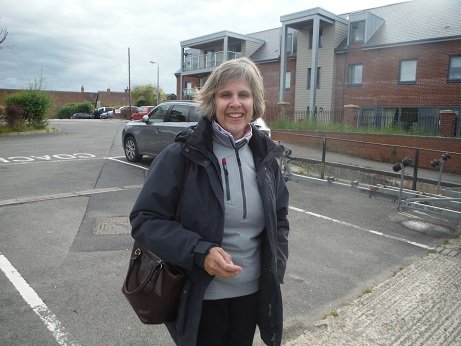 The bridges are getting lower 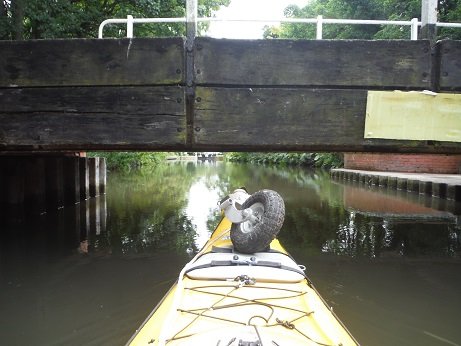 This is the heavy end of the small swing bridges 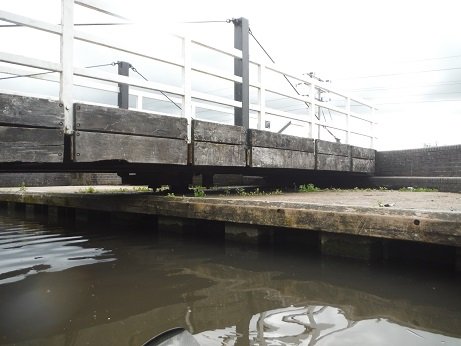 I just liked this as a picture 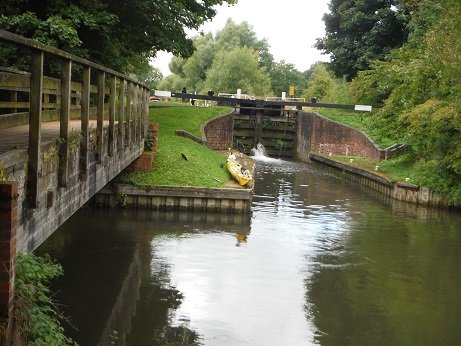 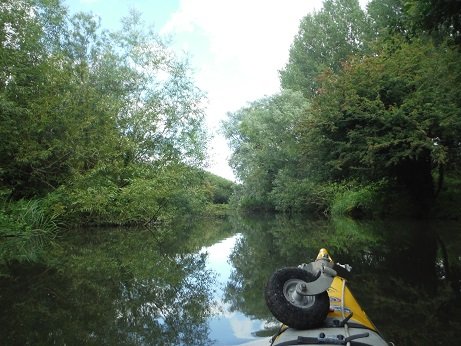 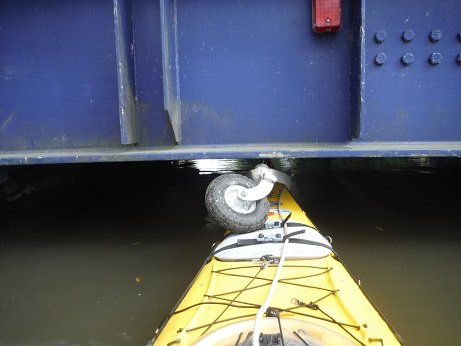 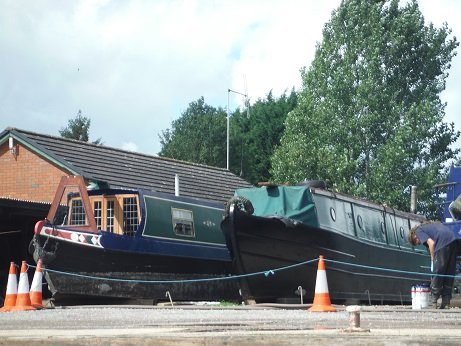 Same place. You can see what the bottoms look like 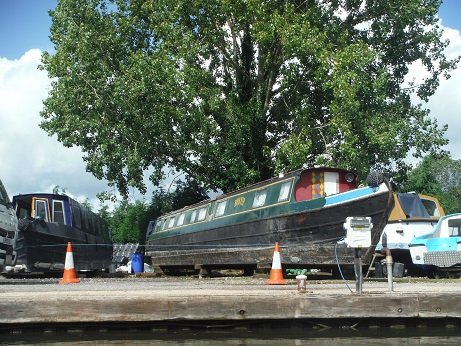 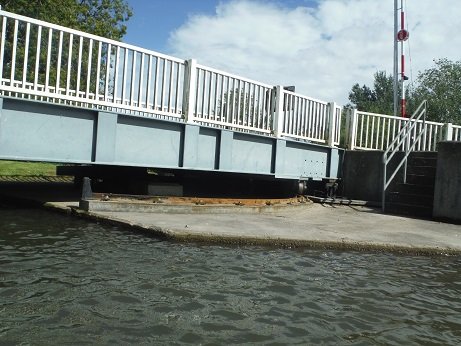 Good to stop slipping but murder on a kayak bottom 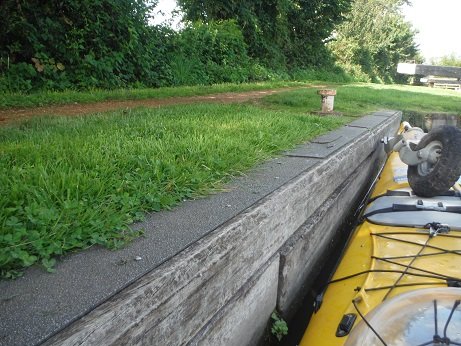 Note the number. I had to negotiate 100 locks on the canal to get here 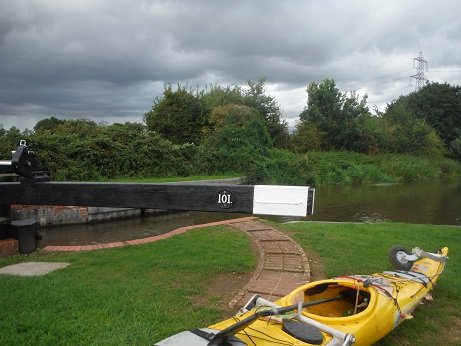 Not again! No spray skirt with me either. 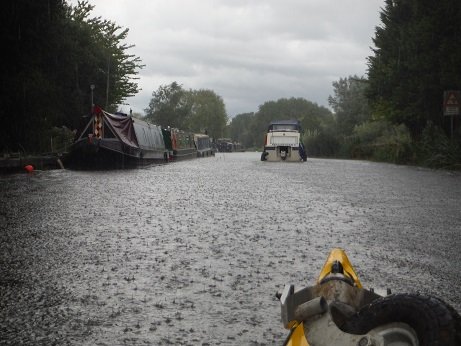 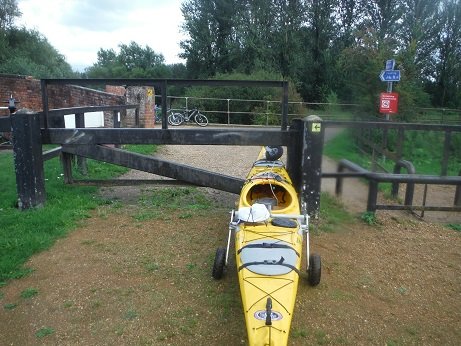 And look what’s on the downstream side 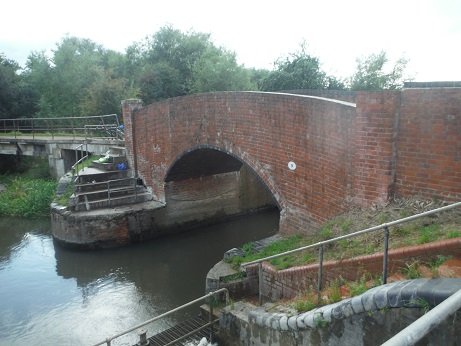 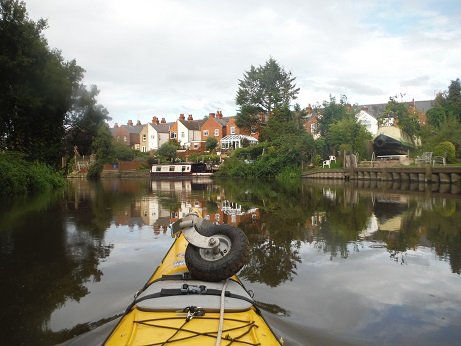 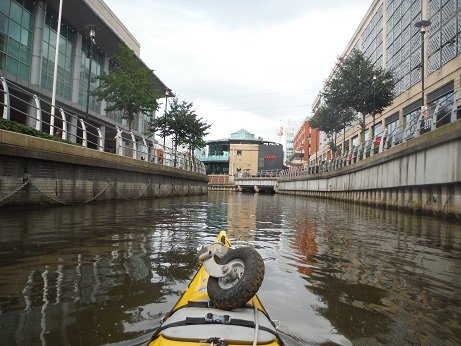 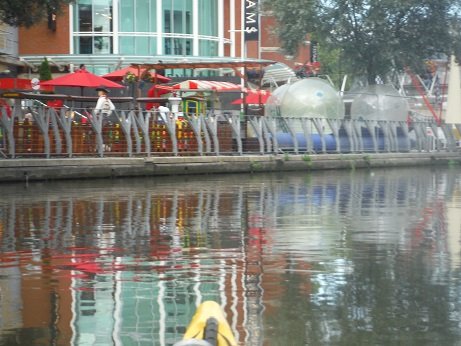 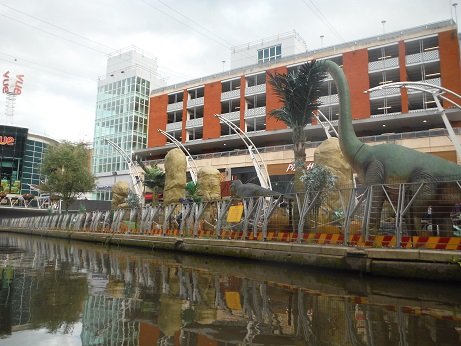 This area used to be a bus station 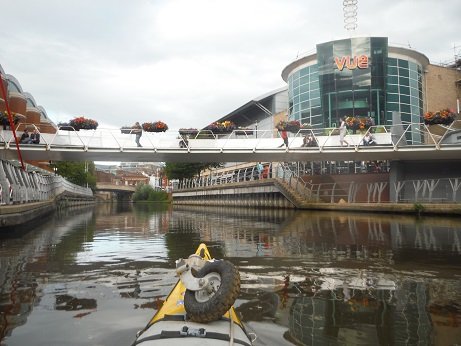 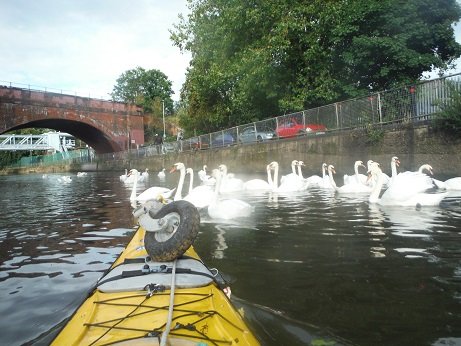 Looking backwards to where the canal enters the Thames. It is coming in on the left. 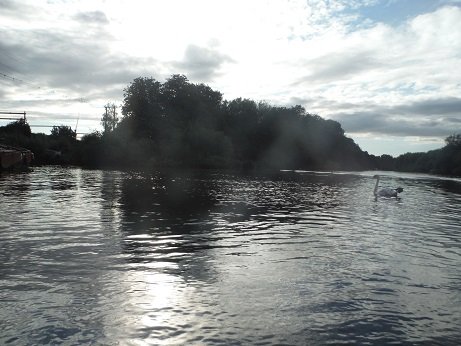 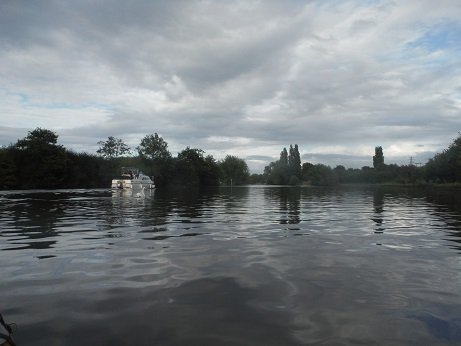 Mayor Sarah Hacker. Switched on climate wise but doesn’t like the term “global warming” because she says Britain will not be warmer if the Gulf Stream stops. She is well switched on and prefers “Climate Change” 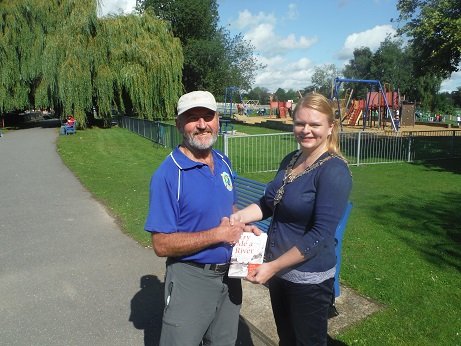 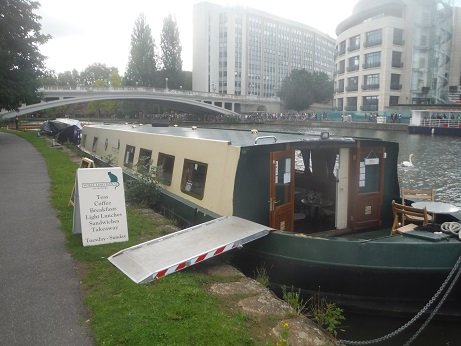