Nice start. This was the theatre restaurant we went to 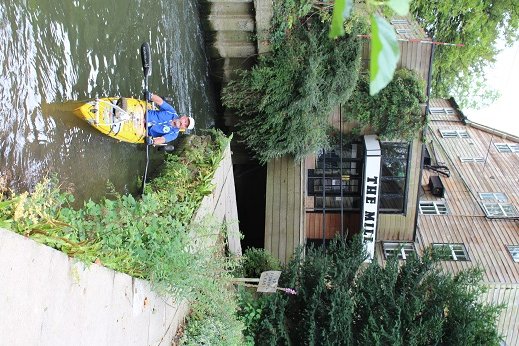 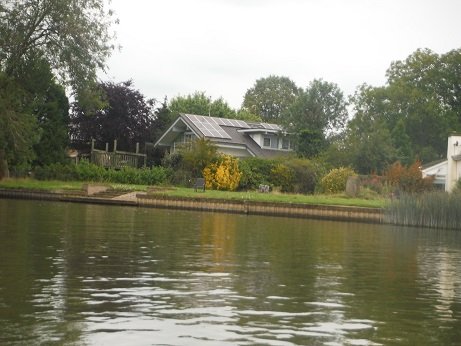 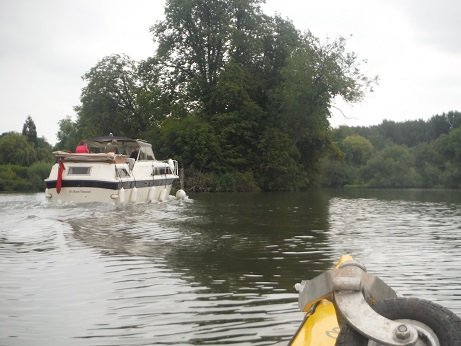 Now this is a portage fit for kayakers 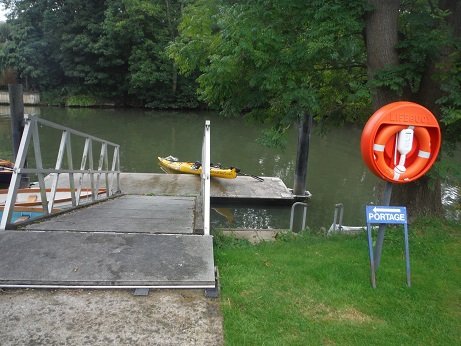 Lots of people on the river today 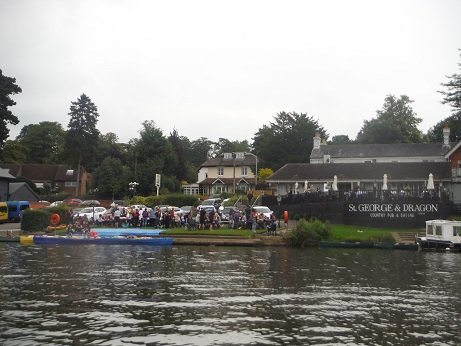 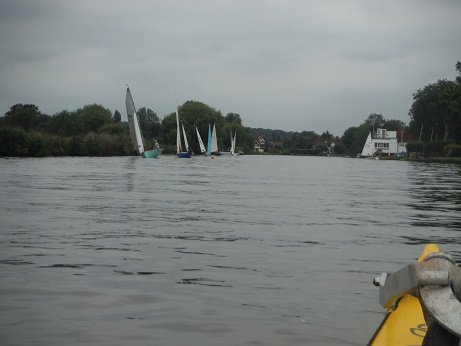 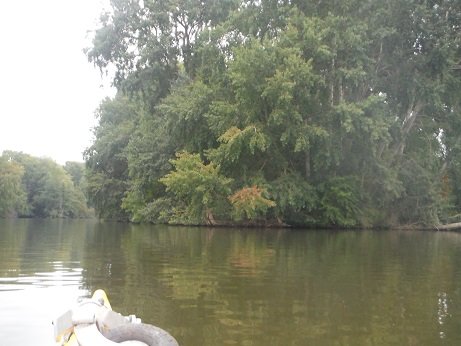 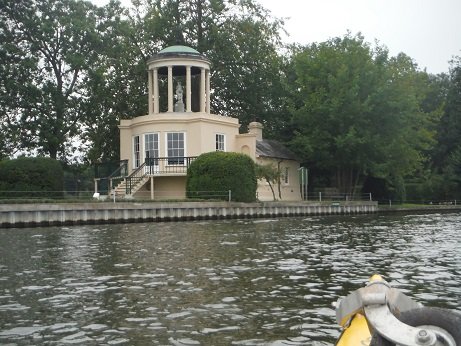 This pair was just tootling about and wanted a photo 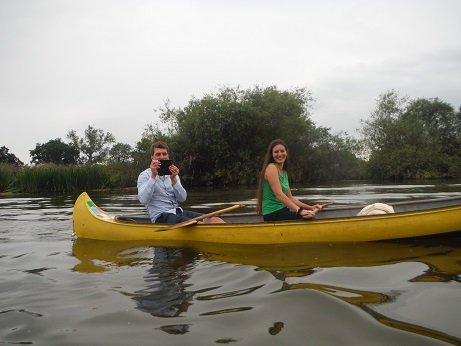 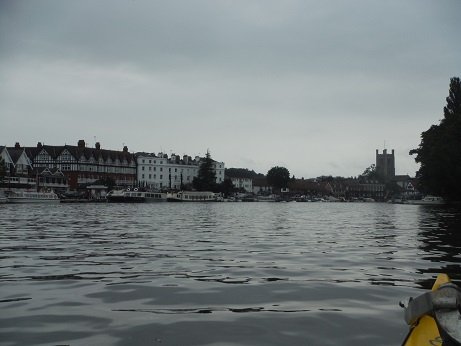 The rowing course is bigger than I thought 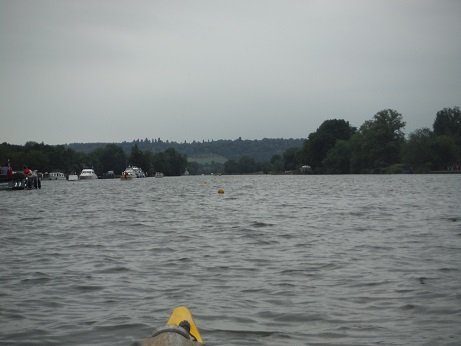 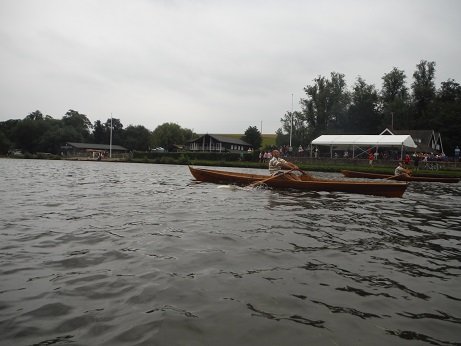 This boatshed has to be OLD 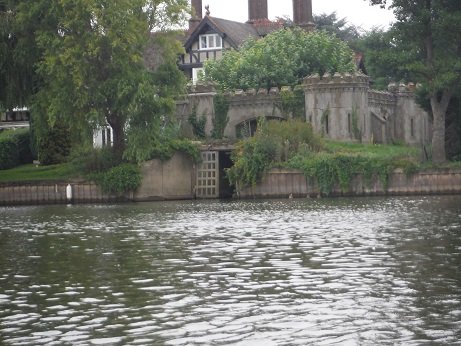 Because it is a holiday weekend people just gather in fields 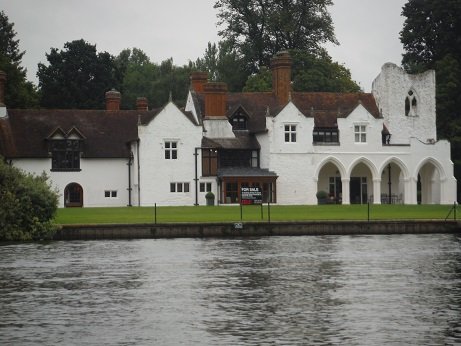 What do you want boats like this for way up here? 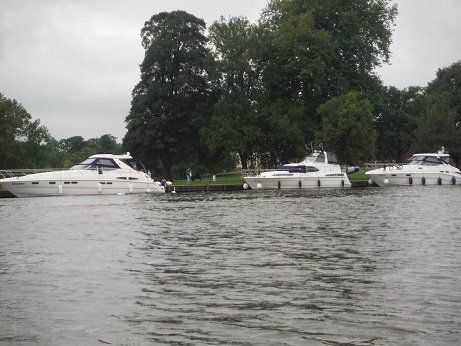 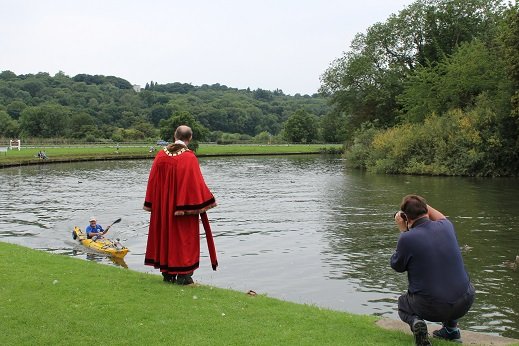 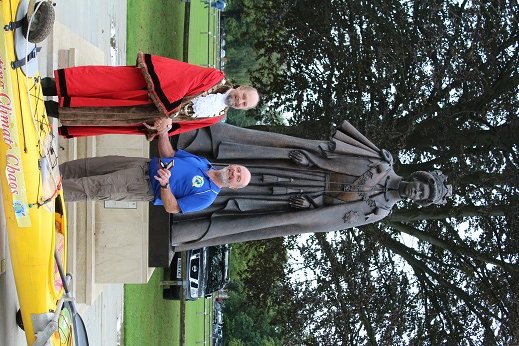 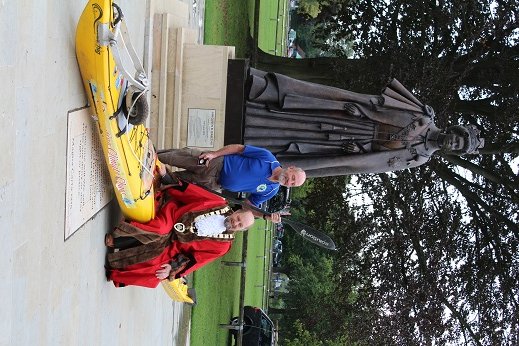 Mayor of Runnymede, Derek Cotty, met Australian adventurer Steve Posselt at the Queen Elizabeth II statute on the bank of the Thames at Runnymede Pleasure Grounds. Posselt is currently paddling across England on his way to the COP21 Climate Summit in Paris. At 62 he thinks this might be his last big adventure, but he has many tales to tell about the trip so far like the wild Mississippi in flood, huge seas off the coast of Australia and fierce heat which melted his shoes near Canberra.

His trip, Connecting Climate Chaos, is really a mission to preserve the rights of his grandchildren and the children of the current generation to inherit a healthy planet. He believes that it is our moral obligation to do so.

Posselt sees this site as probably the most important on his trip. The Magna Carta, signed in 1215 was the start of recognition of rights and he believes that 800 years later we are jeopardising the rights of future generations, exactly opposite to the direction of King John.

Steve is a civil engineer and talks about risk and the fact that until now we have been quite risk averse, opting to insure ourselves against unlikely events such as our house burning down and yet we seem willing to toss a coin and hope the planet will support our children.

He will be crossing the English Channel around 7th September, weather permitting. Follow his journey on www.kayak4earth.com