Before I start here is Lyn’s account of the day off on the 12th.

Lyn:        Catch up day, as a Southerly is blowing. We are staying at the Edgewater Holiday Park, and our camping skills are improving. We are pretty sure that we are now waterproof. Steve went out and purchased a ginormous tarpaulin, however we don’t really want rain to prove our theory.

After a bit of early morning catch up, we went into Port Macquarie for a big breakfast. Steve drove to the house he lived in when he was 17, it’s still there. He even pointed out the window to his room and told me. “That’s where I used to throw my sleeping bag out the window at night, I’d meet my girlfriend and we would go up to the headland. I learnt a lot up there!”

We noticed that the Port News was just along the street, their reporter, Peter Daniels had been trying to catch up with Steve for an interview, so as we were there we popped in. The receptionist was super helpful and tried to locate Peter, but to no avail, she said. “I bet as soon as you go he will turn up.” We had also noticed that the ABC radio studio was across the road, so we walked over there. Steve introduced himself and sure enough just before we stepped inside the studio we noticed a man waving at us from the Port News. You guessed it Peter. It’s a wonder Steve’s head fitted through the door! Before we knew it we were in their studio doing a recorded interview with Fiona, their breakfast announcer. After this we walked back over to the Port News and Steve did do an interview with Peter.

Back to me and as you can see I didn’t edit Lyn’s comments. We had a late start on the 13th, arriving back at Town Beach at 8.00pm where Peter arrived for a few shots before I set off for the paddle in and greeting at 9.00am. There was no need to paddle up the river because the current was flowing at 8.5km/hr. Confirmed with Lyn at 8.50am that everything was in place and arrived two minutes early. You can see from the photos that for a weekday turnout was pretty good.

Formalities over I headed back to sea against the run in tide and then scooted off to Camden Haven where I arrived with 36km on the log and 18.7km/hr top speed. Woo hoo, that was fun with a strong northerly and not a big swell.

Then it was back to Port for the presentation. Stressed a bit when the computer didn’t recognize the projector and probably should not have said “Shit!” quite so loudly but all was well. Met an old teacher, Mr Landy (I think Bill but we didn’t use Christian names then, just Sir) gave me a year book from 1970 when I was there plus a 50th school anniversary book. The presentation took 1 hr 15 mins which when I checked people were happy with. That gives me time to relax and throw on some humorous anecdotes and still cover all the way to Paris.

On my way to the bottle shop for a drink with dinner I passed the old court house where they took my driving licence from me when I was 18 but that is another story.

Lyn     Friday 13th       The local Branch of Climate Change Australia had organised a welcome for Steve to Westport Park at 9am.  Before Steve launched from Town Beach to paddle around the corner through the bar to reach the park at 9am he did another interview with Peter Daniels; a filmed interview this time for their online news. Peter has taken an interest in Steve’s story and has a good grasp of the Climate Change dilemma.

The Climate Change members and friends were excited to meet Steve and to be part of his journey. They have done a brilliant job informing the media of Steve’s trip, its purpose and the Climate Emergency Declaration.  He was front page news in the Port Express and page 3 of the Port News, plus online articles in the Port News.

After the official welcome the crowd cheered him on his way! He hit the water paddling at 9.30 ready to paddle as far as possible with the late start; keeping in mind that we had to be back at Port for his presentation that night at 6pm.

We did a radio check at Tacking Point Lighthouse at 10.30. He pulled into the lee of the headland for morning tea. As he was getting ready to paddle off, a curious tourist boat pulled up next to him for a chat; they wanted to know more about the interesting little kayak with its sail. Visitors departed, he was on his way. He had a favourable wind and he took off towards Bonnie Hills.  12.30 Steve radioed in, he was travelling well and making good time so he decided to push on towards Camden Haven. He guessed his arrival time to be around 1.30.

I was walking along the breakwall at 1.15 ready to film the action as he came through the bar.  Damn, I wasn’t quite in position and I could see him approaching. He was powering along, surfing the waves in. I did however manage to get some good action shots. Steve called out as he neared the wall. “Gees that was fun.”

With no time to waste we headed back to Port to get ready for Steve’s presentation that night. Once again the local group were well organised. It was held at the Port CWA room, a good venue.  The wonderful Kerri-Anne was already there setting up when we arrived. It was a great night, with an enthusiastic audience of 50. Steve delivered a great presentation and fielded many questions from the audience.

These presentations work two ways. Firstly, Steve inspires people to continue with their Climate action work and even build on their work. Secondly they inspire Steve to continue spreading his message and his knowledge on the problems that lie ahead if our governments persist on ignoring the emergency that climate change has become. 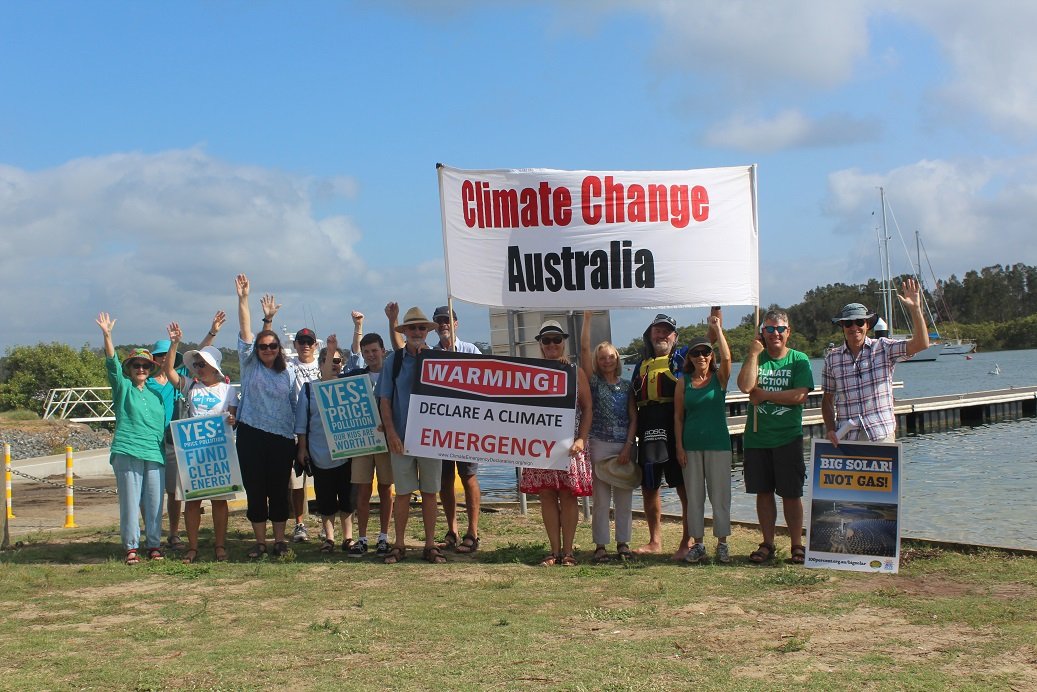 I think their name might be Climate Change Australia 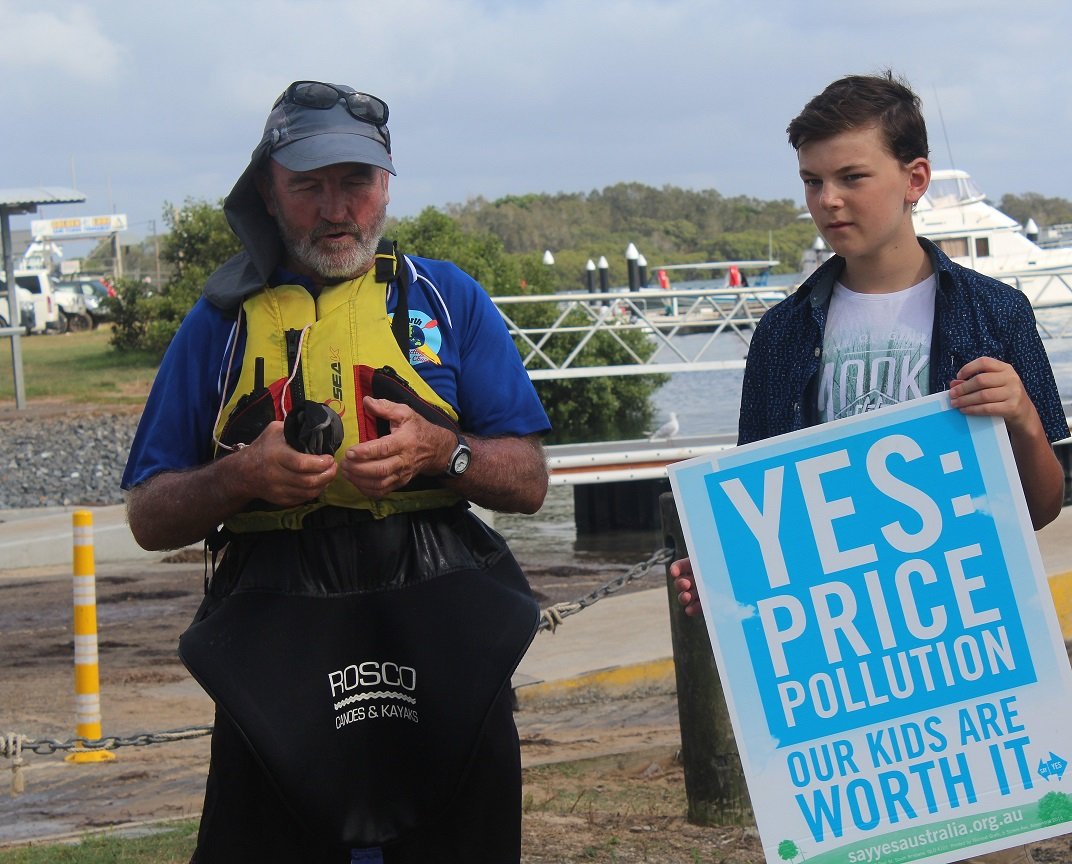 Too right Nicholas. It is great to see young people involved and it is also good to show young people that some of us oldies are trying to do something. 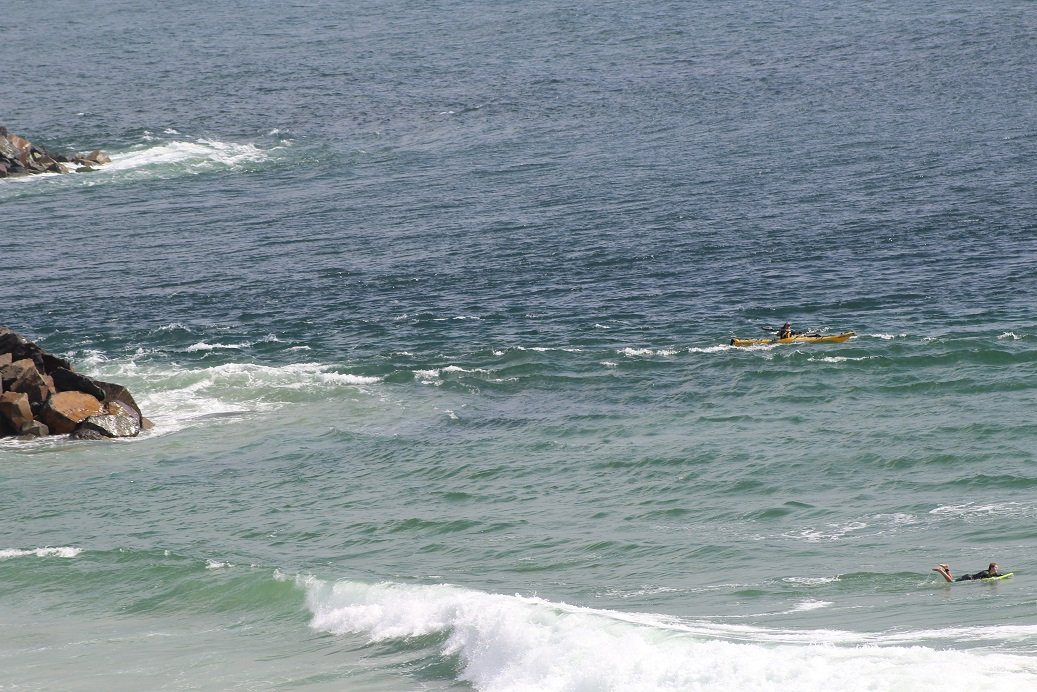 Anyone contemplating paddling up the Mississippi in a flood could use this for practice. Current in is 8.5km/hr and you have to pick when to turn right. It is just like paddling past barges and log jams only not as hard and nowhere near the consequences if you get it wrong. Look closely and you will see me. 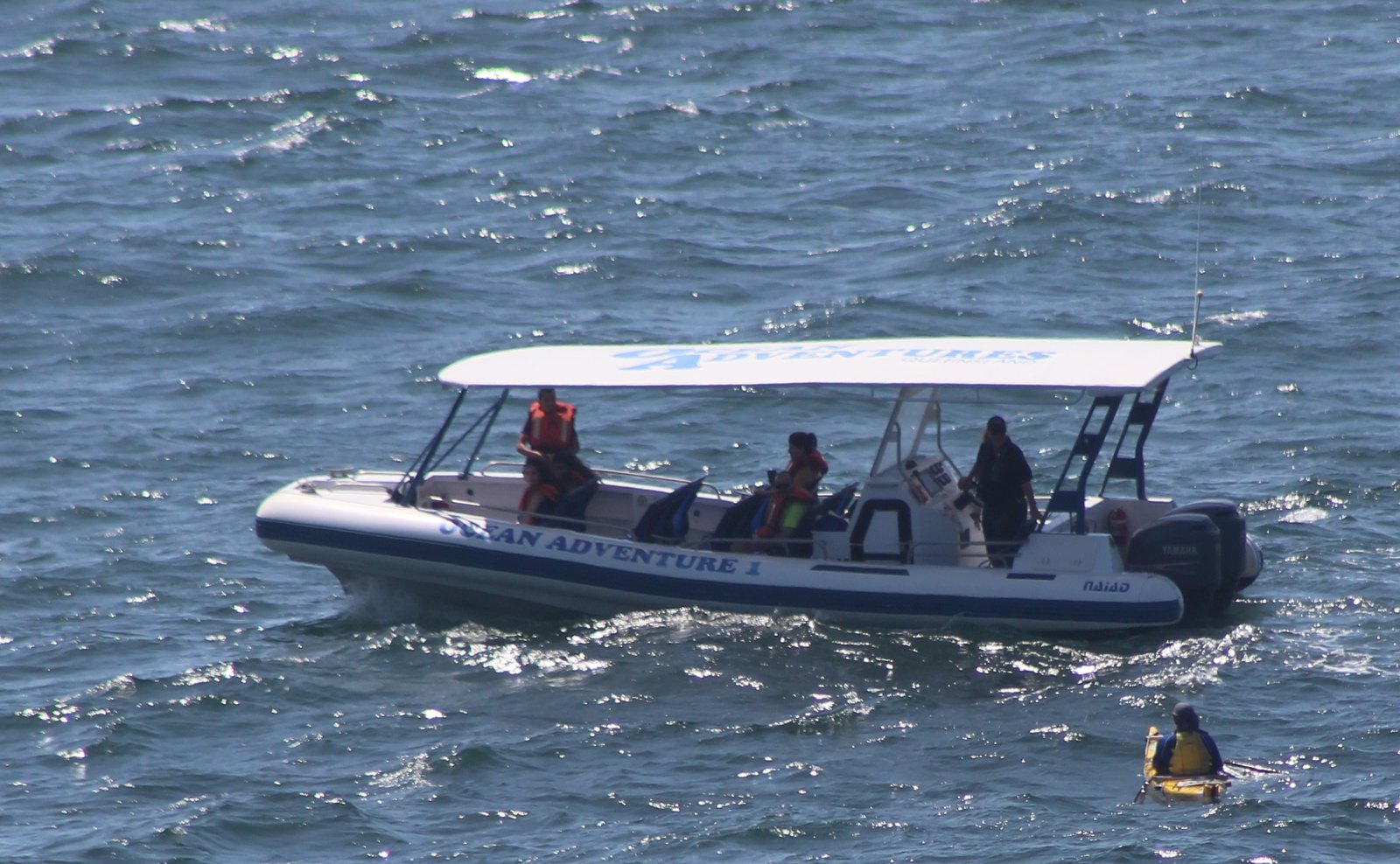 A friendly chat at sea 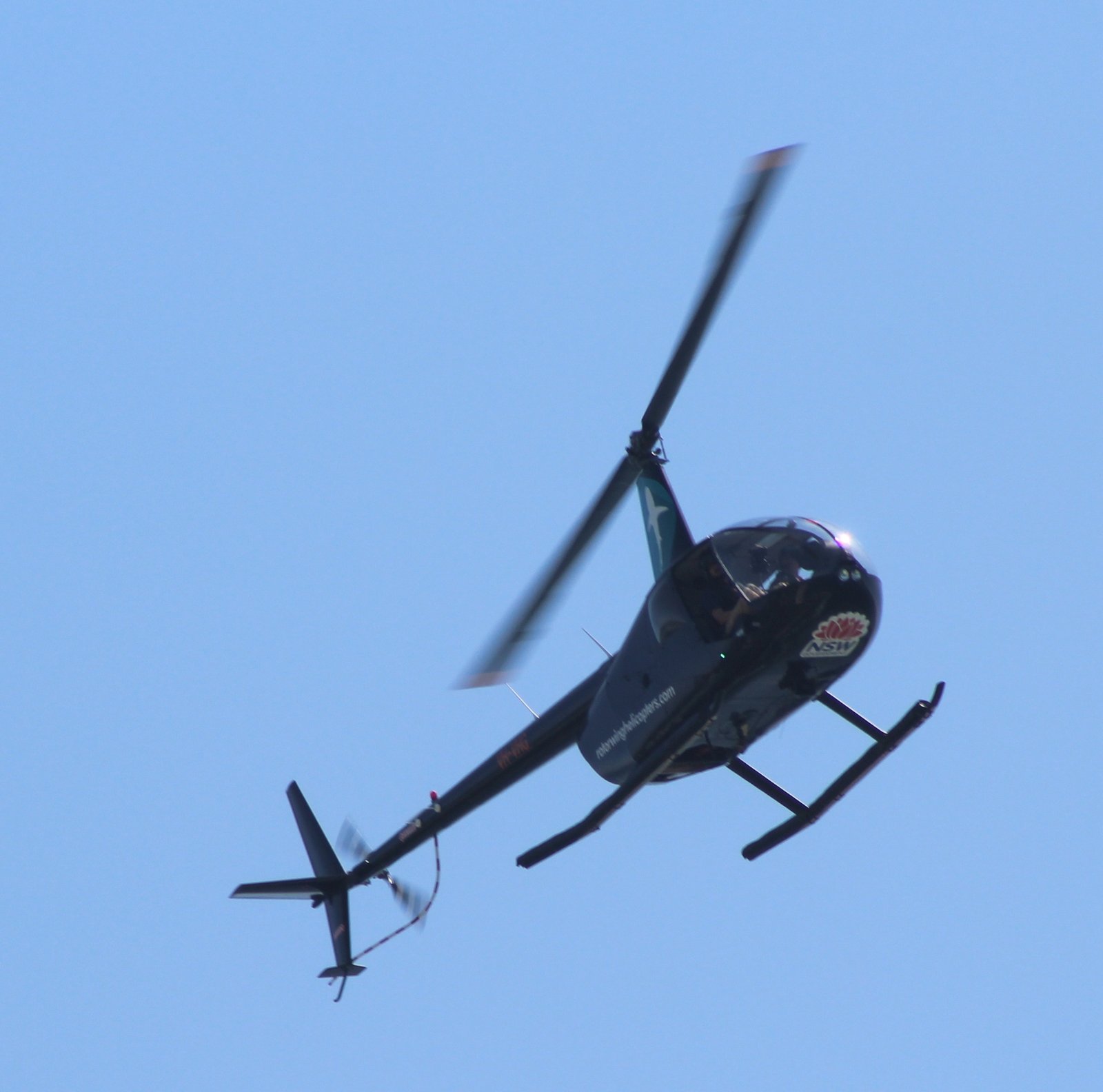 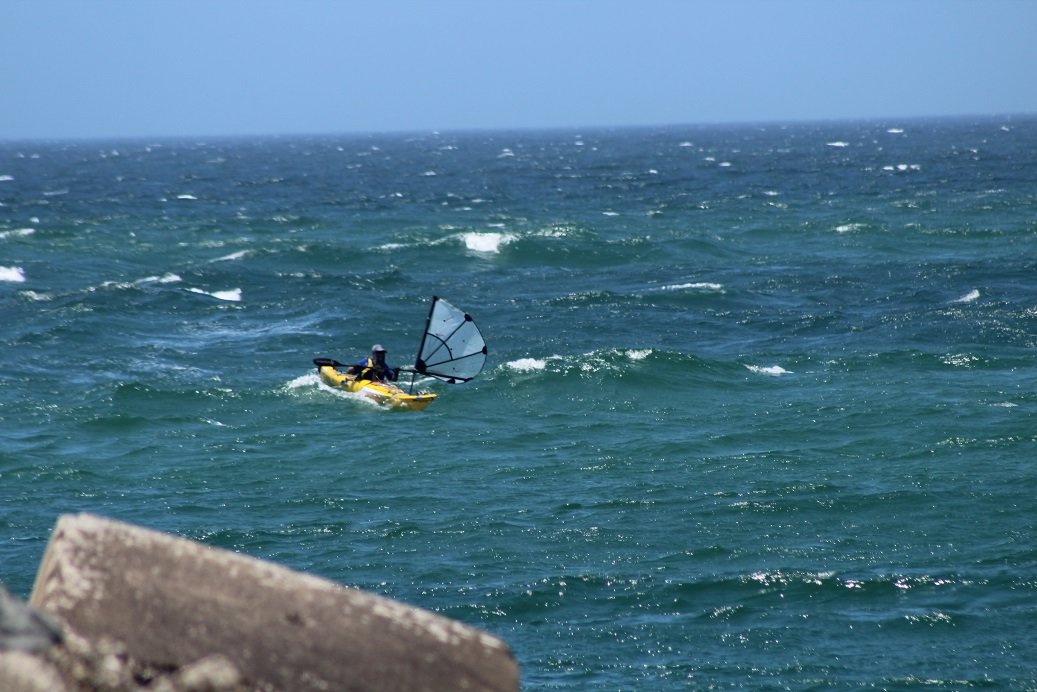 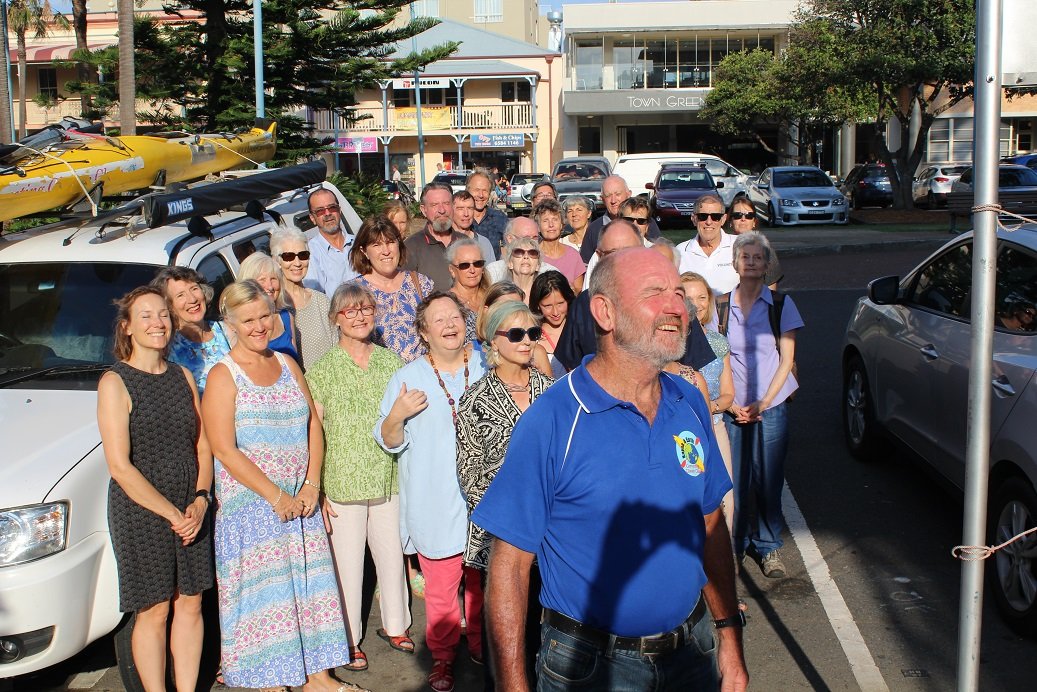 Some of the crowd for the presentation. Bit hard looking straight into the sun but all good talent does as it is told. Ron, pick your old teacher. I got him first look but it was only 47 years ago.