We didn’t leave Tea Gardens bridge until 11.30, after doing a radio interview with 2NURFM. The river heads west after the bridge so I got a little help from the sail as I sailed across the oyster beds. There is a maze of small islands so I thought it best to stick with the channel markers meaning that lots of boats and a ferry went past. The river snaked south and then I was in Port Stephens.

The icy air sliced my screaming body… No it didn’t but Iiked the idea. It was great to have a cool breeze compared with yesterday’s blistering gale. Within two hours I was at the heads and able to turn a little to the right and set the sail on a tight reach. It was very bouncy near the cliffs with lots of little peaks on the ocean but I powered on thrusting through them. Past Fingal Lighthouse on Shark Island, past Fingal Bay and then One Mile Beach, but I was unsure where I was in relation to Boat Harbour. A discussion with Lyn, who could finally see me managed to right that situation although the waves were crashing on the rocks and the entrance looked a bit tricky. Not to worry, there was a big enough gap so I dropped sail and committed. A powerful current washed me towards the southern rocks so I just powered on and easily beat it. A lot of foam on the grey sea made me feel uncomfortable but logically there was nothing to worry about. Old Yella slid onto the sand at 3.45pm with 28.3km on the clock 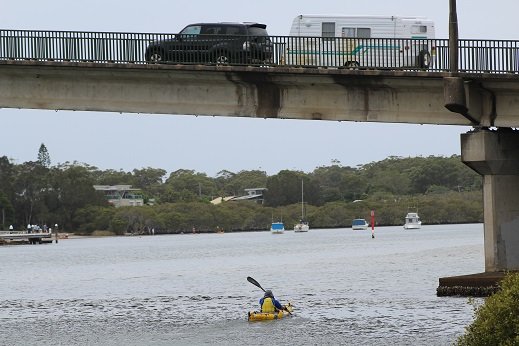 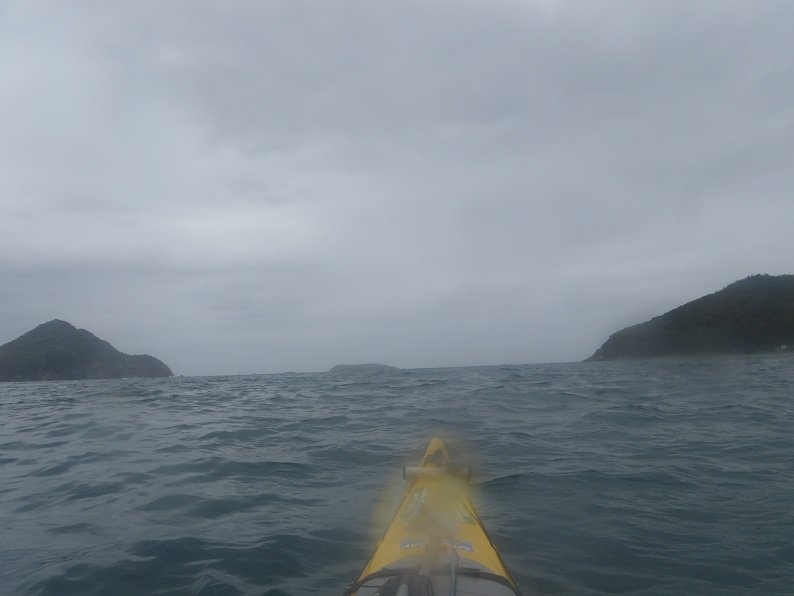 Entrance to the bay. I think it might just be the Karuah River but I have always called it Port Stephens or Nelson Bay but they seem to just be suburbs 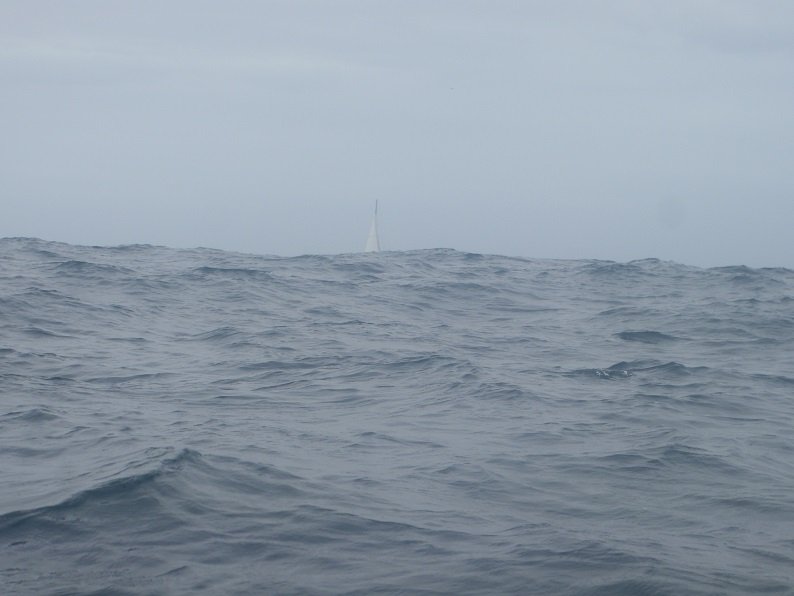 Coming across against the current 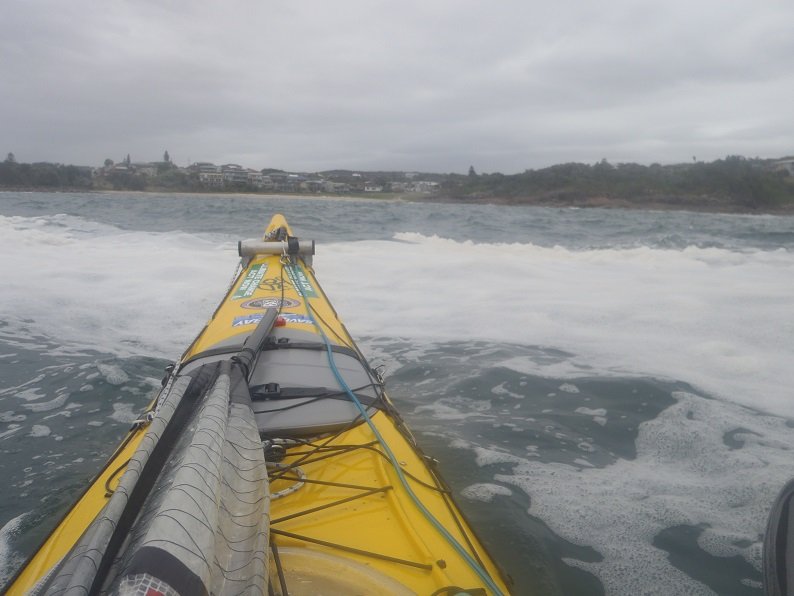 Close up of the foam from the waves

Lyn     DAY 19     Not having to start out so early today allowed us to spend time with Marny. Gordon is in Lismore settling into his new job with OEH (Office of Environment and Heritage) Marny will shortly join him there and they will once again be Northern Rivers residents. They have both been and still are tireless workers for the environment.

It was interesting to learn more about Marny and to hear the history of Australian Seabird Rescue. She was there from its inception and nobody knows more about it that she does. Marny and Lance took it from a hobby of saving pelicans to the Australia wide organisation that it is today.

Just as Steve was about to shove off at Tea Gardens I received a call from Garry at 2NUR to see if  I could organise an interview with Steve. (I love being a P.A. – sounds good, bit of a hoot really) Talk about perfect media timing, ABC also rang for an interview not long after he landed at Boat Harbour.

Next he radioed in to Marine Rescue at Port Stevens so they could log him on as leaving Tea Gardens with an estimated E.T.A. Of 1600 hours (4pm) at Boat Harbour. The radio operator could have been a radio announcer he had the smoothest voice and a great presence. Although when he called Steve the  Skipper of Old Yella Steve replied “That’s a bit of a grandiose term!” Then he inquired as to the colour of the kayak. “It’s yellow like a banana.” Steve replied. “Ok that stands to reason. Have a good trip, Port Stevens out.”  Steve finally left Tea Gardens at 11.30.

I arrived at Anna Bay at 12.30 heaps of time to look around and check out the landing spot. I headed straight to Boat Harbour; Mm looks a bit tricky, only a narrow passage in and the waves were crashing over the Rocks on either side. As the tide was still quite low I was hoping it would be a bit gentler by high tide at 3.15 when Steve was due to come in.

Next I went exploring. First off I went to One Mile beach, this was just to the north of Boat Harbour. It was a nice little bay and the waves weren’t too big, but there was no beach access (only for emergency vehicles). Next I went to Birubi Point. Well what a shock. Ok it does have  a long surf beach which was quite rough today. BUT then you go over the sand dunes and it’s like ‘What the hell!’

There were 10 camels with queues of people waiting to have a ride on them. There were 4 Wheel drive adventure tours, sand boarding and horse rides. Where have all these people come? Then I noticed that there were bus tours bringing in more people. I thought this was a quiet little out of the way town. OMG.

Steve came into Boat Harbour at 3.45. It was a tricky ride through the narrow entrance up to the beach, but as he glided up onto the sand he said ” I didn’t like that, a lot of white water a lot of bouncing and a lot of foam, anyway it’s alright when you get through all that white stuff.”

And so ends another day….