8am – We put Old Yella in at a small wharf nearby and Steve headed out to await the radio signal to come in for the official welcome at Horseshoe Beach.

In the meantime I went to Horseshoe Beach and met the organisers, I received a call from NBNnews and organised for them to be there at 10am to film Steve and the flotilla coming into the beach.

The crowd began to swell and many kayaks arrived; Emma Giles one of the organising party arrived on board the safety Boat. The call went out over the loudspeaker from the M.C. Jack  Thieme for all crafts to take to the water to accompany Steve into the beach.

It was a great setting with Steve in the forefront, Nobby’s Lighthouse in the background and  numerous watercraft accompanying him to the beach.

The feeling amongst the crowd was very spontaneous; there were about 100 people there. Then out of the crowd a lady stepped towards Steve to welcome him, Steve got a surprise when he realised it was Kerry Chalmers, an old school friend from Grafton High School days.

Steve recorded an interview with NBNnews and then gave an impromptu talk on the beach to a great reception. Thank you to NBNnews who have covered Steve’s journey all the way from Ballina.

Today marks the halfway point to Moruya; while it has had its tough moments Steve’s journey to this point has gone well.

I now pass the support crew baton onto Warren Birkinshaw, an old uni mate of Steve’s.Have fun, look after him Warren, I will see you both in Sydney on the 28th January at the Opera House Man O’ War Wharf.

One final thank you from me to all the amazing people I have met along the way, they gave us shelter, support and friendship. I also thank them for all the work they are doing in their local areas  to make this world a better place. 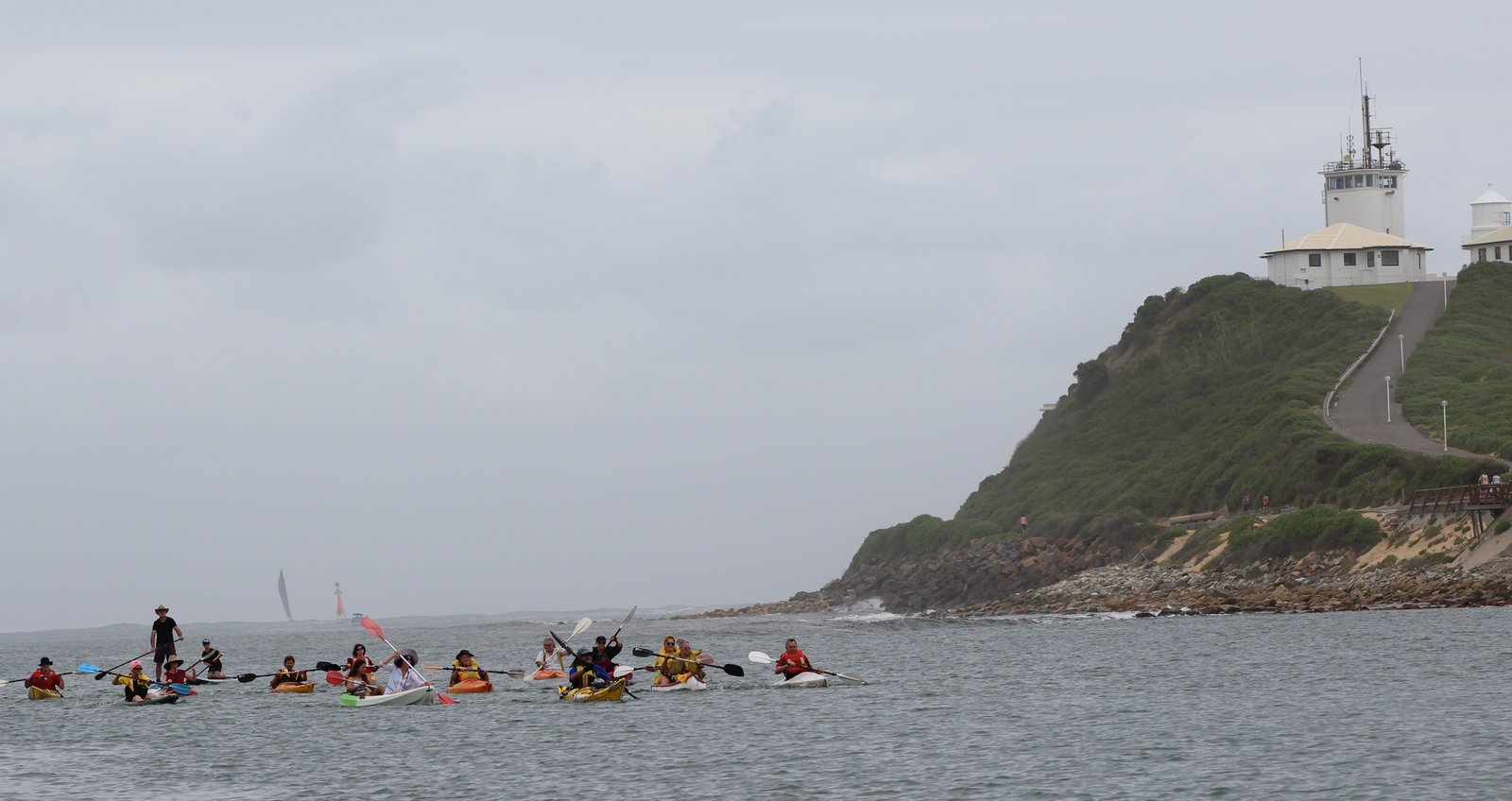 Not bad to get most of them together eh.

Even gottem back to the beach . NBN were great again (see FB page) 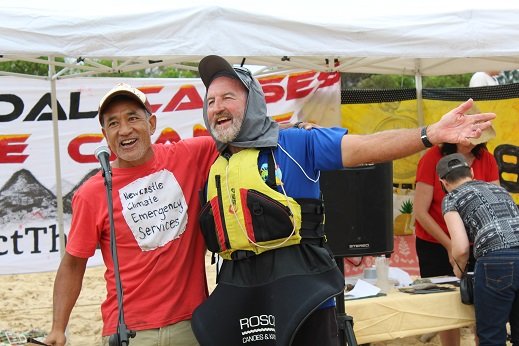 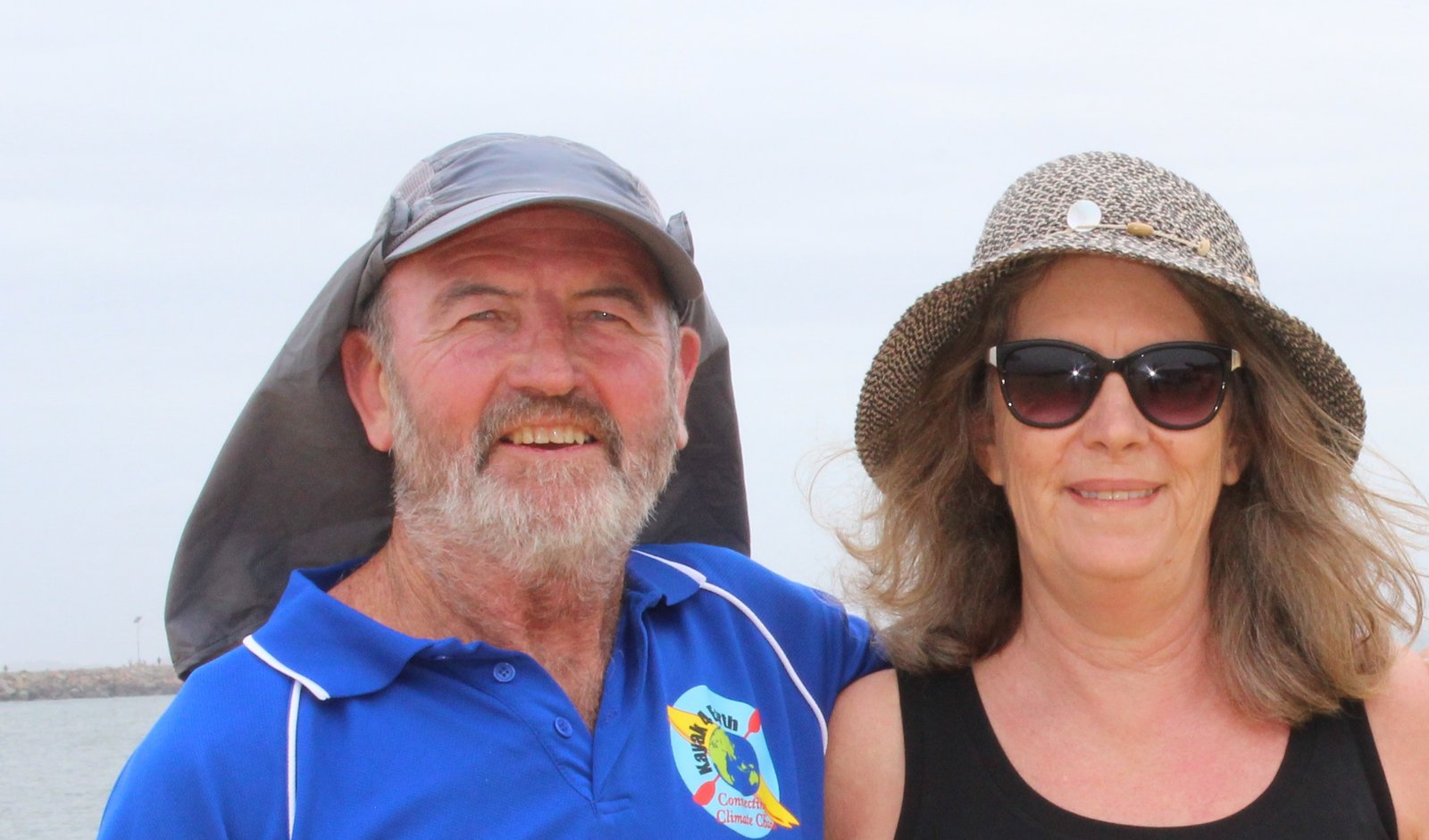 Fantastic surprise. Kerry Chalmers (nee Arndell for you Grafton lot) came down the beach as I got out of the kayak. We went through school together and competed academically. She has been lecturing at Newcastle uni for many years. 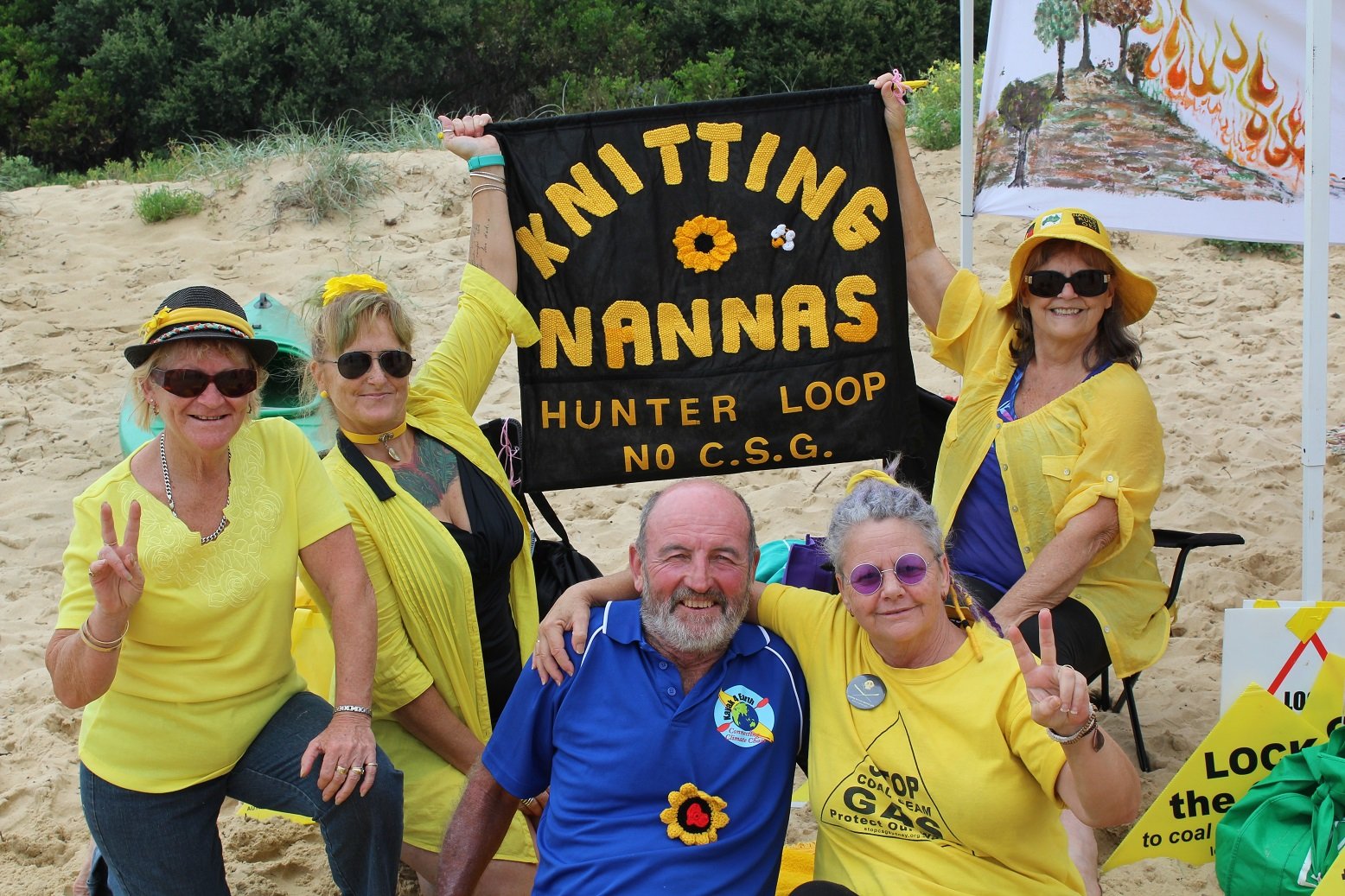 Beware the nannas. They are everywhere. See what I am wearing Rosie!

Way too many people to thank. It was a great turnout, terrific organisation and really motivating for me!