On the water before sunrise there were about twenty racing skis and two outrigger canoes (OC6) who just beat me out of the harbour. It takes half an hour from when we arrive to getting on the water. That usually includes a lengthy conversation with Marine Rescue while they confirm details.

The water was glassy and the sky overcast so I made good time past five islands and down to Bass Point which projects a long way out, making the paddle past Windang more than 4km off the coast. The 9.00am sked went smoothly and I passed Warren on the point at 9.30 where he practiced his photography skills. Next sked was 10.30am.

Just before that sked I saw three mutton birds on the water about 200m ahead. They flew off but I investigated what they seemed to be pecking at. I overshot trying to take a photo so had to back paddle and come at it again. Something bumped the rudder three times while I was doing that, so I hastily took a photo of whatever it was and paddled off at speed.

The 10.30 sked was fine but Warren said the southerly had just passed him. That was a bugger because I was watching clouds that I thought heralded the wind and they were an hour away. The southerly was predicted after 11.00 and I reckoned I would make it to Kiama or at least to the shelter behind the headland before it hit. I was less than 5km from Kiama and about 3.5km off the Kiama Downs beach.

Suddenly all hell broke loose as 40knots ripped into me. It was all I could do to maintain a line perpendicular to the wind. Left full rudder, many more right stokes than left and 45 minutes of full strength paddling before I made it to the beach. By then the wind had ripped up a messy lot of waves but I managed to land on the beach without disgracing myself and dragged the kayak up the path to the surf club. The sand stung my legs as the wind still buffeted even there on the beach and behind Bombo Headland and Cathedral Rocks.

So near and yet so far. Another 20 minutes and I would have been able to get into Kiama but it wasn’t to be. Might just be a bit more wary next time. 40 knots on the nose is a bitch. 28.9km on the log 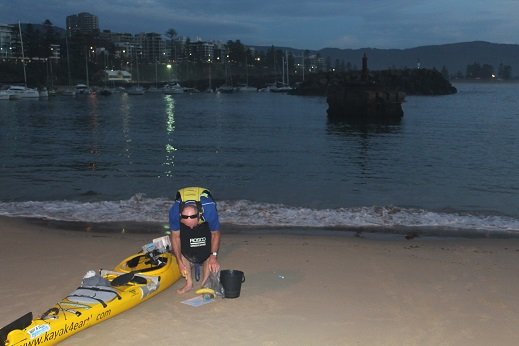 Warren reflects light off my head 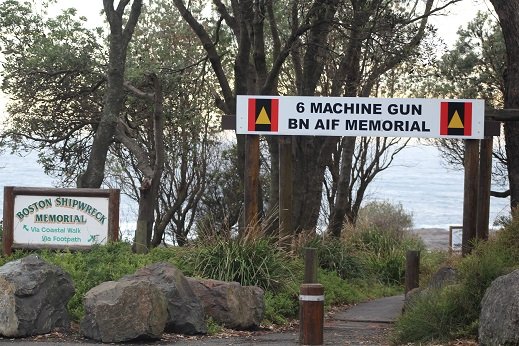 Only seen by the support crew 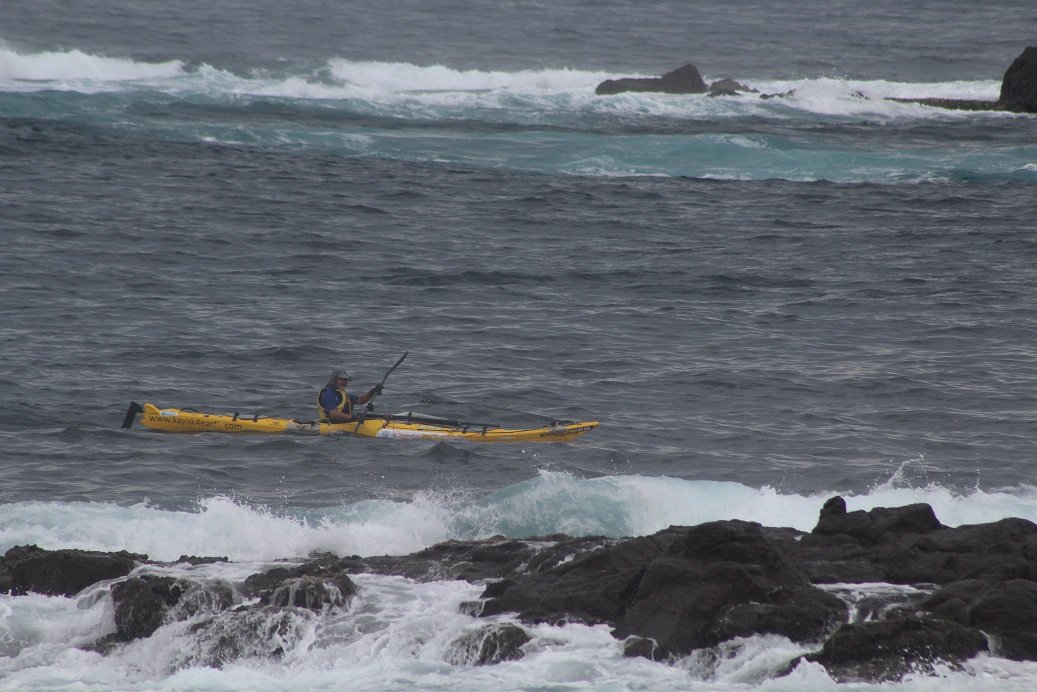 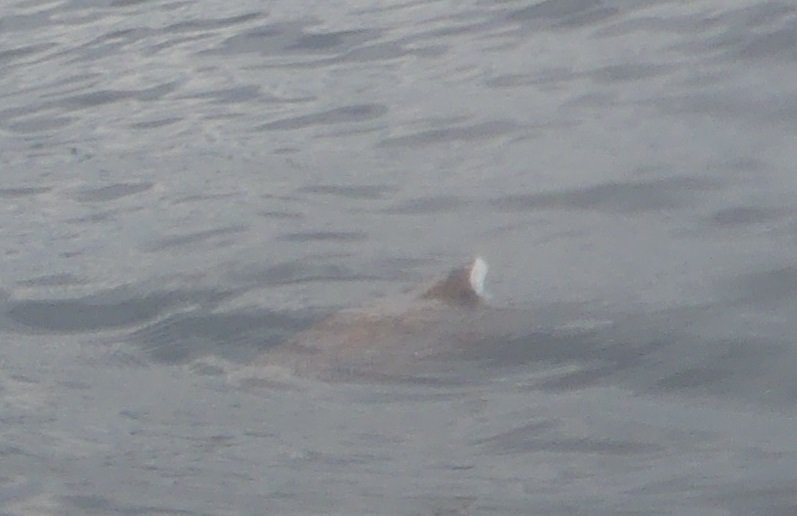 Warren     This is becoming a habit, up at 4 am, so Steve could try to beat the Southerly, and paddling early. My photography skills seem to be improving, largely due to a tip Lyn gave me. Anyway, I got a series of shots as Steve left Wollongong and turned south around the lighthouse, then I headed South hoping to get to a very prominent headland for our fist radio sked.

Despite what the other blogger, who only has to keep the land on his right might think, access to headlands can be quite obscure. I asked a young fisherman of about my age how to get to the point, and following his advice, got right to the spot for the nine o’clock check in. I got what seemed to be great photos of Steve paddling past. It’s worth looking the location up, it is Bass Point at Shellharbour. It is the site where the American tanker “Cities Service Boston” ran aground on 16th May, 1943, and four Australians died saving the sixty two crew members. The Australians killed included members of the 6 Machine Gun Battalion AIF. There are memorials to the ship, and to the soldiers at the site. Bushrangers Bay Aquatic Reserve is also on the point.

Anyway, I scurried south and because Steve was forced to land due to the Southerly, collected him and we finished early for the day. It’s the first time I’ve seen Steve’s kayak in such a dishevelled state, it was liberally coated in sand, he’s usually a bit more refined (ha ha).