South of Kiama you really feel like you are on the south coast of NSW. It is different to the north coast, both beautiful in their own ways.

We awoke to a gentle northerly, packed the tent and had a leisurely start at 9.00am with the northerly building. By the time I got to Crookhaven Heads, just 30.5km away it was blowing 20 knots so the trip was fast. We were packed up and ready to go by a bit after 2.00pm. Because we needed to find accommodation and because of engagements in the area we had called it quits early and headed into Nowra where we erected our masterpiece for two nights. 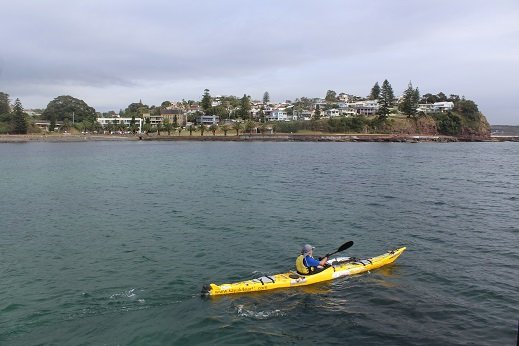 Rolling hills south of Kiama. Part of the lens is wet and I did lick it Pete. 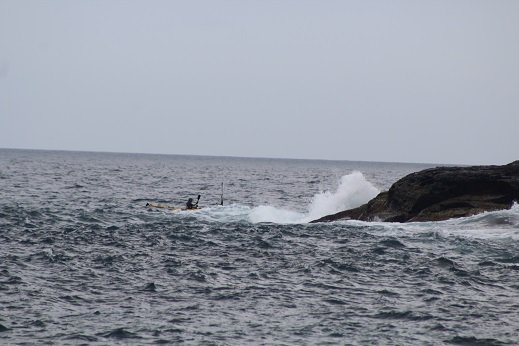 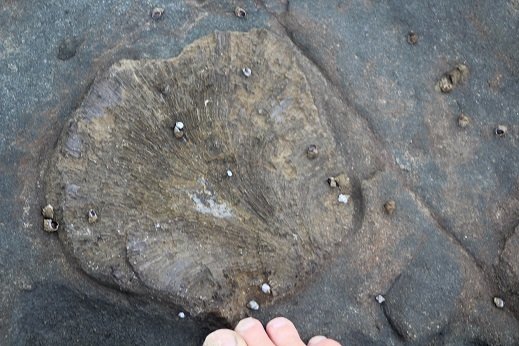 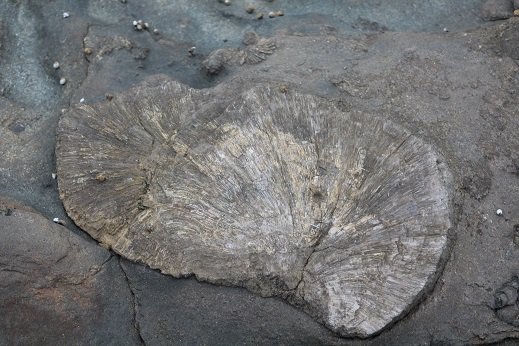 We have plenty more images of fossils if anyone wants them 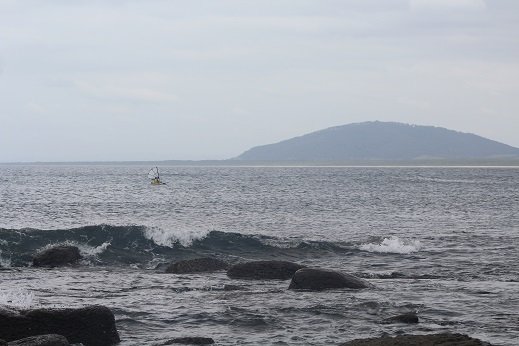 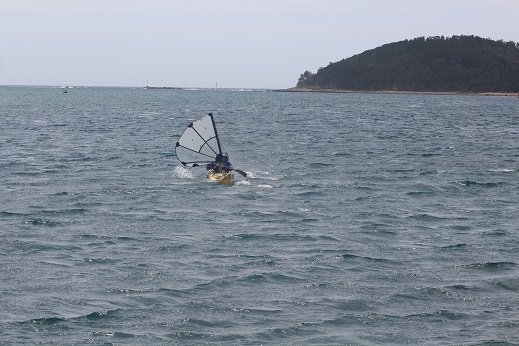 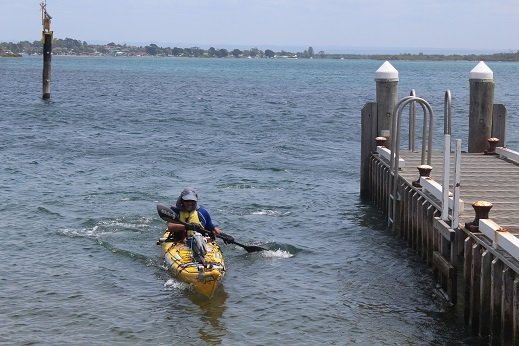 Greenwell Point in the background 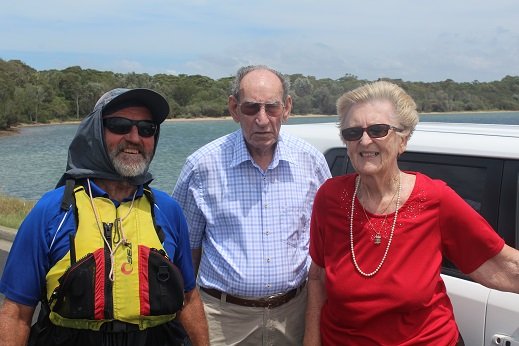 Warren        Steve was given a goodbye wave by Anne and Kim as he paddled out from Kiama, heading South, with Australia on his right, as is his wont. Let’s hope he sticks to this agenda, it’s the most direct way of getting to Moruya

As I drove South I had a chance to enjoy the scenery, and it is beautiful farming land, lots of corn, and lots of dairy cattle. Steve and I had a radio sked for 11:30 which meant I needed to be at Black Head, at Gerroa by this time. I have always had a passion for geology, dismissed as  “rocks” in a hurtful way by the kayaker, but ask him how he passed geology at uni. I walked out, and down, onto the rock platform to get some exquisite shots of Steve passing, and was excited to see the rock shelf is a layer of sediment riddled with fossils. It includes a number of fossilised tree trunks, bivalves and other great stuff. I searched the net and found they are from the flooded coastline of Gondwanaland, from the Early Permian period, and are 270 to 300 million years old.  This is ancient, and they are just lying there to be wondered at. You may recall, dear reader, (or is that dear bloggee?) that the Permian Period ended spectacularly about 251 million years ago, with the largest mass extinction of all time. 95% of marine species, and 70% of terrestial species became extinct. This caused me some serious reflection, as I wondered, now we’ve left the Anthropocene Period and entered the Trumpocene Period, if we, a most recent arrival, will outdo the Permian extinction. I truly hope not.

Further south, as I drove through the Shoalhaven Heads National Park north of Nowra, I saw many cycads growing within site of the road. These are ancient plants, and hail from the Jurassic Period,  and are 200 million year old, hence a very primitive plant. Cause for more serious reflection. Will they cease to exist at our hand too?

To counteract this mood, I was delighted to meet Fran and Barry, who happened to be at the boat ramp at Culburra. Fran recognised the van and logos immediately and said she had heard about Steve’s trip on the local ABC. Both of these lovely people happily signed the petition, welcomed Steve and told him what a great thing he is doing. They took a flyer and Fran has emailed me this evening to say she has posted the photos, and information on her Facebook page, and is encouraging others to sign. It was a spontaneous welcome, and a perfect end to Steve’s paddle Two beers, a feed, and the kayak king is asleep. Peace reigns in camp