Left Arrawarra Headland at 7.30am with an easterly breeze. A turtle floated near the front of the headland but dived as soon as it saw me, unlike the two at The Sandon that ignored me. Lots of people dotted the headlands enjoying their perspective on the Pacific. Not sure what they thought but it was on its best behaviour; blue, white foam against the rocks and a 10 knot breeze. I was in Solitary Island territory.

After the big point at Sandy Beach the wind changed to the North East but after a half hour frolic with the sail up it turned on the nose again. Split Solitary drifted past on my left, reminding me of a very close encounter with a whale in the same spot in 2008. It just rolled up beside me to have a look with its enormous eye at what might be on top of the funny yellow thing.

Through a few patches of blue bottles (Pacific Man o’ War) until the wind turned ENE and up went the sail again for a quick dash into Coffs, arriving at 1:45pm just over 6hrs from the start and 32km.

NBN was to be there at 2:30pm. Ashley was there already with his kayak, as was Sarah a fellow Climate Reality Leader and great mover and shaker. NBN filmed arriving with the flotilla and did an interview which I thought went really well. Uncle Martin did a welcome to country and Tu linked Australia with NZ with a great Maori harka about bringing the canoes in.

The mayor, Denise Knight arrived right at the end, signed the petition and for the first time stated that Climate Change is real and serious. That is a big step for Sarah and the dedicate climate action group . 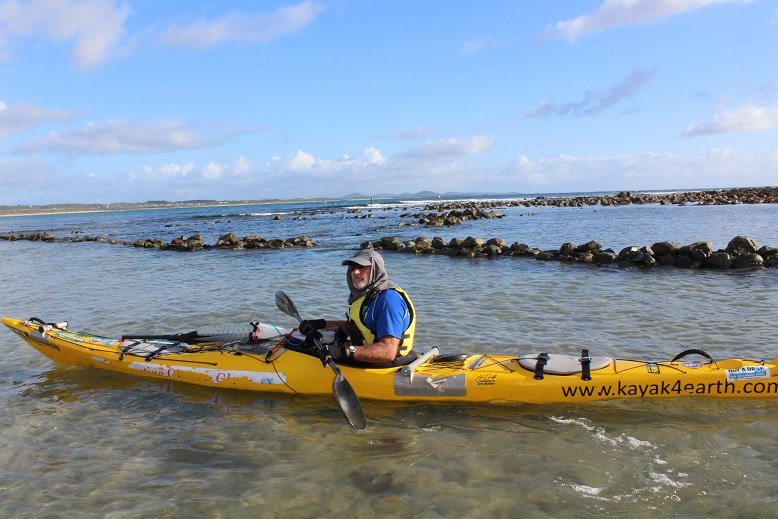 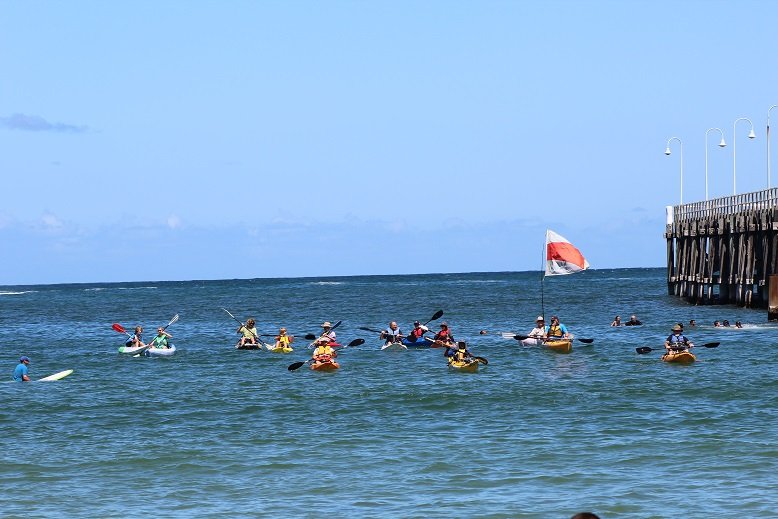 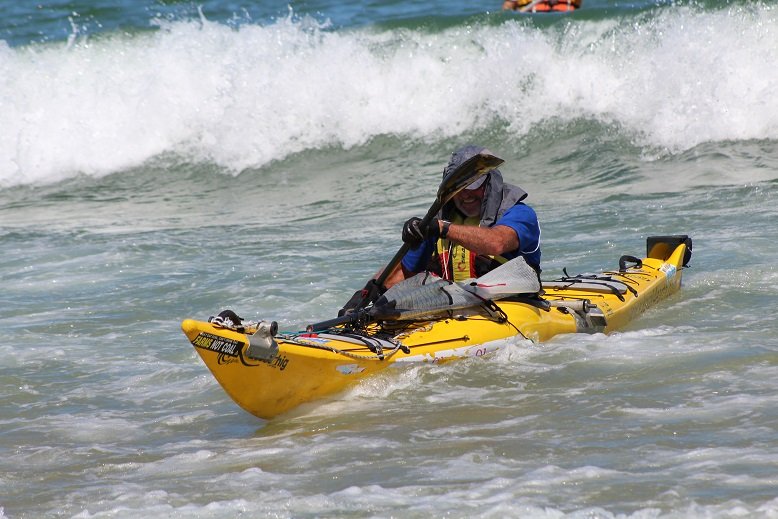 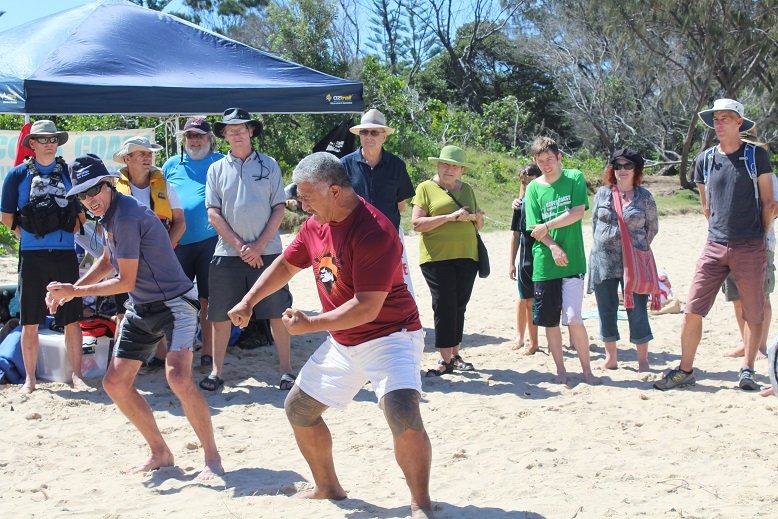 Tu dragging the canoes in 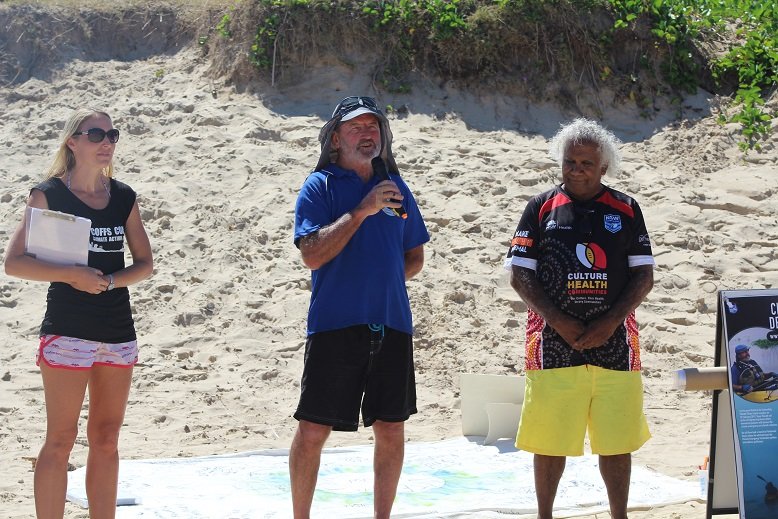 Sarah, me and Uncle Martin 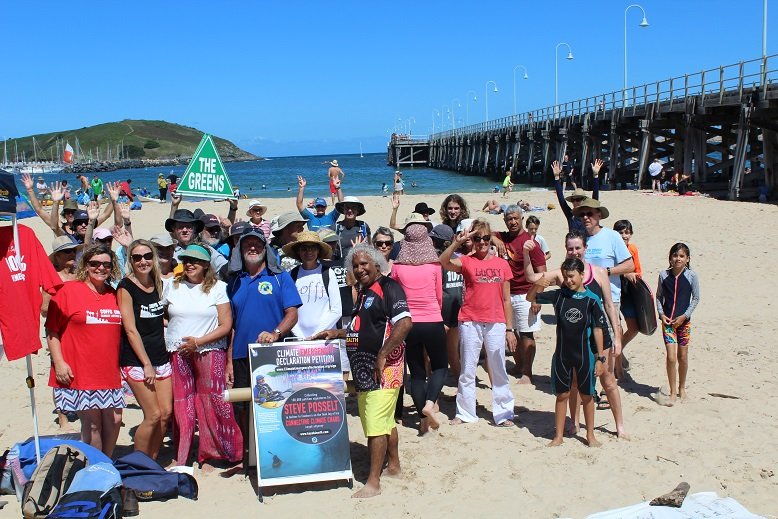