Bit of a doddle today, 43.5km downwind to Nambucca Heads. Not much happened except for a quick stop to repair the rigging. It could have been done on the water but would have been much harder.

About 4km past Sawtell a couple of lifesavers came out to check on me. They had been alerted by someone on the beach that “something was out there”. When the caught up we had a chat and they radioed back that I was who they thought I was. Apparently marine rescue had kept them in the loop.

Coming into the corner at Shelly Beach was a wee bit wild with waves crashing over rocks so I dropped the sail a fair way out and floated up onto the sand near the boat ramp. Photos are from yesterday on the tough camera. 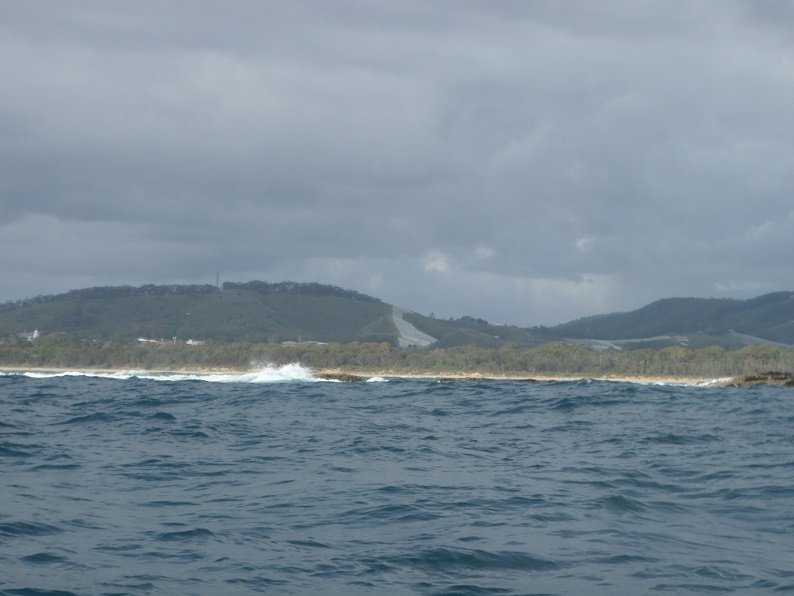 Blueberries are eating the bananas even on the Coffs hills 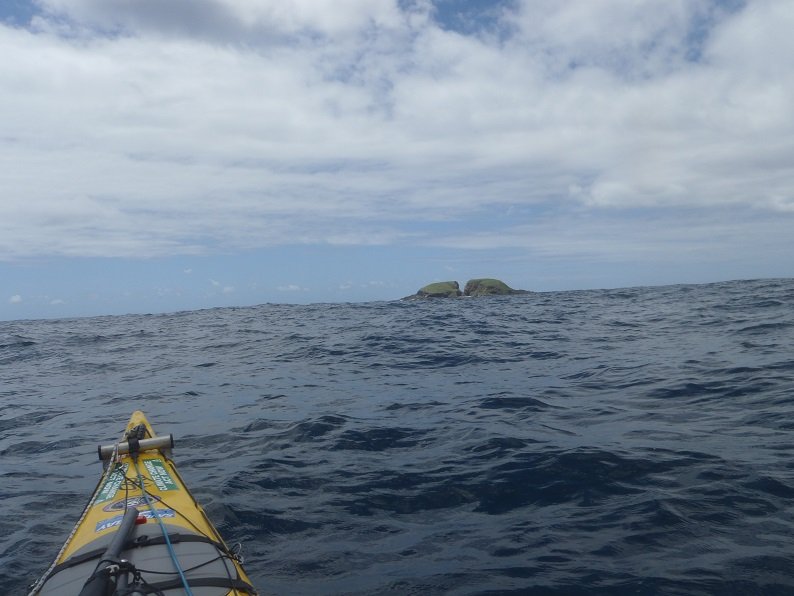 I think I know why they call it Split Solitary 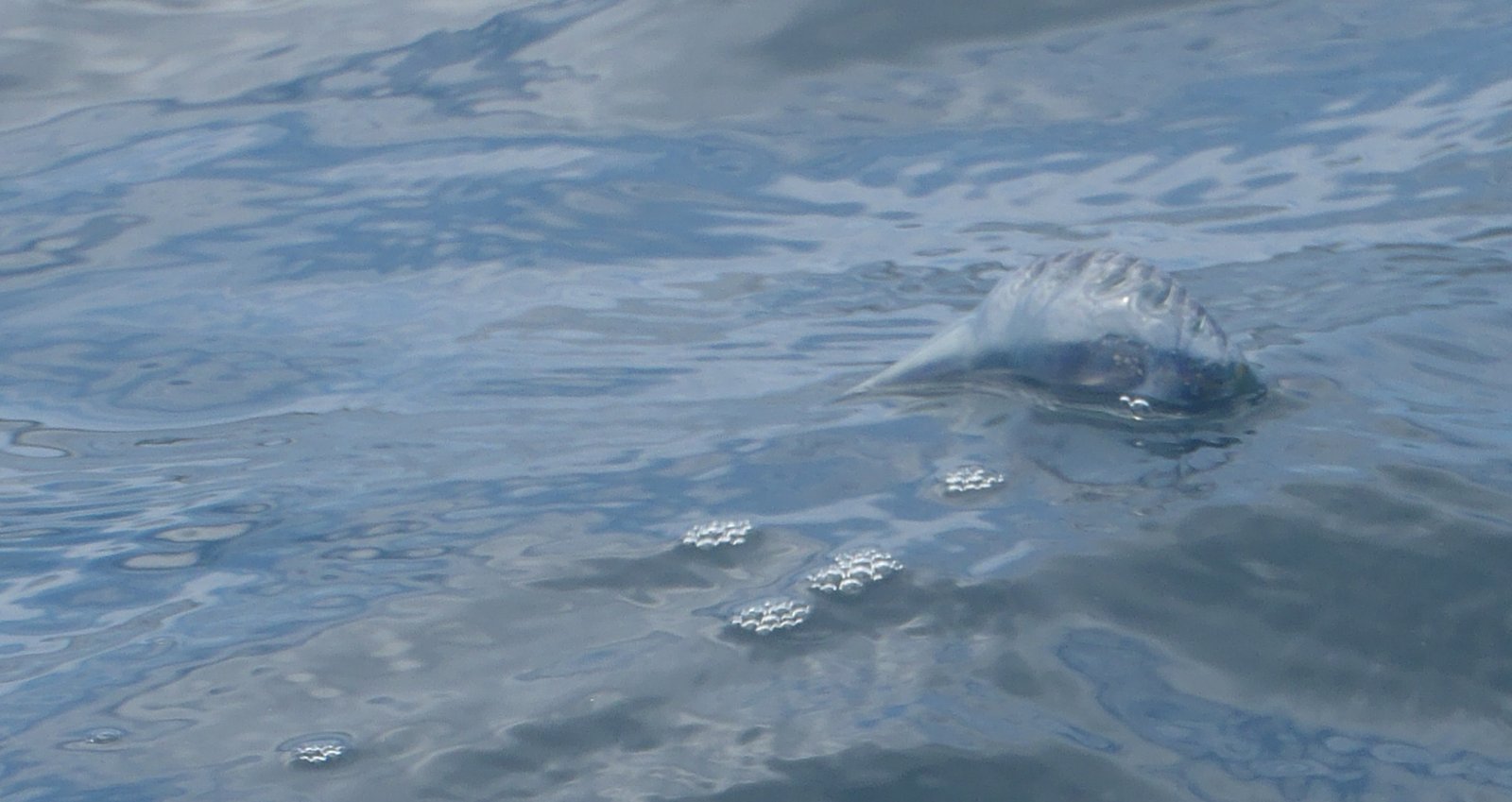 Lyn:   DAY 7    Steve left Arrawarra at 7.30am where he launched next to the Aboriginal fish traps. Steve grew up in Grafton and spent a lot of his early life around Wooli, Yamba and Arrawarra. He has a good knowledge of these areas and their history.

He had a much better paddle today, even had a bit of help from a northerly enabling him to use his sail for part of the trip.

He was welcomed into Coffs Harbour by a colourful flotilla of kayaks, surfboards and various paddling craft. The Coffs Harbour Climate Action Network did a great job of organising Steve’s  welcome to their town.

There was a large crowd present, who listened with interest to Steve’s reasons for his journey and the importance of addressing climate change. Many people signed the petition on hand on the day. The Climate Emergency Declaration petition is growing every day. Don’t forget to go online to add your signature; go to www.climateemergencydeclaration.org/sign

Once again nbnnews covered the event, if you missed it you can see it on their website.

Thank you to our friend Lyn Phillips and her daughter Louise who have looked after us during our stay in Coffs.

DAY 8    Up n at em… on the water at 7.30am. Steve launched Old Yella amidst the triathlon event taking place at Coffs Jetty, don’t worry there was plenty of room for everyone. Our friend Lyn and I were at the call in spot at Sawtell Headland at 8.30am. Steve’s call advised us that he had a problem with his sail, he saw a small beach on a rocky outcrop and came in there. We could see what was happening through the binoculars, he managed to repair the problem and launched out through a lull in the breakers to continue on his way to Nambucca Heads. Steve isn’t due to Nambucca until tomorrow afternoon for another event. He landed at a beach just north of the entrance and will put in there tomorrow for the short paddle to the mouth of the Nambucca river.

He paddled 43.5km today in 7 hours. The day he paddled in the strong southerlies over much the same distance it took him 10 hours. This demonstrates the benefit of good conditions.