We were invited to a party near the parade. The bloke’s name is Steve Poss! His partner Carrie has a much less interesting surname. Dick turned up, who is 72 and  real character. We went to his place that night. What a house! It was used to make a horror movie That was supposed to premier that night but although Dick reckoned it finally screened at 2.00am we were long tucked up in bed.

The Poss party had Dick and a friend of Carrie’s turn up and that was it. Not a lot of people to meet and the ones at Dick’s could best be described as an eclectic group. We had fun at both places and saw the parade. 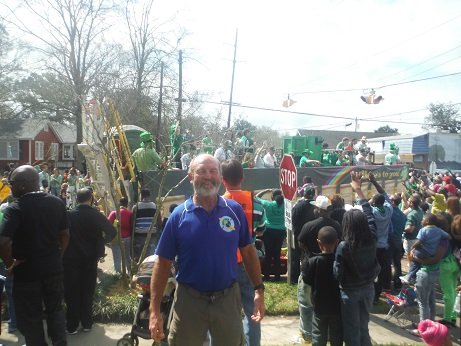 Some cross cultural stuff going on 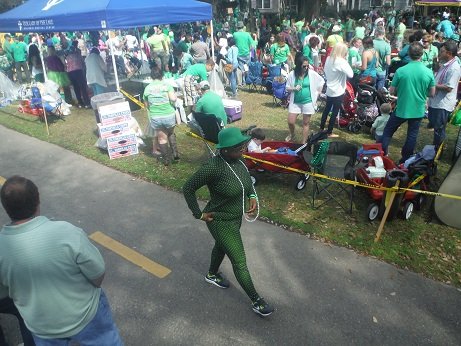 I captured this standing on a garbage bin. A typical float is going past. Clever people who drink beer take these small tents which I think take care of waste beer. 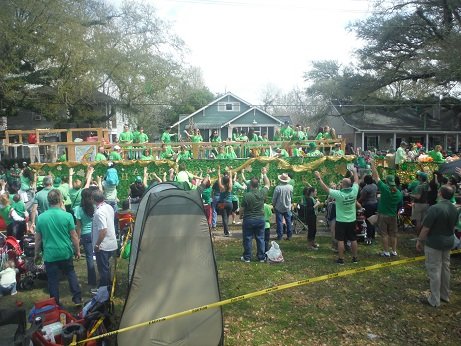 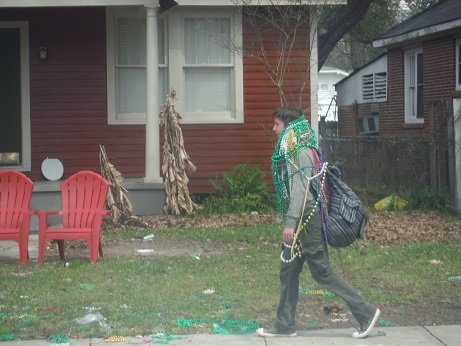 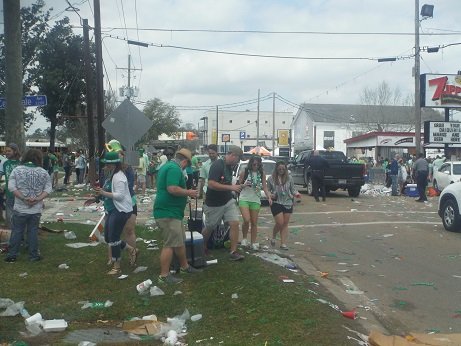 And there is a bit of a mess 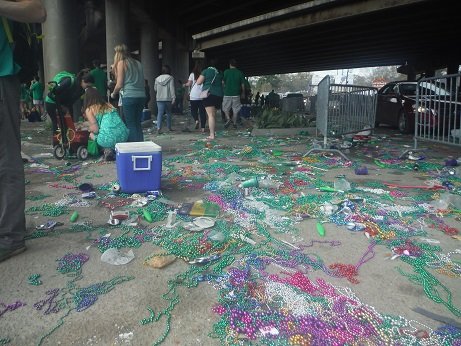