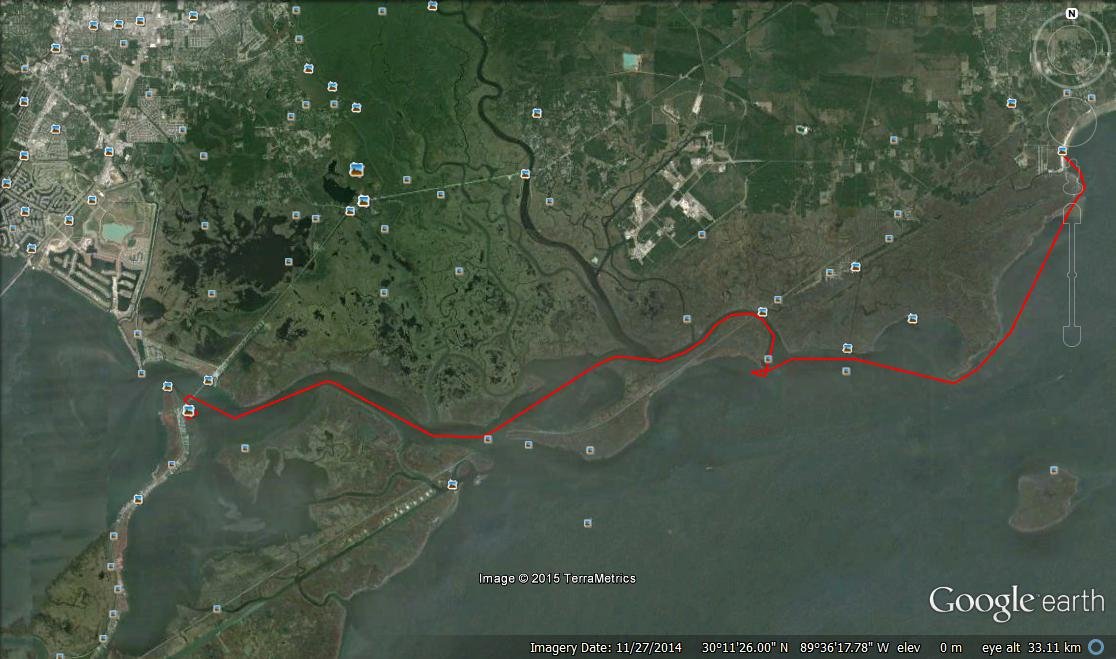 Lots of fog around again this morning with some roads closed. We did an interview at 8.45am with Jeff at WGSO 990AM. We thought it went very well although I had the feeling that he thought I was mad but was too polite to say so. It was a Republican talk back show and whilst it is party political it is nowhere near as debased as our Aussie shock jocks.

The fog cleared on the way to the Gulf, came back with a vengeance across the lake, disappeared again and reappeared at the beach.

I reckon it will clear 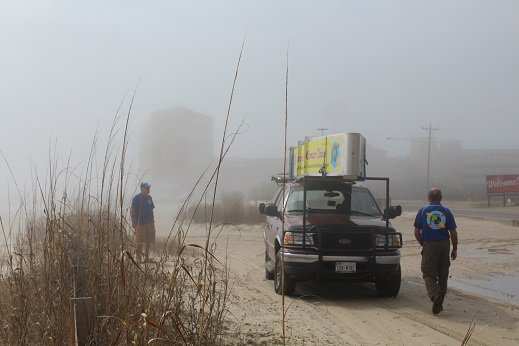 We spoke with Nicole who reckoned it would clear so prepared to go.

Nicole was right you know 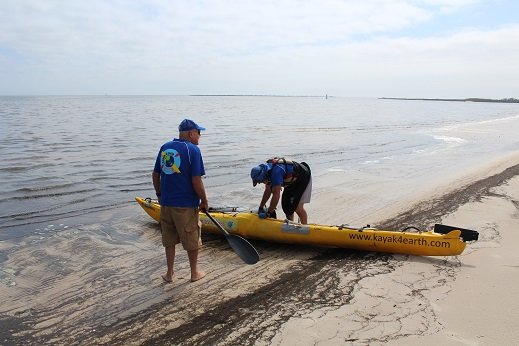 Let me take a shot of the team 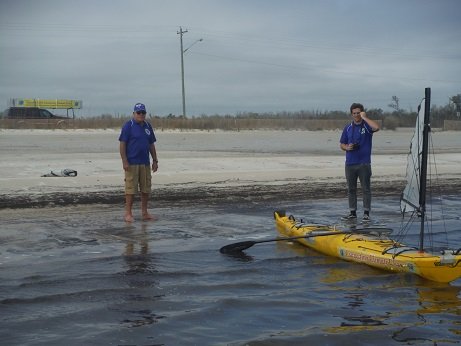 There isn’t much to look at after you leave the beach and get into delta area. 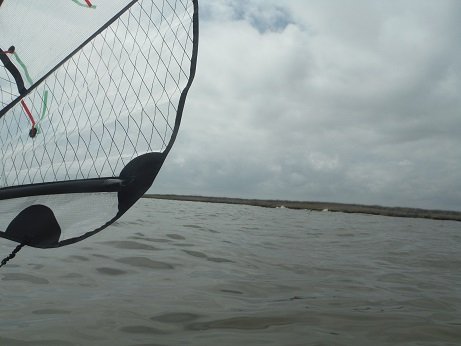 The wind was light and then picked up to about 20 knots when I got near the railway bridge that Mike had said turn at. I was of two minds to keep going to the big bridge but it was getting rough, I wasn’t sure of where I was, so opted to head into the bayou. This was the right decision and I just followed the railway line until I saw the big bridge. 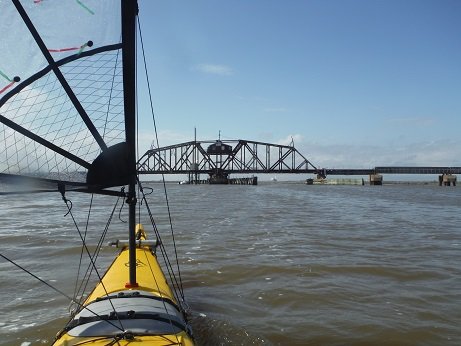 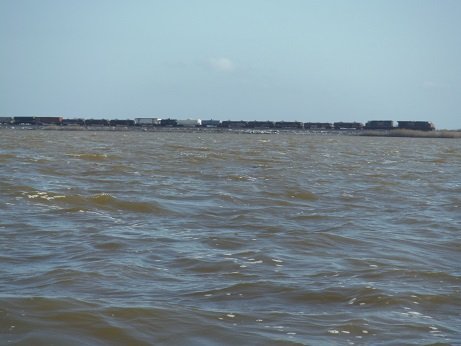 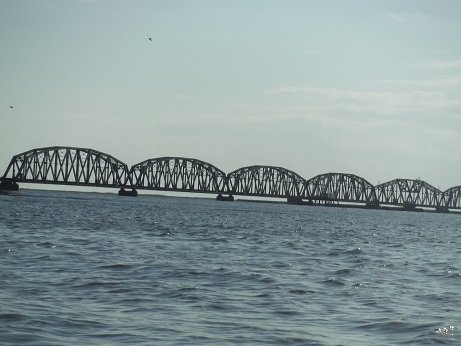 Just after that Klaas called so I was able to let the blokes know that 6.00pm was the likely finish time and that I was fine. That was a relief because the radios are hopeless and until then there was no cell phone coverage.

I got some great footage on the GoPro but it died when I tried to extract the footage. Con will take it back to Camera House in Lismore along with the rucksack mounting that doesn’t work either. Will buy a new GoPro in a couple of days.

What kept ya buddy boy? Without the sail I would be still at the big bridge. The Fly Kayak sail is superb! 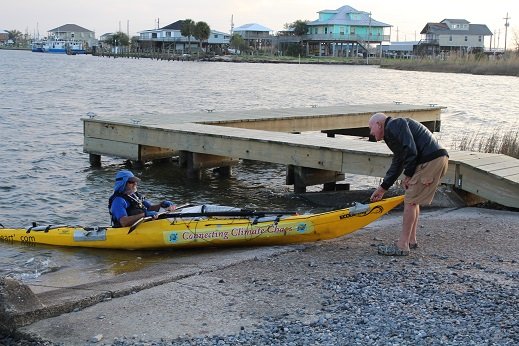 After 43.6km I am buggered. The water still leaks at the van so we need to buy a new fitting from the RV store. That’s another problem for later. I am off to bed.