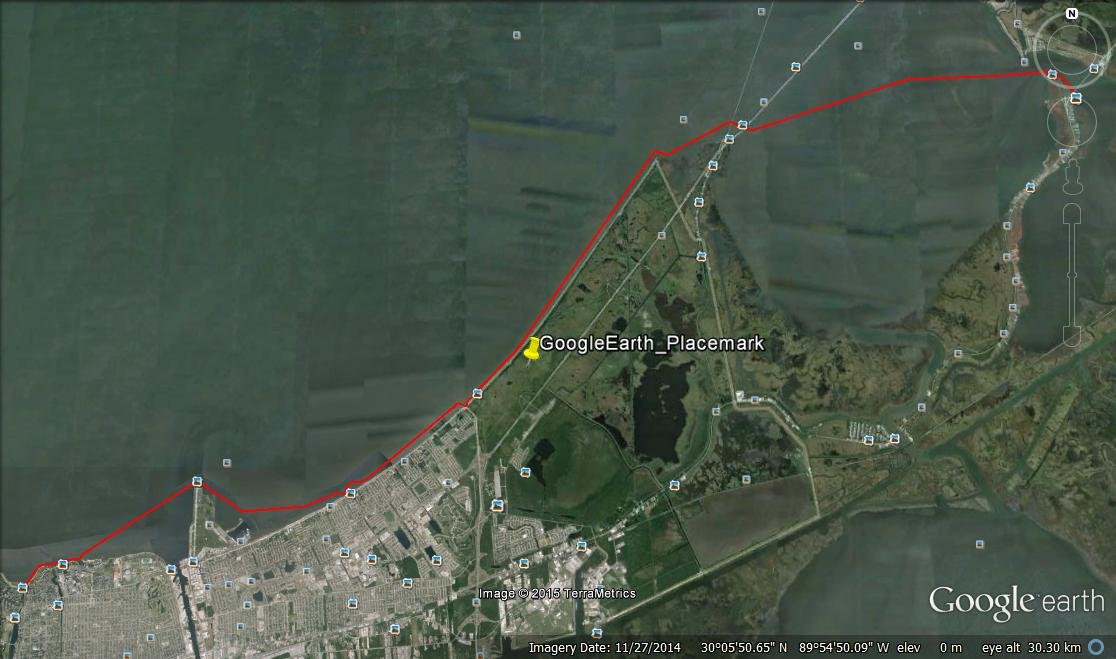 The day dawned bright and clear and warm so we were at the start before 9.00am. On opening the doors we were immediately attacked by swarms of bities. They looked and felt like sandflies but the itch didn’t last as long. We were all swatting at them and going flat out to get out of there. 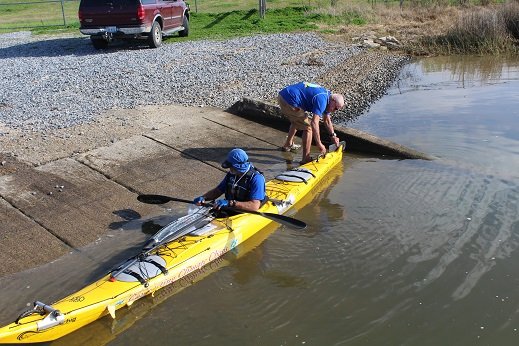 Past an old gun bunker from the days when cannons protected the lake entrance, under the bridge with still a bit of mist around and after a brief push against the current, out into the lake. 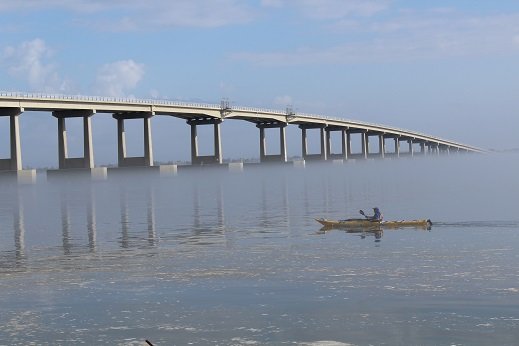 Because it was still a bit misty I kept a rough path until I could see the long bridge. That’s the bend in the route you can see. It isn’t a really long bridge by the standards here but at 8.7km it is pretty long. Look closely and you will see it 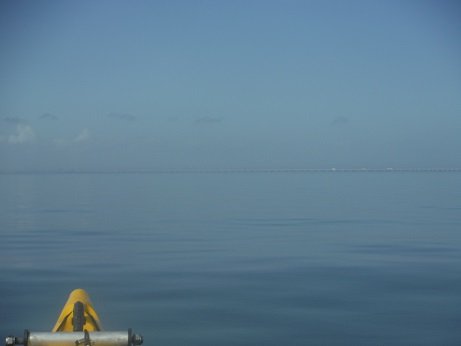 There were a few boats setting crab pots but none came near. The wind was almost nothing, from dead calm to some light zephyrs. It was a bit like waiting for the nor’easter to start at home. It kicked in from the east just as I got to the bridge so up went the sail and my spirits. 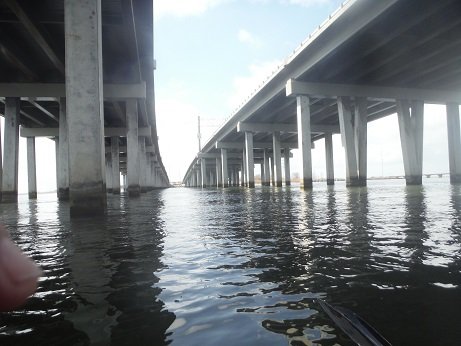 Another bridge appeared that I didn’t know about and then a train bridge that was also a surprise. The wind went south east, then south and then south west. Bugger. That’s the way I need to go. Down with the sail. Blisters appeared as I put pressure on the blades following the train line for more than two hours. 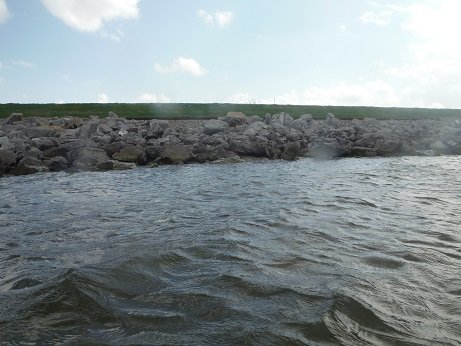 At times it eased and then came back with a vengeance as well as some short sharp showers. I pulled in for a look over the levee at what turned out to be the end of the housing area.

Sorry about the rain drops 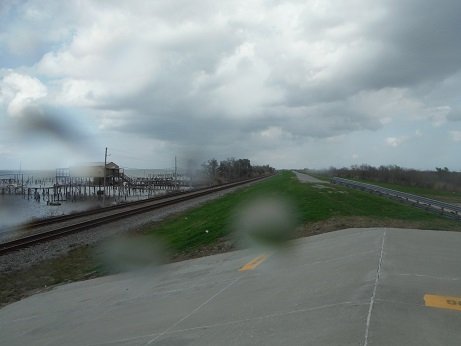 Back into the fray for another hour or so before I pulled in again for another feed. I called the guys then which was 4.00pm and said I would meet them in about an hour and a half or so.

With the sail up I scooted across to the end of the airport on a tight reach. Without a centerboard there is a fair bit of side slippage but we got there OK. Around the end of the airport and straight into the teeth of the wind and things got nasty. Waves didn’t come straight on. For some reason white caps could be anywhere in a 45 degree angle. At 18-20 knots it took all of my strength and with every slight drop in wind I would up the rate. There is only one thing to do when confronted with that, just tough it out and slog on.

Near the bank things got much better and I cruised around to the guys about 6.00pm. 41.6km in nine hours, most of it against the wind. I’m feeling pretty happy although I reckon Klaas gave me an extra heavy spoon to eat my soup tonight. I could hardly pick it up.

Klaas    Hi all. Here am I in a large, strange, foreign city with multiple airborne interchanges going this way and that and the great master, the kayaker requires to be picked up after paddling some ridiculous nine hours and 42 kilometres with 20 knots head winds. I hop into the 5.4 litre gas guzzler 9 seat Ford Expedition and set off to retrieve him. The GPS was programmed to the address where he would land and off I went. The route took me through the city and after the fifth time I knew I had been on that particular freeway before (many times) It later turned out that a particular access route was closed and the GPS was not told about it. Just on dark we found each other and the boy wonder took over and drove home.