The men are in shock after a minor temperature change. Well maybe not minor, it was 21 degrees. It was also raining and gusting to about 35 knots.

We had some things to do, like get the bits to fix the taps in the van, check out the first pick up spot up the river, have a good lunch for the old guy’s 83rd birthday and buy a new GoPro and GPS. Because we had said we were starting at 1.00pm at the Mississippi we turned up there with a banner but we were the only ones there. A radio producer spoke to us so it is hit the river at 2.00pm tomorrow.

After our 1.00pm frozen stint at the river we went back to yesterday’s finish point and did a quick spin along the length of the bayou heading towards the French Quarter.

I kept my trousers on and swapped my shoes for booties and set off with the vow to stay dry. One bridge later, ie about half a kilometer I had to advise Connor that the nuts were wet. With my arctic gloves I was fine particularly as the kayak nearly planed with 35 gusts up its clacker.

Lots of bridges where the sail had to come down. 6.4km only, all fun and a few pictures. Tonight is a 350.org meeting and I am advised it is mainly young people in the group so that should be good for Con

Walking around the levee gates 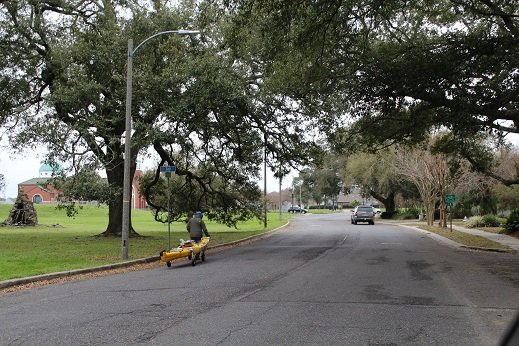 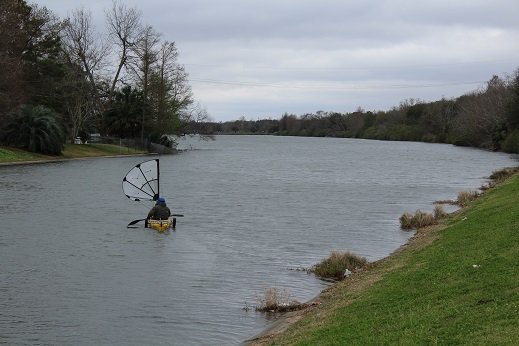 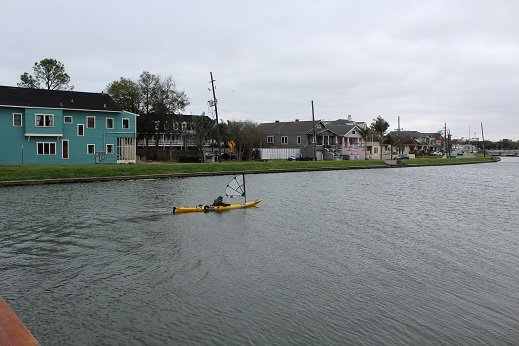 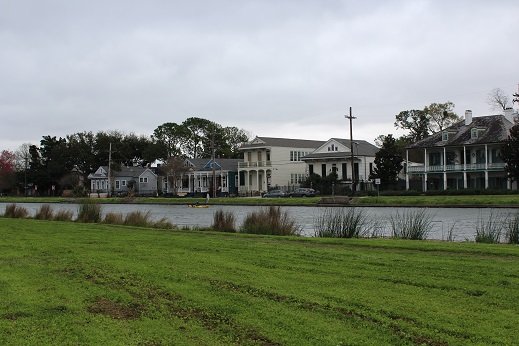 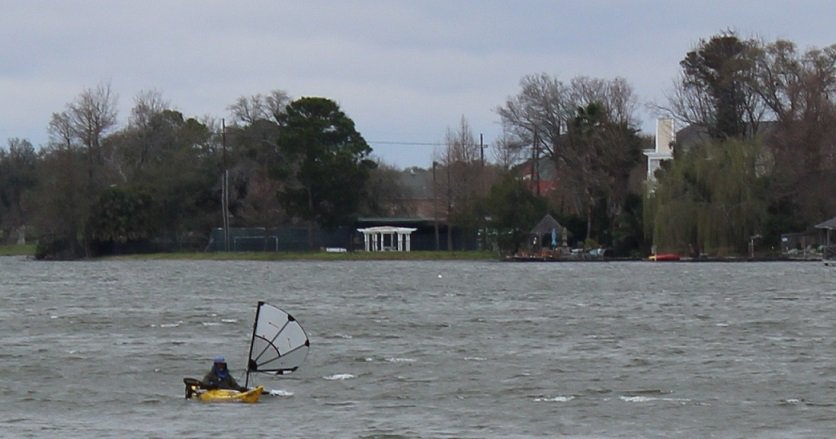 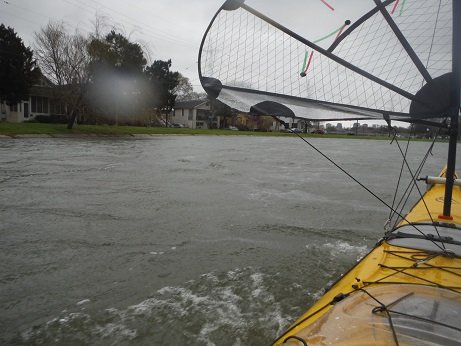 Have a close look. This one is low! 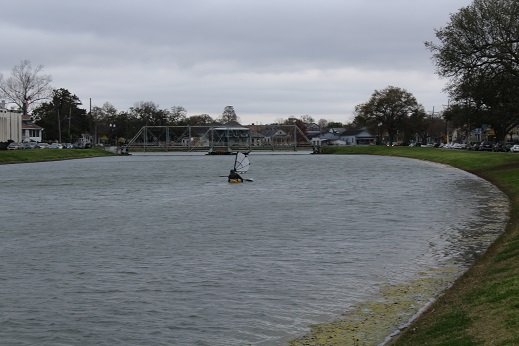 And this one was very low (and long) 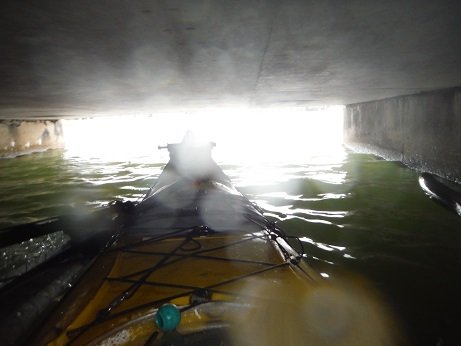 Klaas  Hi all. I have never ever in all my 83 years been as cold as today, not even in Holland. Yesterday was 28* and humid, then at 6am this morning a great gust of wind and the temperature dropped twenty degrees instantly. Like the fool I am, I still put my shorts on and T shirt when Steve decided to go paddling, grabbed a jacket and off we went. When we got to the drop off zone the temperature had dropped to about 7 degrees but the twenty knot or so of icy wind dropped it down to around minus 20. We had to bolt the wheels on the kayak and holding the spanners to turn the nuts froze to my hands (Well, it felt that way). The Master however, donned his parka and gloves and launched himself into the canal, hoisted sail and paddled off. The man is stark raving mad, Klaas

PS Con just showed Klaas a great party trick with a bottle. Lots of blood but Klaas enjoyed it and a bandaid and some elastoplast seems to have fixed it. He now has a good story for tonight. Shit happens I guess