Wow, what a day. Cool, overcast and occasional drizzle. Started at 7.00am and was at Goulburn Post Office by 11.15am. Finished only 11km further north after waiting over an hour for the press and then doing a tyre change. Thought the hill out of Goulburn was steep, but a shattered bearing and flat tyre were the problem and after fixing that it was a doddle. Total today was 29km and I can still walk like a normal person!

Last night my mate Warren called. Woke me up at 9.00pm the bugger. We discussed a few aspects about the trip and he had the temerity to suggest that some of my problems might be age related. My response of course was that whilst he may be a fine engineer, having studied with me a few years ago in the early seventies, he wasn’t all that smart in the humanities area. But I did decide to test his hypothesis in deference to our friendship.

Feeling on top of the world this morning and flying along the highway at maybe 5km/hr I counted my steps. Top speed was 113 steps per minute. Can’t be right I thought, so I tried harder. Next minute was 112 steps per minute. If you take the time to listen to Down By the Water on this site it was written for me by my mate Dennis Nattrass based on my 2009 all day walking pace of 122 beats per minute.

So, something to think about here. I could just assume Warren is an idiot and attack him for his stupidity. Alternatively I could show some strength of character and accept that things have changed, that I am operating in a new paradigm. Having chosen the latter I now have something to base the rest of this trip on. That’s the new reality and if I am to succeed I must work with that reality.

Why does that sound so simple and yet when it comes to Global Warming it is so hard? Given some of the abuse I have received, my only conclusion is that had the Warren comments happened to those people they would have abused him, called him an idiot and suggested that he have a good look at himself.

More and more I am losing patience with the deniers. So let’s have a crack at another public figure, Tony Abbott’s adviser Maurice Newman. Where does he come from? It certainly is not from a scientific background. He is waiting for proof about climate change, not giving professionals the respect they are due. With every National Academy of Science in the World saying that we need to take urgent action the man accuses them of Group Think. Bugger me, what is he doing if it is not group thinking? What a shame he does not understand scientific process.

Him, and guys like him, with their absolute lack of intellectual honesty, with their total lack of strength of character are jeopardizing life for my children and grandchildren. How dare you, you arrogant bastards.

Apparently there was a learning experience for Klaas today. He now knows to untie the tent fly from the ute before he drives away. Just a matter of timing really.

It is cold here. Unbelievable, after dealing with pavement temperatures probably above 60 degrees, to sit here shivering. 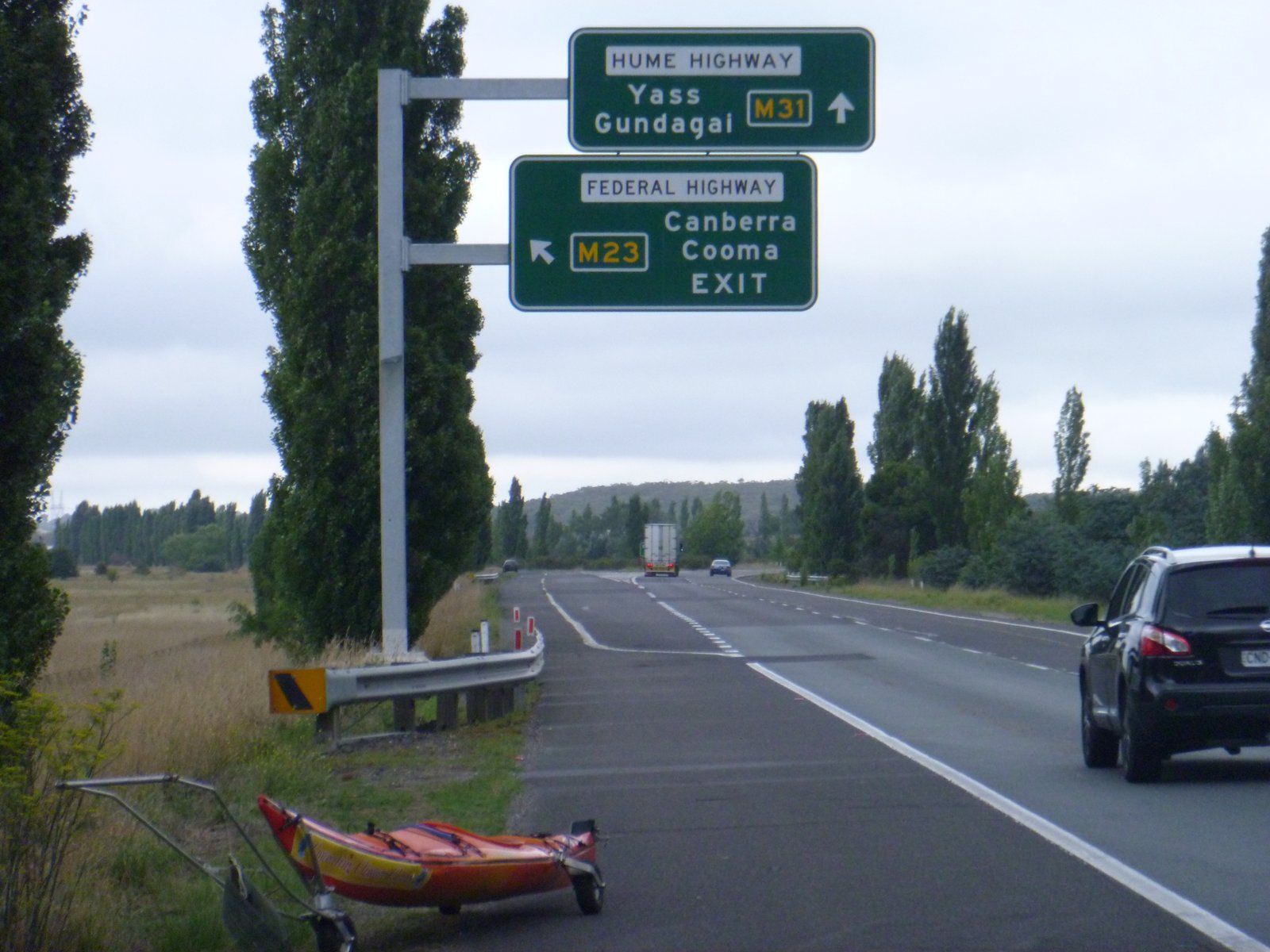 The big merino coming into Goulburn 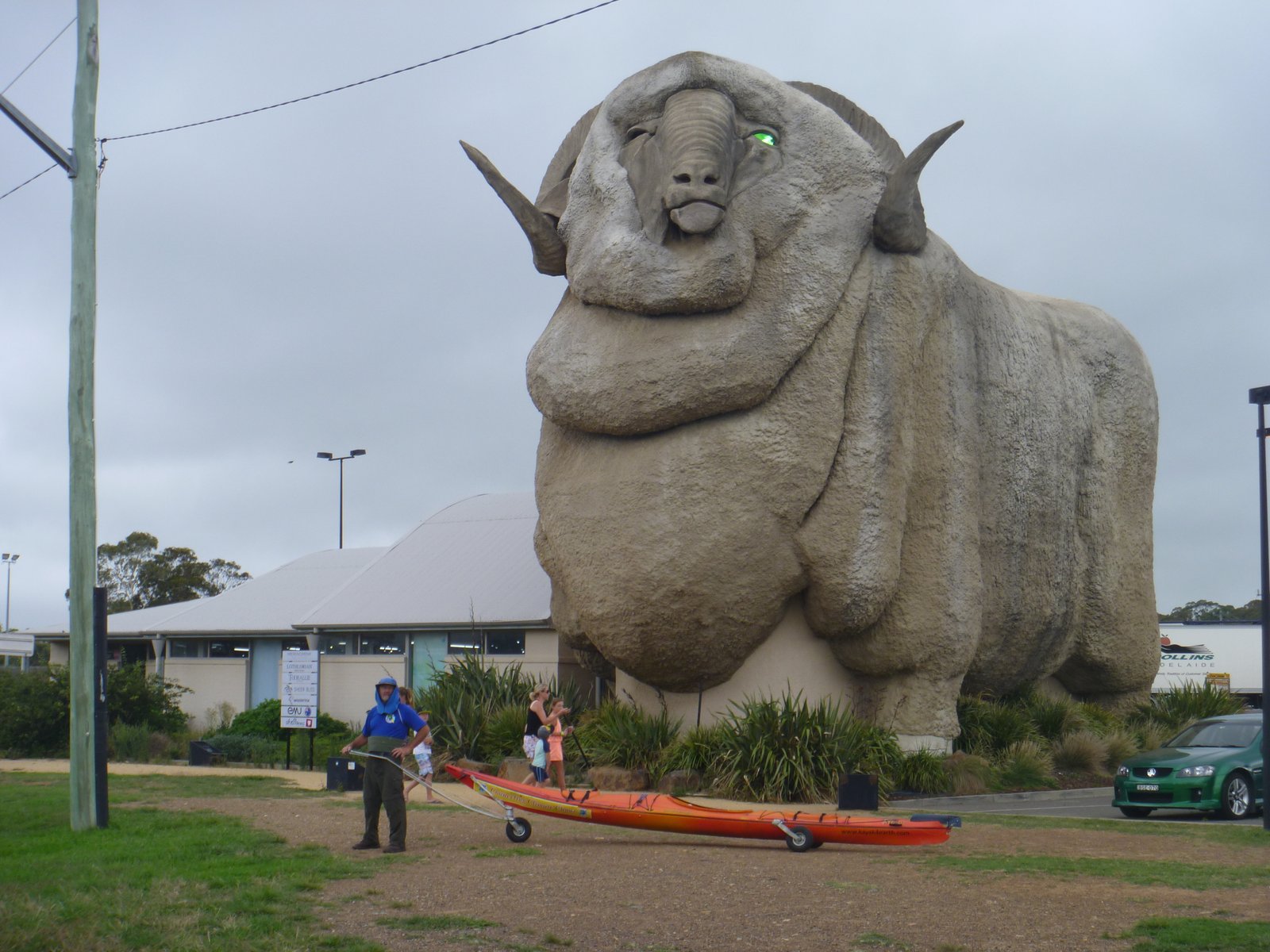