It was nice to leave from the camp site. From the sign and calculations Robertson was 22km away. It rained going through Moss Vale but the shop awnings kept me dry and that was it for the rain for the rest of the day. Pretty lucky really.

Julianne and Lynne met me just before the straight with Julianne advising me that it was flat all the way to Robertson. She was right except for the really big hill. The one that is 1.5km long and reaches halfway to the clouds!

We are off to dinner at Fitzroy Falls tonight with about twenty people. Rather than give the group a full adventure experience I will have a shower after posting this.

These guys came over to look at the kayak 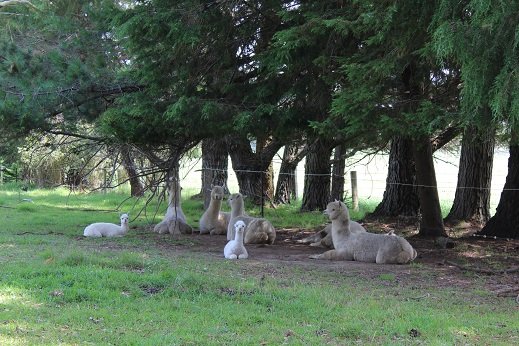 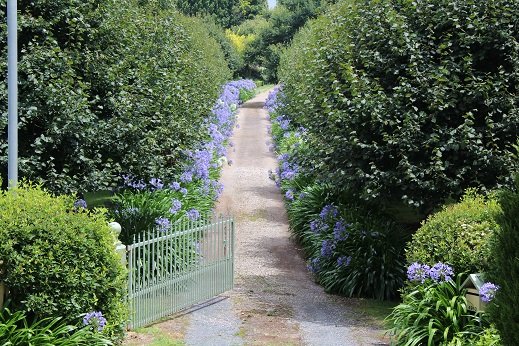 Look closely and you can see the steam off the road. This is the top of the “flat” hill 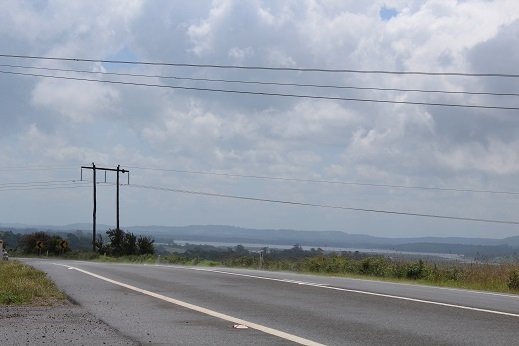 20m from our tent. I guess the word PIZZA has fallen off but Klaas has fixed the problem 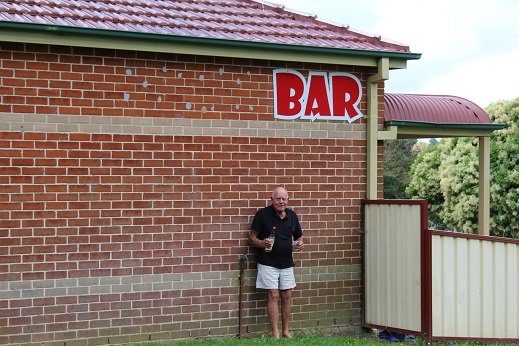 And finally Klaas has got his computer back on line so…

Hi everyone, so far so good. About time I put my bit in. So here goes.

We camp somewhere and Steve hauls his kayak 28-30 kilometres down the road, phones me and I pick him up, take him back to the campsite, feed and water him and early night. Next morning ,break camp, drive to where he finished the day before, drop him off to start his day’s walking and I look for a camp site and put up the tent and unload the gear, do the food shopping, prepare dinner and pick him up when he is ready.

Steve is like a man possessed. He is a “True Believer” and totally dedicated to his mission. He is fanatical in that he insists on walking every inch of the way. Yesterday, while taking him to where I picked him up the day before I missed the spot. It was pouring down rain and he did not notice the spot either. He insisted on turning back. I said, “Do yourself a favour mate, nobody will know.” His answer, “I would”. That showed me what an honest man he is, and I have great respect for him, both for his honesty and his will to complete this physical marathon walking and paddling half way around the globe to highlight the results of Global Warming. He is outspoken and has unwavering views. I don’t always agree with some of those but as Voltaire said long ago “I may not agree with your viewpoint but will defend to the last your right to express them”.