Threats of all sorts of bad weather but I reckoned it was over hype so we were at the boat ramp at 9.00am ready to go. None of the media we contacted turned up but that is pretty much par for the course.

Greenville to the camp site at Tranters Creek against 15-18 knots of headwind was heaven. Lots of expensive houses, lots of wilderness and no markers to the creek. That’s about my impression of the day.

It was 34.5km with pretty easy paddling, some heavy showers and very humid. None of the wild weather that was forecast but I have found that a bit here. Forecasts are always on the dramatic side. The camp site is on the creek about 4km upstream of the junction with the Tar River so it was pretty handy to paddle to and only an 8km total sacrifice. Oh, an no moccasins (poisonous snakes) that everyone told me to watch out for. 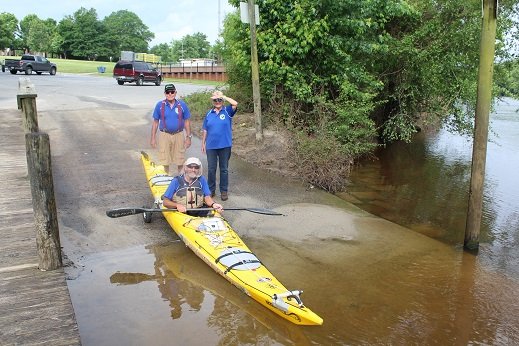 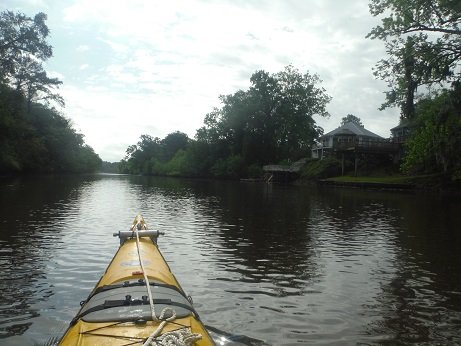 No boats and no people out 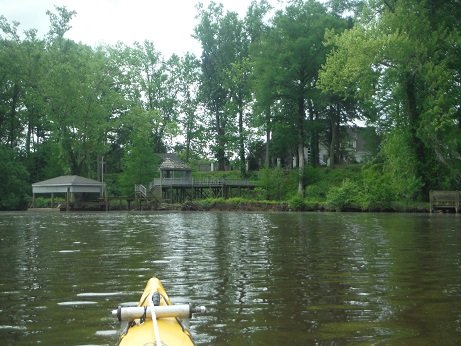 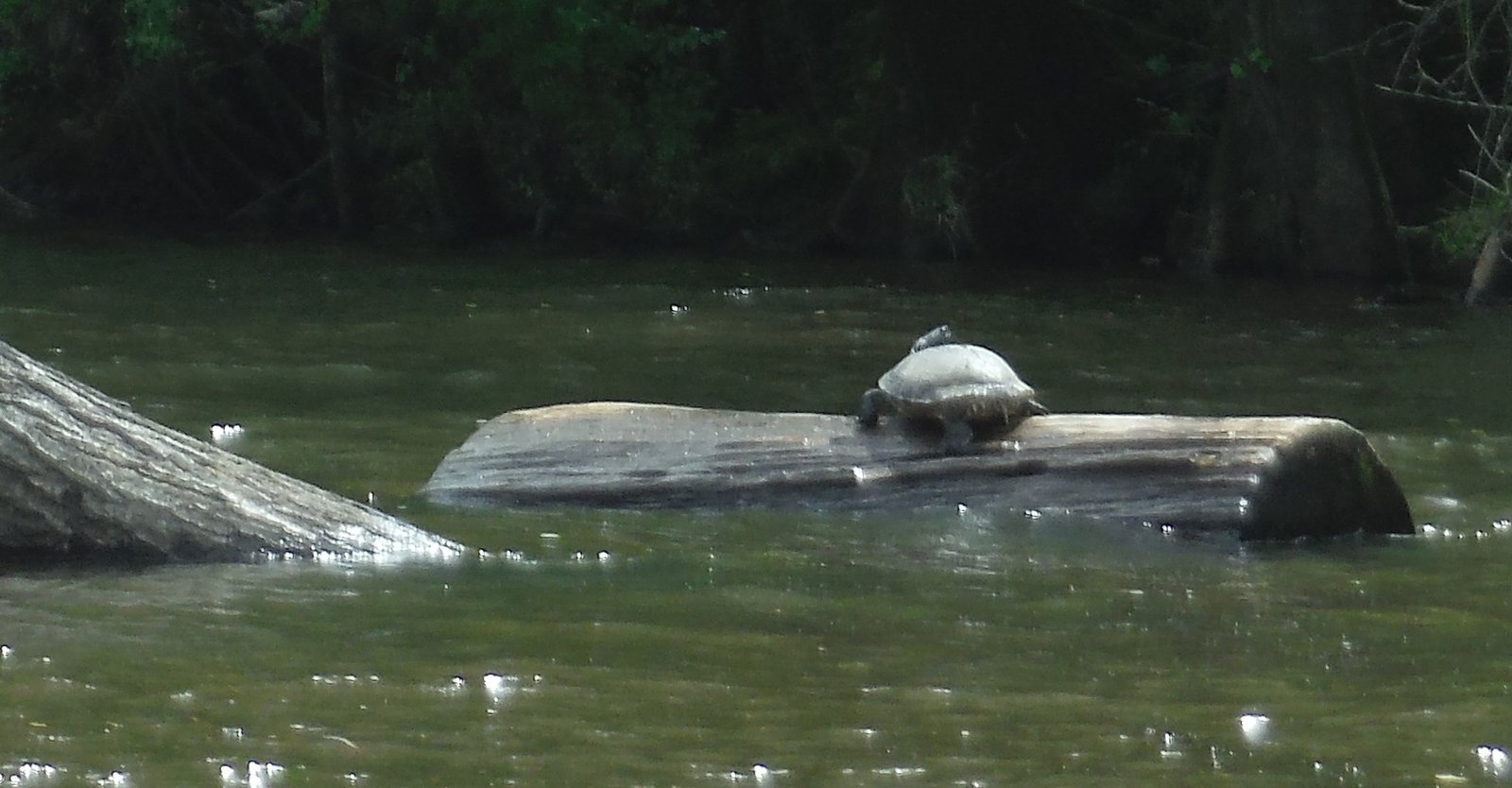 That’s Dwain. Pretty good set up. I watched him catch this bass which he threw back. He had caught 25 rock fish and also had 2 big catfish that are considered good eating 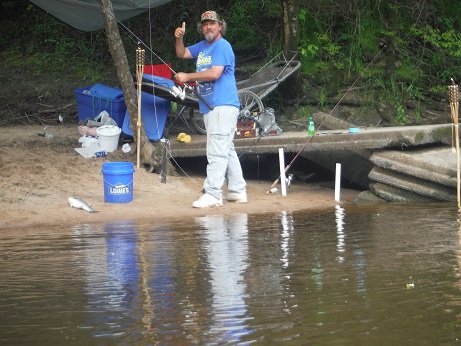 Hiding from the rain 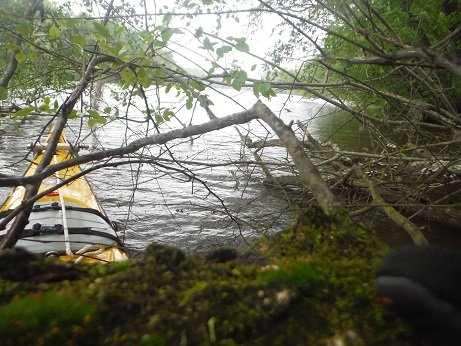 Does this mean the water is low pH? 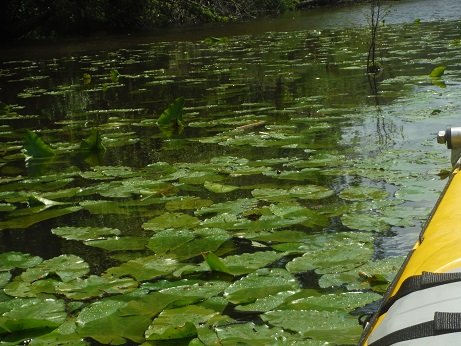 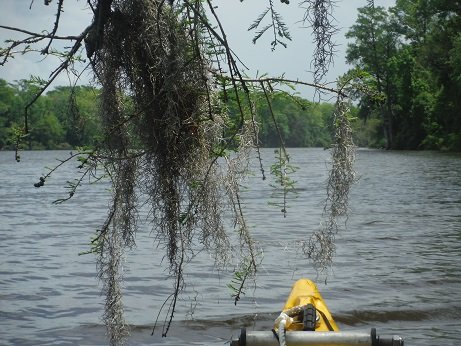 That’s the sign to turn left into the creek 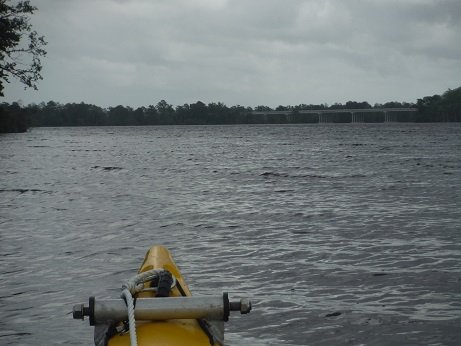 Klaas   Hi Ho all. Have not written a blog for a while. Nothing to add to whatever has been said by others. North Carolina is beautiful and I enjoy its scenery. I’m still waiting to see some of its wild life. Have seen deer, otter, rabbits and squirrels,  but so far missed out on mountain lion and black bear. I am also vastly disappointed in what I believed was the American supremacy in latest technology and innovation. Half the back blocks have no service on our mobiles, the locals enquire “Where you from ?” and when you answer “Australia” they either say “Oh yeah, saw it in the movie, “Sound of Music” , or Yeah man. I’m going to drive down there for vacation . Or, “Did you kayak across?” Wall Mart is not very efficient and their check-outs are ,in my opinion obsolete. Some staff are so poorly trained or plain stupid it’s hard to believe they are employed. Today we bought a load of groceries and the girl at the check-out was fine with everything pre-packaged, but ,eg. two cucumbers, “What are they”? She did not know what mangos were, or Roma tomatoes. What does that tell you about her diet?. Steve is back in his element and kayaking again. I think he suffered withdrawal symptoms during the biking episode. The motels in this country are on a whole inferior to what I’m used to. No coffee or thee making facilities in the room and no toaster. The people on the whole are very friendly and I have made some nice friends with people in the RV Parks. Happy mothers day to all you mothers and ta ta. Klaas.