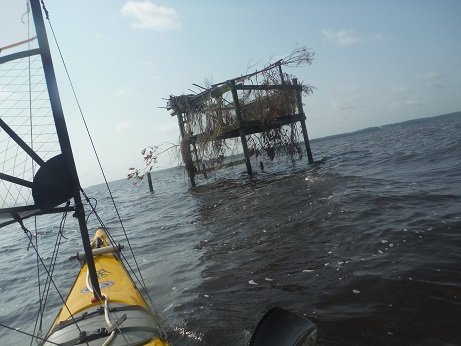 This was a bit weird so soon after the start. I think it might be a hunting hide but dunno really. You can see the sail is up and I had a broad reach for 40km. The wind was 12-18 knots, up and down, and then less than 10 knots  for a couple of hours and then back up again. Although I tried without the skirt the kayak took on too mach water so I had to put it on despite the heat, which was 32 deg  C when I finished.

Not many birds again, but I eventually saw shags and pelicans. About that time two dolphins cruised past. The fins were quite large and the rolling motion not so pronounced.

There was no phone service but Julianne turned up OK at the start of the Pungo so we agreed a spot 10km up the river and met up there for the end of the day.

After the abysmal 18km because of the storm, 50km felt good. Total is now over 3000km

On one side of the Pamilco River is this 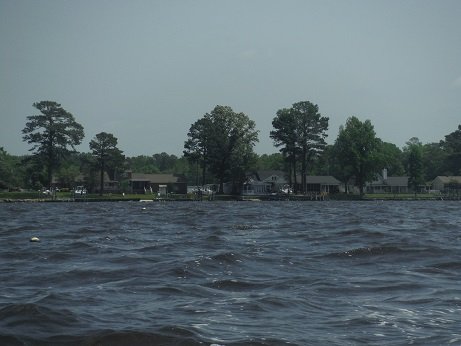 And the other side, about 8km across the water is this. The hills look like tailings but I’m not sure what this is.

From the cockpit about 3km from shore 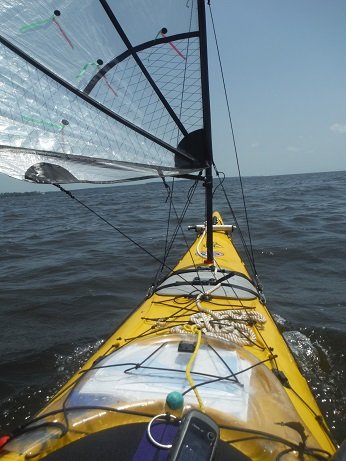 This is the most shore protection I saw 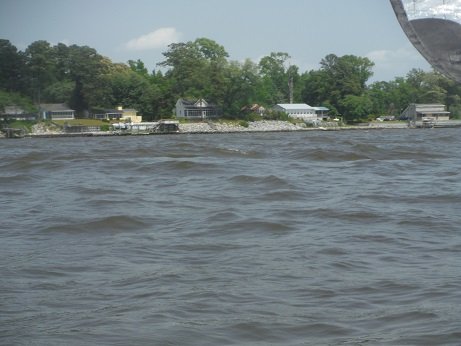 10km up the Pungo River I called it a day. See how wide it is. Julianne had a crowd to meet me: Ella Hudson, Billie Mann and Eli Powell. BTW I am soaking wet here. 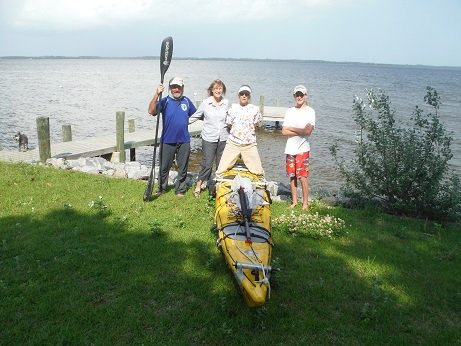