The wind was from the south but blew at something less than kayak speed, 7km/hr, and the tide was running down the bay against me when I set out from Fort Monroe at Hampton. This is where the slaves used to escape to when fleeing the south. None of that mattered though, it was a magnificent, warm morning.

Because it was Memorial Day weekend there were people everywhere along the beach. The tide was nearly out and the beach is fairly flat so people could stand in the water a about 20m off the beach. One bloke was swimming south. I asked him how far he swam because he had a pretty good stroke. About 3ks every day he replied. I congratulated him on his metrics and then I was past. A fleeting moment like two ships passing.

When the houses ran out the sea bed started to have sea grass and was very clear. While paddling about 50m from the shore and enjoying gliding along at 8km/hr with the breeze that had picked up to about 8 knots I noticed a runabout 200m further out. Two of the blokes were standing in chest deep water and had some sort of sticks so I think they may have been after oysters which are on the sand rather than stuck on rocks.

The wind turned north west, then north east, back to the south then north again. I’m glad I wasn’t dependent on a sail. About 1.00pm though, it came in from the south east at 18-20 knots and stayed there.

There is an inlet just south of York River and it seemed like every power boat in the area was out and about. It was great to see so many people enjoying the water. Of course there were a few clowns yahooing around but you get that anywhere. The boats at York River were overwhelmingly sailing boats which was a lot nicer.

Because my map wasn’t very detailed and because there were a lot of boats out I asked directions about the next landmarks. Both sources were very helpful but gave me incorrect information. It didn’t really matter though. The York River was unmistakable and after crossing it I just had to slip around an island and up through the grassy bits. That took a lot of figuring out and luckily the information I got that side was more accurate. I was worried about missing Julianne but she got lost as well so I beat her by half an hour and had mostly dried off when she arrived.

A lone seagull guarding the beach club. Note deckchairs. Bar is in the background 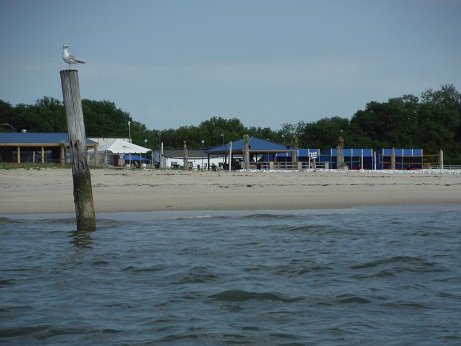 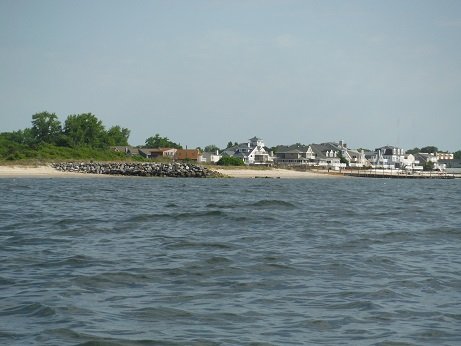 More than 30 rods with lines in the water 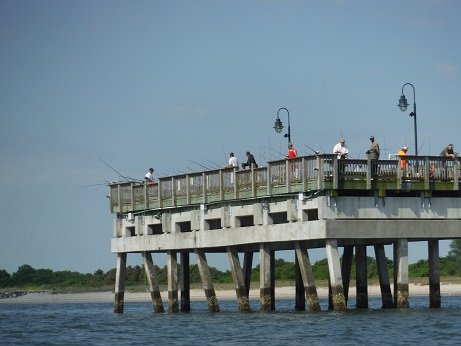 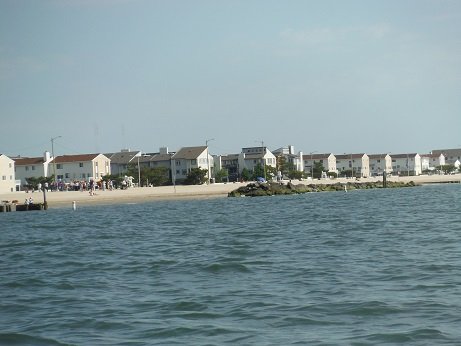 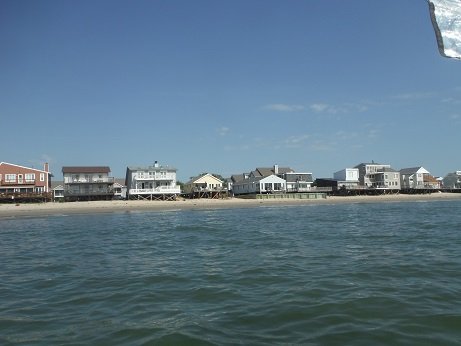 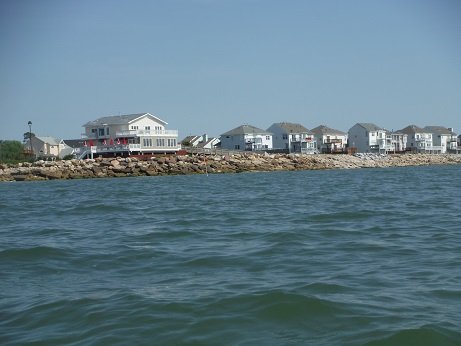 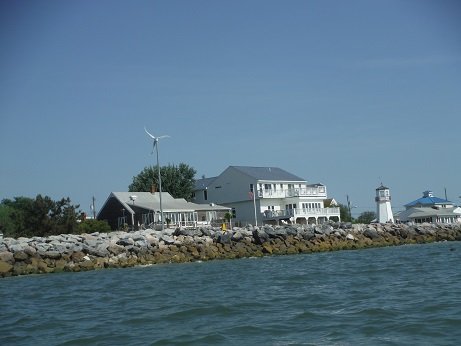 Remains of tree stumps shows shoreline retreating where no houses 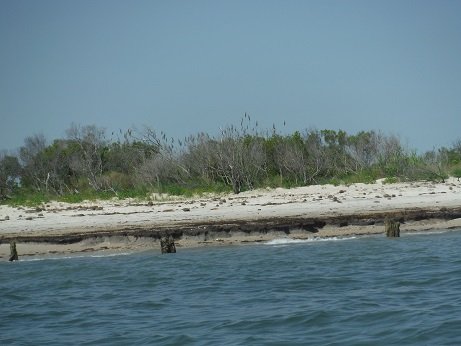 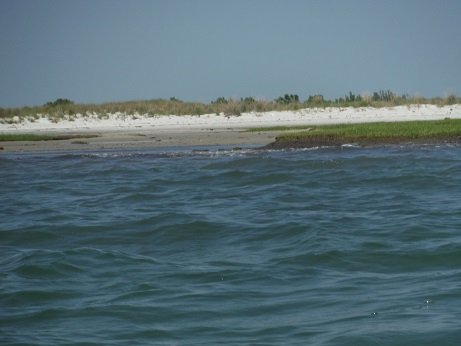 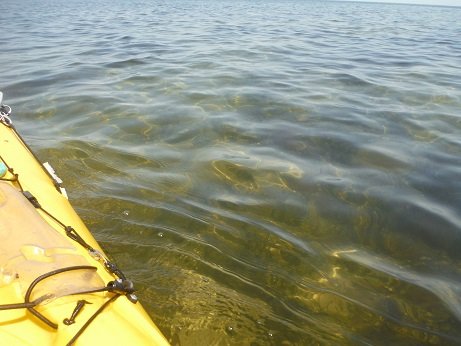 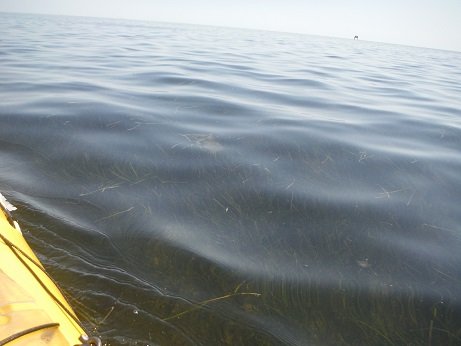 This clown passed less than 15m in front of me going full bore with a breaking wake. I had to wait till he passed to be able to take the shot. 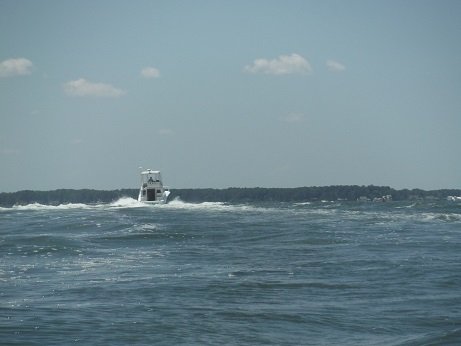 See the bend in the rod. With the sail up and 20knots of wind I couldn’t stick around to see what she caught

Everyone had their toys out 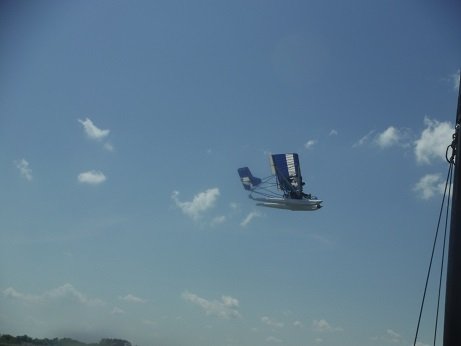 Waiting at the pickup point 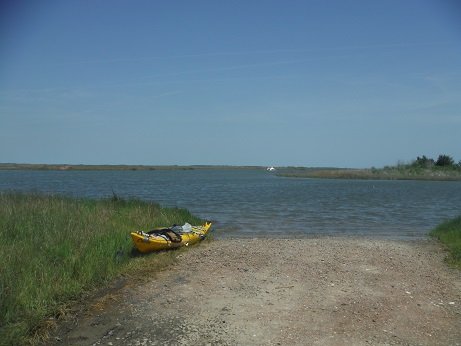