The wind was about 8 knots almost behind me when I set of from the marshes near the York River. There was a 10km bump in the coast where I had to cross a bay before turning north again. With such favourable conditions it was a breeze, so to speak. Although I could see some trees to aim for, when I got closer there was a lot of low land jutting out to my right. What looked like a big pole and eventually materialised as a light house became my target.

Slipping between the lighthouse, mounted on a pile of rocks in the bay, and the sand flats exposed at low tide I noticed more sea birds. The kayak just cleared the bottom threading my way through a gap in the sand. The water was clean, the smell from the sea birds gathered on the sand bar was strong and clearing the other side a family of about ten dolphins greeted me. This seemed to me to be a healthy environment.

The trip up the coast was in very shallow water a lot of the time, sometimes only half a metre. Apparently they say the best way not to drown in Chesapeake Bay is to stand up. Certainly for much of what I paddled on that was the case.

There were still quite a few people about even where there were no houses, and a few commercial fishermen tending there traps. The wind was in its softer stage prior to setting in strongly. As I got towards the Rappahannock River it picked up and there was almost surf across some shoals.

The aim was Bud Ward’s house on the north side of the river. I had checked Google Earth and reckoned that I could guess where it was but to be sure I aimed slightly to the east, ready to come along the shore where Julianne could wave me in. I called her before the crossing and as I was early, decided to slow down a little and just sailed with the odd paddle stroke. The crossing is 9km and about halfway the waves got quite big with the wind around 20 knots. Two sailing boats in the area were struggling with sails for some reason and I really sympathised with the guy whose headsail was in a knot halfway up.

After eating a sandwich I then opened the spray deck again to get out my water bottle. As I unscrewed the cap it, cap in one hand, bottle in the other, a wave slewed the kayak to the left. The sail crashed across to the starboard side and over I went. The paddle went to port so grabbing that was number one priority and then holding the kayak was number two.

Upside down in a rough bay it was time to evaluate. I released the line that hauls the sail and mast into position, gathered up what I could find floating around me and stuffed it into the cockpit and then turned the kayak back over. Climbing in from port side I noticed the sail hanging lazily in the water on the starboard side. A wave came, the sail grabbed the water and out I went on the starboard side again. Bugger. A negotiated my way back to the other side and tried again. This time when I tipped out it was with both feet in the air so it would have looked quite comical.

My next strategy was to get onto the kayak but wait before trying to put my legs in. Timing with the waves was crucial but the strategy worked and there I was, ready to paddle again, albeit with a kayak full of water. My sponge was gone but I manoeuvred around enough to pick up my bottles and a container with trail mix in it. The trail mix container was a good bailer and it didn’t take long to get the water level low enough to set off.

The GPS was still working fine and it registered 10.6mph (17km/hr) as I careened down a wave. With the paddle in my hand there was no chance of tipping over. About a kilometre from shore I dropped the sail because I could not hold the kayak with the rudder. Even with the sail down it was a wild and twisting ride as I approached the sand bar where I thought Bud’s house might be. My phone started vibrating then so I pulled the water proof pouch out from under my life jacket. It was full of water so I guessed that was just its death throes of a dying phone.

Coming through the opening in the sand I wasn’t quite sure where I was, so turned back out after getting about halfway through the gap and headed west, coming in the next opening through the grassed flats. Although it still didn’t look right I thought I saw Julianne walking on the beach but there was a dog with her so I wasn’t sure. Anyway I headed that way and another figure materialised. It turned out to be Bud and his dog Charlie walking with Julianne.

I pulled the kayak onto the sand, then up behind the bushes and left it there heading for a shower and a beer. The phone pouch was now empty so the water had drained from it. Bit disappointing really, I would have expected better. Anyway I was safe, Bud’s place was magnificent and a new phone could wait for another day.

Bud and Cathy provided oysters from their own colony and then barbequed a chicken for dinner. You will have to wait for the book to see how you do oysters here but it is pretty easy and works a treat. We met their friends Karen and Bill, over a beer of course, and swapped stories. Bud is an environmental journalist and has been focussing on climate change for about ten years or so.

I don’t know how people keep going here with their climate change message. There is so much ignorance. A radio show host was getting stuck into a climate educator and he kept repeating that it was a natural phenomenon occurring throughout the solar system. He repeated many times that Pluto, Jupiter and Mars were having the same effects. Believing in fairies at the bottom of the garden seems more logical to me than that rubbish.

I was in 1m of water when I took this 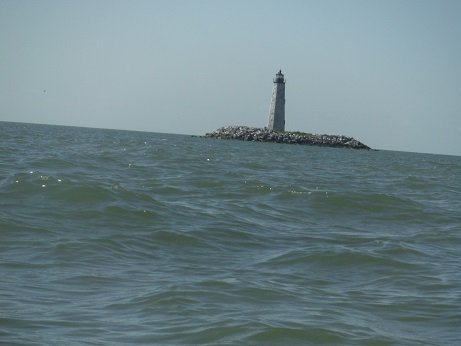 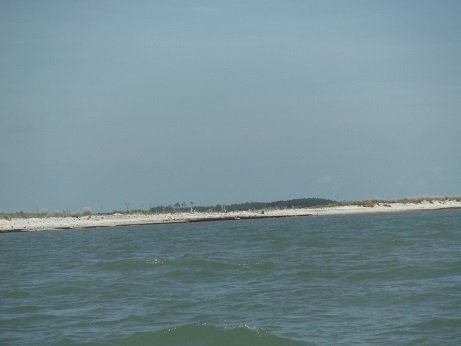 Trees like this can bee seen from 10km away 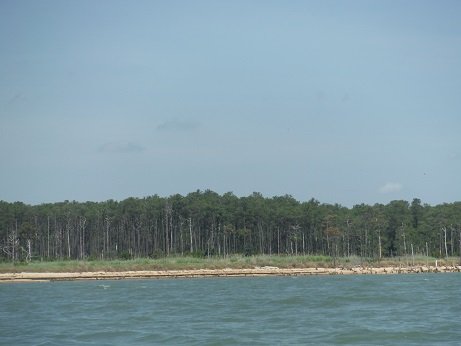 This is so different from Australia. The mud is bound together by the roots of the plants. It is hard but not as hard as coffee rock 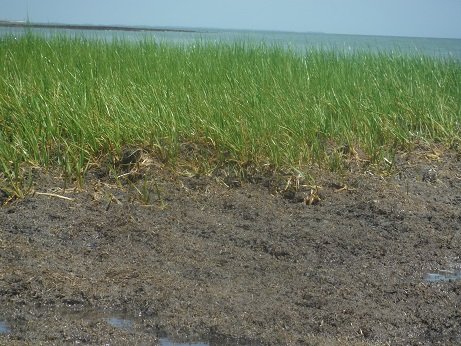 Ospreys will take advantage of post in the water 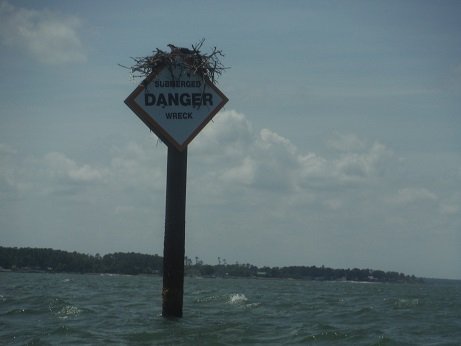 Happy families. The bird life gets better and better. 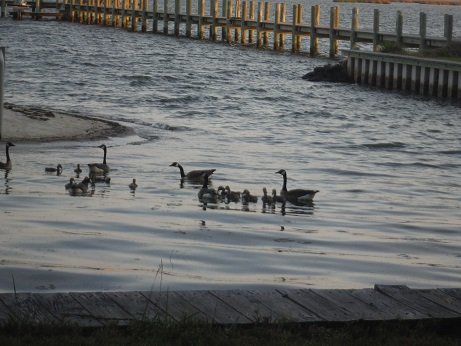 Bud and Charlie who will chase a ball all day 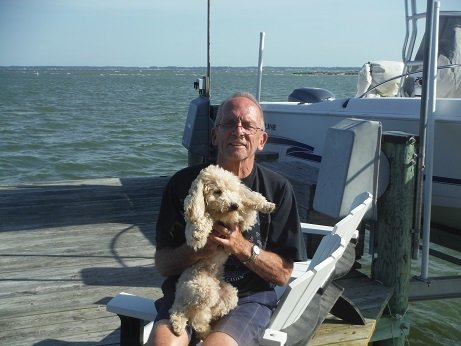 The view from the guest house 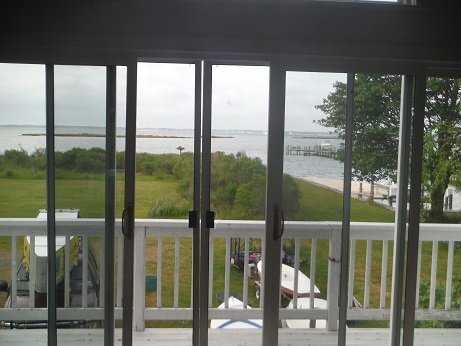 I WATCH THE SQUIRRELS IN THE TREE

THEY SWING ABOUT WITH GLEE

THEY SWING AND JUMP FROM BRANCH TO BRANCH

THEY ARE AMERICAN AS A TEXAS RANCH

THEY ARE NIMBLE IN THE EXTREME

THE CUTEST ANIMAL I’VE EVER SEEN

I WATCH THEM IN THE MORNING GLOW

AND AT LAST LIGHT, WHEN THEY GO

I LISTEN TO THEIR CHATTER

ABOUT NUTS AND OTHER MATTER

PEANUTS ON THE GROUND I SCATTER

THEY SIT IN FRONT OF ME, CHEEKS FULL

RACE OFF TO STORE AWAY

TO HAVE ON A COLD RAINY DAY

THESE ANIMALS ARE REALLY COOL