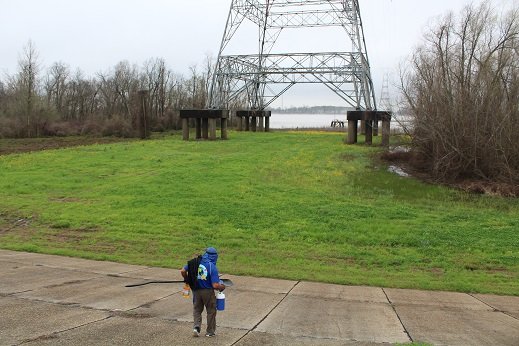 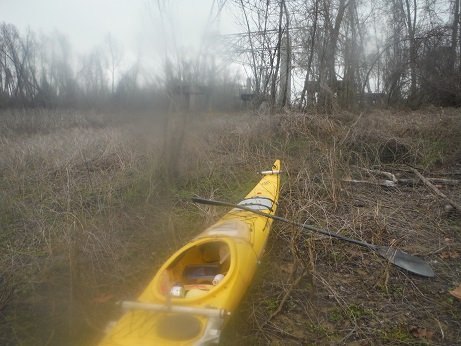 Starting the day. I did not know this structure was here yesterday because it was covered in fog 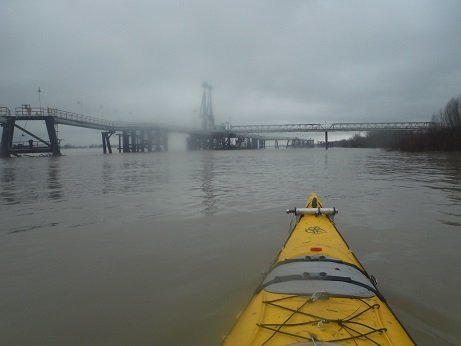 River level was up another 300mm or so and lots of paddling through trees to keep out of the current. Lots of debris coming down the river so it was a bit like paddling up the Brisbane river in flood. 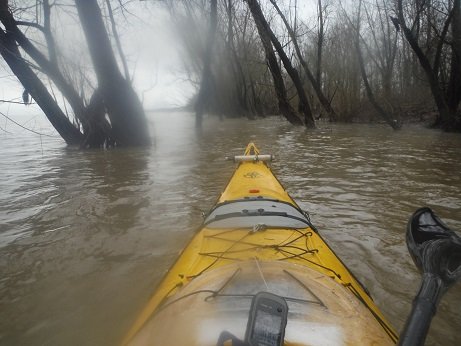 13.46, that’s the number of miles covered today. Everything was set to zero when I set out. I have been travelling an hour. Yet another equipment malfunction? This is getting tedious! 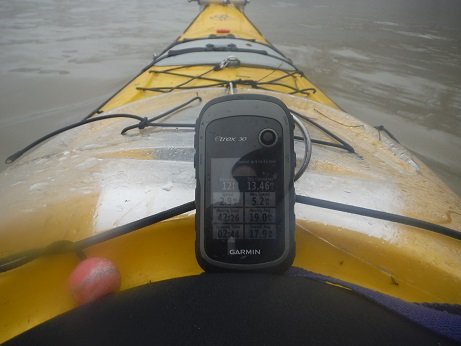 Interesting pusher. Like driving from the crows nest. This guy was pushed hard into the bank so I thought it was another trip around the outside. This was taken as he backed out, turned around and steamed off down river 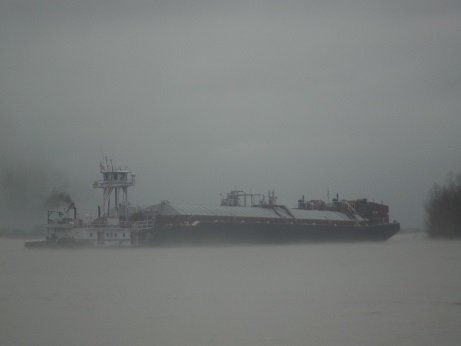 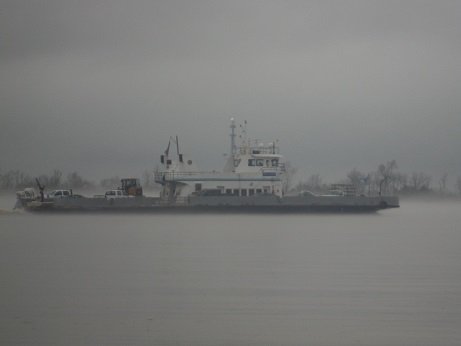 The fog is rolling back in like giant pacific rollers breaking onto a headland. You half expect to see ghostly board riders on them. If I paddled two days in a row like yesterday I might! 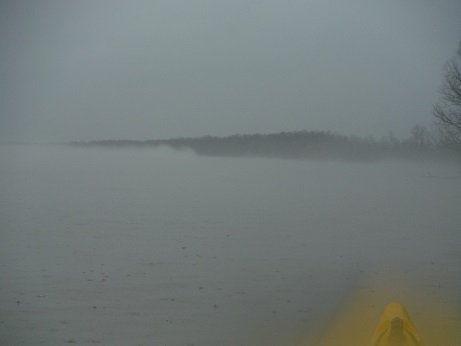 A long trip up the inside of six barges, that’s about 300m, only to find my way blocked so back out and around. This lot was four wide 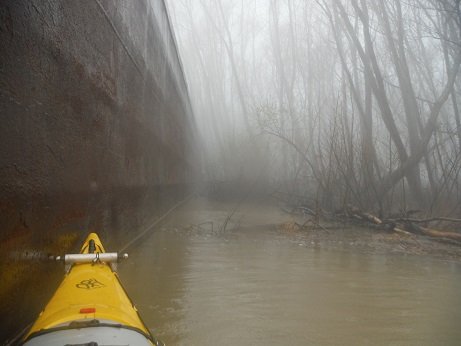 Finished for the day 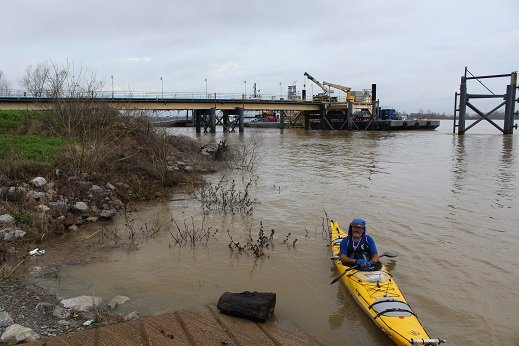 Looking upstream. How good is that? Baton Rouge ahead. First city after New Orleans. Tomorrow, Friday, I will pull into the USS Kidd at mid-day 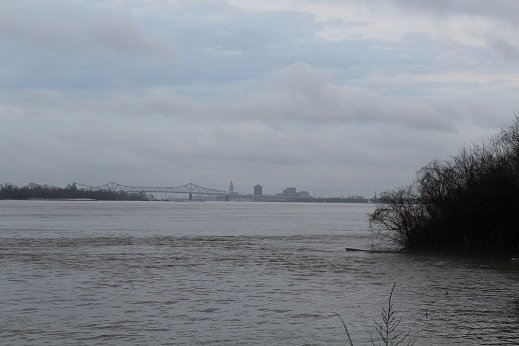 Today was tough for four or five hours. I just felt like crying. It is stress that does that. When I was younger I got that feeling when I pushed my heart rate over 200. That was a long time ago I have to admit. It passed though, especially towards the end when I could see where I was going again.

One of the big positives in the trip is that I bought a ten dollar watch and it works. Every other watch I have tried since they started going haywire on my first trip in 2007 has been a failure. That has at least enabled me to coordinate timing with the pick-up lads

A big thanks to everyone who has sent me messages. They really are a big motivator.

Klaas:  Almost at Baton Rouge. The weather today is lousy, rain rain and more rain, I don’t know how Steve motivates himself to get into wet gear and be soaked by rain or mist. Imagine opening your lunch box in this weather and having instantly soggy sandwiches. Brrrrrrrrrrrr. Klaas